Crash returns for his first entirely new game in over a decade. 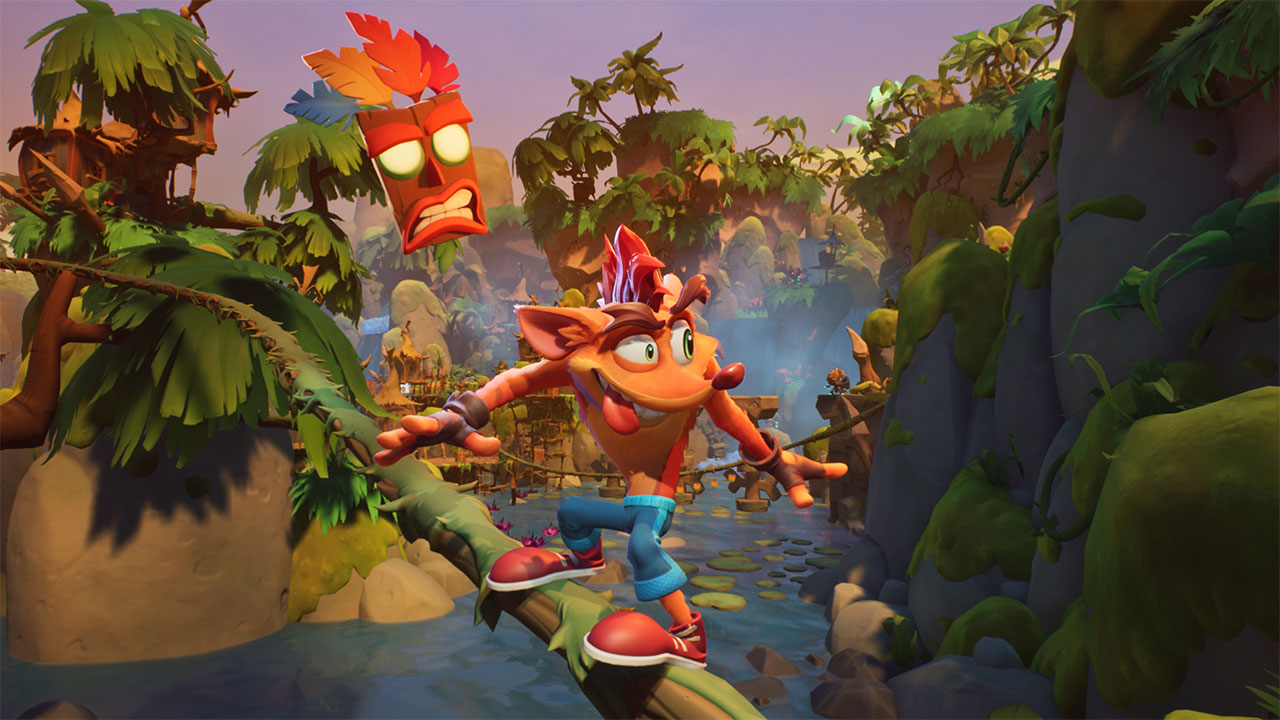 Crash Bandicoot originally debuted on the PlayStation and quickly became a fan favorite for not only the games themselves, but the fun marketing surrounding them as well. After the well received original trilogy, the series saw a downtrend that eventually led to it going on hiatus before finally making a comeback with 2017’s Crash Bandicoot N. Sane Trilogy from Vicarious Visions. Fresh off their Spyro remake with the Reignited Trilogy, Toys For Bob has now taken over and is set to release Crash Bandicoot 4: It’s About Time later this year. With a few months to go until the release of the game, we were able to go hands-on with Crash Bandicoot 4: It’s About Time and these are our impressions of our first experience with the game.

In this preview, we were given three levels to check out, two of which featured Crash exclusively and one that allowed us to play as Doctor Neo Cortex for awhile. The first of these stages was titled Snow Way Out, which is set in what we were told was a zombie fishing village. Almost immediately, this stage introduces us to one of the game’s core new mechanics, which are the Quantum Masks.

The specific mask found in Snow Way Out is known as Kapuna-Wa and is activated by pressing Triangle or R2 to slow down time for a few seconds each time you use it. You may think that this will make the game a breeze, but that could not be more wrong. The platforming design takes into account that you have the mask and requires you to use it in many areas, with it even making things more difficult by having to go back and forth between when having to use it or not use it. The mask is not usable for the entire stage either, as it was reserved for certain segments only, which helped it to not overstay its welcome as a new mechanic.

Snow Way Out had multiple different areas with different types of obstacles for you to get past. This included typical platforming in some places, while other had you jumping across falling ice blocks or pieces of ice in the river as you are having to move forward to avoid falling in the water. There will definitely be a learning curve as always with Crash here, with this level having some really tough moments.

The second stage we got to try was known as Dino Dash, which introduced yet another type of mask named Lani-Loli while traveling back to the time of the dinosaurs. This one in particular lets you phase objects between dimensions by pressing Triangle or R2, which allows you access to specific crates and also allow you to advance through the stage. One part of the stage also introduced rail grinding, where you had to phase objects in your path in and out to avoid being hit and instantly dying. This wasn’t too bad to pull off here, but I can imagine it being use in some very difficult situations that require very quick reflexes.

Dino Dash also brings back a classic Crash staple where you have to run towards the screen while being chased by a T-Rex. This happens a few times during the stage and is very intense each time it happens, as there are many obstacles in your way that can slow you up or even kill you immediately.

The final stage we got to try out was actually a reversal on Snow Way Out, as you get to play from the perspective of Doctor Neo Cortex instead in what the game treats as special stages known as Timelines. This one in particular was titled Snow Way Out: Cortex Timeline and lets you play as Crash’s arch nemesis. As Neo Cortex, you have limited jumping skills, but have a rocket boost attack that you can use to go side to side. In addition, you also have a blaster that you can use to shoot enemies to turn them into a platform with one shot and jelly to bounce off of with a second shot.

What is interesting about these Neo Cortex missions are they are happening simultaneously with the Crash stages, as a ship stuck in ice being blown up in Crash’s stage is as a result of your time as Neo Cortex. In fact, after you reach that point in the Neo Cortex stage, you will take back over as Crash with a more difficult and obstacle filled version of the remainder of the stage. In this case, fire cubes are littered all throughout the rest of the level that make things much harder. This is a unique way to add replay value to the various stages, so it will be interesting to see how many of these instances are found in the rest of the game.

Crash Bandicoot is known for its difficulty and the three stages we got to play definitely kept that tradition going. This game actually offers two different modes to choose from with both Modern and Retro. Modern definitely makes things a little easier by giving you infinite lives, allowing you to keep restarting from your last checkpoint again and again. Retro plays just like the classics and N. Sane Trilogy did where you have a certain number of lives and can find extra lives in crates throughout the level.

One of the major features that was conveyed was that not only can you play as Crash in the regular stages, but Coco would also be playable throughout the game. Toys For Bob told us that this was a decision made from the very start before they even began development on the game and not something that was added later. While the demo we played did not give us the ability to play as Coco, we were told that she would be playable in every level that Crash could and would be able to be switched out at anytime.

While we were only given the three levels discussed above to try out in this preview, we played through these stages numerous times each to make sure we saw everything that there was to see with them. It may have only been a sample of what will be a much longer game, but it’s looking like Crash Bandicoot 4: It’s About Time is going to be the worthy successor to the original trilogy that fans of the series never really received in the past.