The latest news in the world of video games at Attack of the Fanboy
May 27th, 2017 by William Schwartz 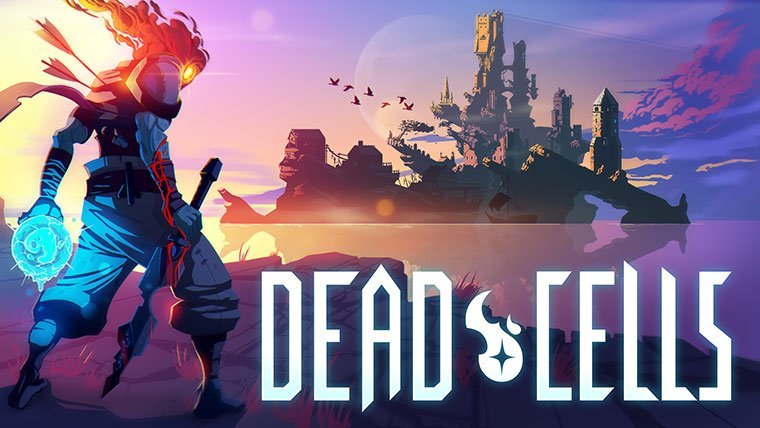 Over the last few years there has been a renaissance in the indie game development community in a couple of very specific genres: Roguelike and Metroidvania.  It seems like every month another developer is putting their spin on one of these genres, while staying constrained by a typical set of rules.  Dead Cells from Motion Twin is something a little different it combines the two genres into what they’re calling a “Roguevania.” In its current form Dead Cells has a lot of promise.  It shows off some of these aspects while also displaying that they’ve got nice core gameplay mechanics in the fast-paced 2d-combat that takes a riff from the ‘Souls series of games.  It also doesn’t hurt that they’ve got a appealing art style in place going old school with pixel art.

Dead Cells in its current form fits the bill of what they’re calling the game in a “Roguevania.”  One the one hand you have the elements and permadeath of the rogue-like.  Many of the features of the game can be found in a lot of the games that have been released in recent years in those genres.  Play Dead Cells, progress, earn new weapons and power-ups and make you character more powerful to make that ever-illusive one life run to the end of the game.  The important thing to note here is that you are making progress when you play Dead Cells, assuming that you can make it to the end of a level when you play the game.  Doing so is where they wrangle in elements of the Dark Souls series of games.   Killing enemies earns you cells, and these cells can be spent if you make it what is known as the collector.  This collector allows you turn in your cells for items, power-ups, and other items that will help you progress further and further into the game.  The flip side of this, if you don’t make it to the Collector you’ll lose all the cells that you’ve accumulated.

Where Dead Cells differs somewhat is in that the power of your character and increasing enemy difficulty isn’t the only thing that is gating your progress.  In Dead Cells, you’ll also need to find special abilities that allow you to get to places in the world that you couldn’t get to before.  There’s an ability to instantly create a hanging vine where the game permits and another that allows you to transport between Sarcophagi.  Either way, these items gate your progress and you’ll need to face tough enemies to earn them.  In concept, the combination of these two genres is absolutely incredible.  Dead Cells feels far from done though, but it shows a ton of promise if there’s more content to be added down the line.

What is there to enjoy right now is a whole bunch of weapons to explore and play with.  There are also a number of abilities to try out against a decent number of enemy types across quite a few different unique areas of the game.  There are a couple of bosses to tackle as well, and the game will certainly offer you a challenge.  Tinkering with loadouts at this stage of the game is also quite fun as you can spend your cells to upgrade weapons and abilities.  As a game that is procedurally generated, there are a number of secrets, chests, weapons, and items to found just through playing on any given run through the game.

This is Dead Cells

The combat in Dead Cells is rock-solid.  Weapons and items may need some balancing going forward but for the most part the combat feels fun.  It most certainly does have that Dark Souls feel to it as you’ll be rolling, dodging, and countering deadly enemies that if not dealt with swiftly and smartly can quickly overwhelm you.  What the game doesn’t do like the Souls series is allow you to go back for the cells that you dropped on death, so it’s not entirely comparable in that regard.  On the visual front, the pixel artists of Motion Twin should be commended for making such a great looking game.  There are some really creative enemy designs in the later stages that make for an eye catching adventure.

In its current form Dead Cells feels like a proof of concept of a game that could be considerably longer and even more ambitious as development continues.  That is yet to be seen though.  Dead Cells has been out for about a month and the playable content in the game comes to a screeching halt once the game has been “beaten.”  How much more we see as development continues is yet to be seen or announced, but what is already on the table is enough to keep you busy for quite awhile.  Hopefully Motion Twin has more in mind for Dead Cells, because its a game that is showing an incredible amount of promise at this point.