The Present State Of Shaders In Destiny 2 Is Unacceptable

The latest news in the world of video games at Attack of the Fanboy
September 7th, 2017 by Jelani James 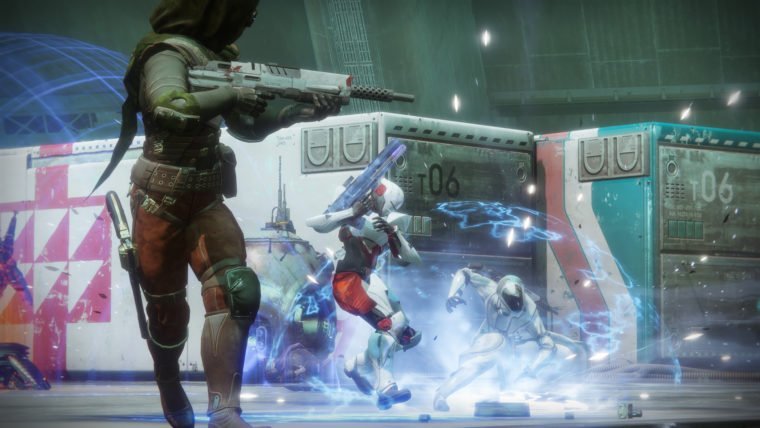 Destiny 2 finally came to consoles on Tuesday and it’s already proving to be a clear improvement over the previous installment. However, with everything that Bungie did right with the game, there is one thing that went horribly wrong: shaders.

To put it plainly, the present state of shaders in Destiny 2 is completely unacceptable for a whole number of reasons.

So here’s the deal: In Destiny, players could obtain shaders — which were used to apply different colors to your character — through various means, whether it be through random drops, purchases or as a reward for doing something particularly noteworthy. What made them fun, however, is that they had infinite uses, so you could switch between them at your heart’s content once you found some that you liked.

This, however, is not the case in Destiny 2. Now, shaders are consumables that disappear on use.

What makes this particularly troubling is that they are also more difficult to obtain and it’s no longer a matter of simply buying them from a vendor. Now, shaders can be found randomly in new items called Bright Engrams and while its fully possible to obtain a large stock of them normal methods, the easiest way is to simply buy them using real-world money. Through the use of silver, players can go to the Eververse Trading Company and trade some of it to buy a Bright Engram which may or may not have a shader inside.

The mere thought of having to use real-world money to bolster your stock of shaders is bad enough, but what makes it far worse is that silver isn’t necessarily cheap and the costs add up. A quick glance at the PlayStation Store reveals that there are four price points for silver:

Clearly, you’re meant to buy in bulk if you want the highest chances at getting a shader. However, considering that the highest price point is $49.99 — a mere $10 less than the actual game — why not just shell out the extra cash and buy a copy for your friend? At least in that instance, you can suffer looking horrible together.

Unfortunately, it only gets worse from here. For whatever reason, Bungie decided to make shaders work on only one piece of armor at a time, which means players would have needed to get four copies of the same shader if they wanted their entire outfit to match. What’s interesting in this situation, however, is that Bungie somehow seemed to realize that this would be a problem, but chose to be rather heavy-handed in addressing it: offer shaders in stacks of three. This means that three of your four pieces of armor will be altered by the shader, but you’ll still need to find another shader of the same color scheme to complete the set.

What happens if you want to use a different color scheme? Well, better hope you have two more stacks of that same shader in case you ever decide to switch back.

What happens if you get a new set of gear? You know the drill.

The worst part about all this is that there was no mention of this change whatsoever in the weeks leading up to Destiny 2’s launch. With all the media coverage and Bungie’s own advertisements and releases, one would think that such change would be disclosed pretty early on. As such, the change left players absolutely blindsided by the change, prompting many of them to head to Reddit in revolt.

One thread highlighting this very issue has 37.5k upvotes as of writing this. In it, redditor WeilageM calls on the community to not spend a penny on Destiny 2 microtransactions until Bungie makes shaders unlimited use again.

“Getting a stockpile of shaders doesn’t beat just having a collection you can use at will, even if the shader drops were so frequent that you never ran out of the ones you want,” WeilageM writes. “At that point, why even have them be consumable? Because you’re supposed to run out, get impatient, and just start dumping money into Eververse so you CAN have a stockpile.”

Of course, there are other microtransaction issues that Destiny 2 suffers from, such as gameplay-affecting mods and the presence of Bright Dust. However, shaders are the biggest offender.

As stated previously, it is fully possible to get a full stock of shaders through f2p means (my editor states having more than what he knows to do with after 20-30 hours of playing), so perhaps this dilemma takes on a different meaning depending on the beholder — they’re cosmetic items after all. However, when all is said and done, it’s clear that Bungie either thought that having frequent consumable drops was an improvement over rarer permanent rewards or purposely retooled shaders to fit into its microtransaction system in order to turn a profit.

In either case, its clear that Destiny fans are not pleased with the change and are starting to call Bungie out on it. Now, all that remains to be seen is whether Bungie will listen.