An Imminent Devil May Cry 5 Reveal Is Looking Increasingly Likely

The latest news in the world of video games at Attack of the Fanboy
December 7th, 2017 by Jelani James 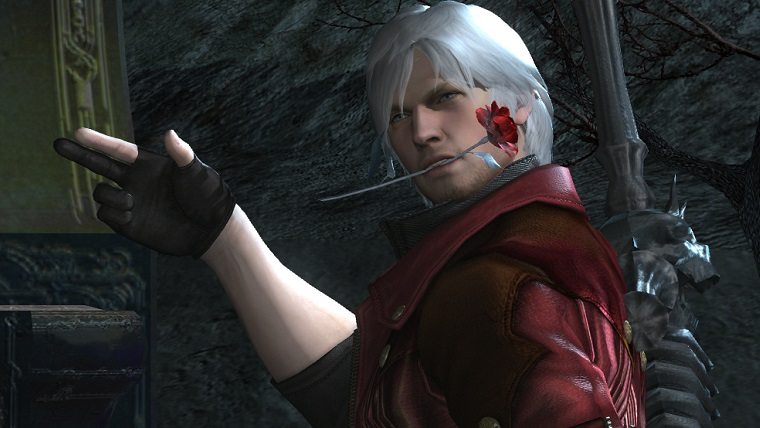 Is this a coincidence or an indicator of what’s to come?

This is the question that many Devil May Cry fans are asking following Capcom’s recent announcement of Devil May Cry HD Collection coming to the PlayStation 4, Xbox One and PC.

The Devil May Cry HD Collection takes Devil May Cry 1, 2 and 3 puts them all on one disc so fans who can no longer play them due to no longer having a PlayStation 2 or those who simply have not played any of the earlier games, can reconnect with the franchise that started the “Extreme Combat” sub-genre. It’s an easy way for Capcom to profit off of one of its most popular franchises without actually making a new title and it’s something it already did on the PlayStation 3 — making it the second time such a collection would be released.

However, the timing this time around couldn’t be any more suspicious.

Rumors have been swirling about Devil May Cry 5 for quite some time now and things reached a fever pitch recently when detailed rumors about the alleged game surfaced. Among many other things, the leak suggested that Nero, Dante and Vergil will be playable, there would be greater environment interactivity, would be powered by Unreal Engine 4 and shall be a PlayStation 4 exclusive when it releases in the 2019 fiscal year before later coming out on the PC.

Per usual, rumors like this are to be taken with a grain of salt; and this instance was particularly notable because the OP had agreed to take a permanent ban if it turned out to be hoax.

However, many things were pointing towards an eventual Devil May Cry 5 well before then.

The strongest indicators came from Hideaki Itsuno, director of the Devil May Cry series from 2 onwards, who tweeted at the end of 2016:“Happy New Year! I exert myself in order to announce a new game this year. Thank you.” This was followed by a tweet several months later when he apologized for not appearing at E3 2017 and provided a status update about his mystery project, saying it was “progressing smoothly” and to “look forward to the announcement.”

Outside of those tweets, there were also various tidbits that pointed towards DMC 5, such as a special reward you earn for being Devil May Cry 4: Special Edition on the highest difficulty… 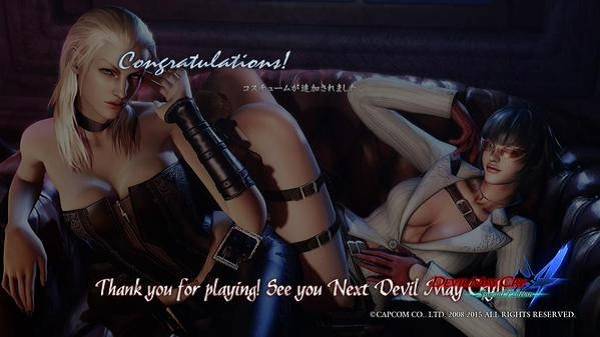 Or when Johnny Yong Bosch (Nero’s VA) was asked about Devil May Cry 5 at MCM Comic-Con 2017, and rather than answer directly, he physically put his tongue in his cheek and looked away. It’s obviously not an outright confession, but it’s interesting that he made such a gesture rather than make a verbal statement.

Assuming that these indicators point to Devil May Cry 5 really being a thing, the only question at this point would be when it will actually be revealed.

And the answer to that question would be “Very Soon.”

This is a big week for the video games industry, as the Video Game Awards is tonight and PlayStation Experience is over the weekend. Both are likely times for Devil May Cry 5 to be unveiled, as there will allegedly be big surprises during both.

As far as the VGAs are concerned, executive producer Geoff Keighly has been suggesting there will be huge surprises in store ever since the date for the event was set and he recently threw oil on the fire when he told a user on ResetEra to look forward to the VGAs when s/he questioned the notion of DMC 5 being revealed there rather than at E3 2018.

Meanwhile, as a PlayStation 4 exclusive, revealing Devil May Cry 5 during PlayStation Experience 2017 would be a great way for both Sony and Capcom to end the year. Furthermore, PSX is a particularly important event for Capcom since it holds the Capcom Cup tournament for Street Fighter 5 and the Battle for the Stones tournament for Marvel vs Capcom: Infinite there. In fact, Capcom has shown that it is willing to make major reveals during PSX too, as that’s where the first trailer for MvC:I was unveiled nearly a year ago.

The bottom line is that with all of the language pertaining to Devil May Cry 5 and the promise of huge surprises in recent weeks, the fact that Capcom chose to reveal an HD Collection for Devil May Cry 5 is very suspicious. I say that the game could be revealed “very soon,” but if things pan out the way things suggest, that reveal could happen as early as tonight. Stay tuned.