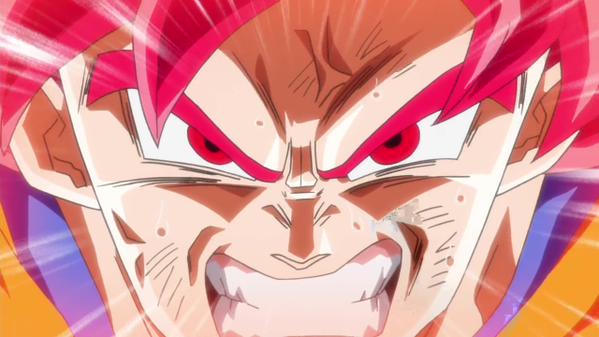 Another week and another Dragon Ball Super episode concludes. This week, episode 13 features the final stages of the Beerus vs Super Saiyan God battle.

Just like we left off last week, there is a power struggle between Goku and Beerus going on. Both of them are laying out their powerful energy attacks to one another and neither of them want to quit.

Their immense energy can be felt both on Earth and even in the land of the Kais. There has never been a battle quite like this and the way it has been portrayed in Dragon Ball Super makes it feel more dramatic than how it was Battle of Gods.

In all honesty, the first half of this episode is mostly just Goku and Beerus in a power struggle unleashing their energy attacks. It drags on quite a bit and none of them seem to be getting the advantage. This episode could have added a few more things to make it exciting, but at least it’s better than filler content.

After around 10 minutes of Beerus and Goku blasting each other, their energy dissipates and a bright yellow explosion covers all of Earth. Everyone on Earth thinks the world is ending, but the glow fades away. There’s a semi-funny of Hercule Satan on his mobile phone trying to explain to the other Earthling what the heck is going on. 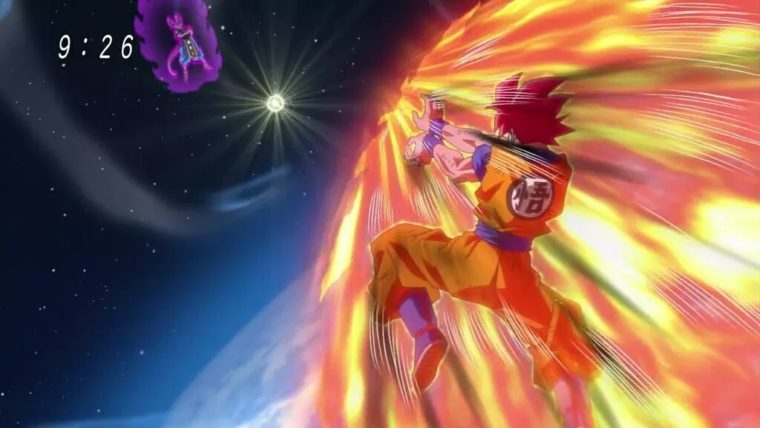 Since Goku and Beerus are evenly matched, the two decide to trade fists again. This is when the episode gets a little more exciting. I’m not sure about you, but I always prefer Dragon Ball episodes when the fists fly. Although the Cell vs Gohan Kamehameha battle was the best energy blast battle in DBZ.

However, Goku’s body has managed to absorb the God power and is still pretty much powerful even though he does not physically look like a Super Saiyan God. The two are still punching each other and seem to be entertained. The two smiling ends the episode.

Overall, this Dragon Ball Super episode was not as entertaining as episodes 10 – 12. It was still decent, but could have been a little better. It appears the fight might be ending very soon so look out for next week for our review/summary on that.