At the end of Dragon Ball Super episode 24, we finally saw Goku change to the Super Saiyan Gold Super Saiyan form. To keep it short, we’ll just call him Super Saiyan Blue. In episode 25, another transformation occurs as Frieza turns to his new Golden form.

Episode 25 wasn’t as action packed as I would have liked, but it’s great to see how fast they are getting through the Resurrection F saga. It appears they are rushing through the fights as things are getting done much quicker than in the Battle of Gods saga.

An interesting change in the TV show is that Frieza tries to attack Goku in his base form. It’s possible Frieza is feeling cocky and thought he could take Goku in his normal state. Nevertheless, Goku easily fends off his attacks. Frieza has to try harder to defeat Goku’s new Super Saiyan Blue form.

I am a little disappointed that the TV show failed to explain how Goku reaches the Super Saiyan Blue form. We do know he and Vegeta were training in the weird place that Whis sent them to in a previous episode. Other than that, they never gave us a proper explanation.

Anyway, we do know that Frieza trained for a few months in order to achieve his new Golden form. What’s great about Dragon Ball Super is that the transformations don’t take up an entire episode or more like in Dragon Ball Z. Frieza pretty much powers up and reaches his Golden form really easily. 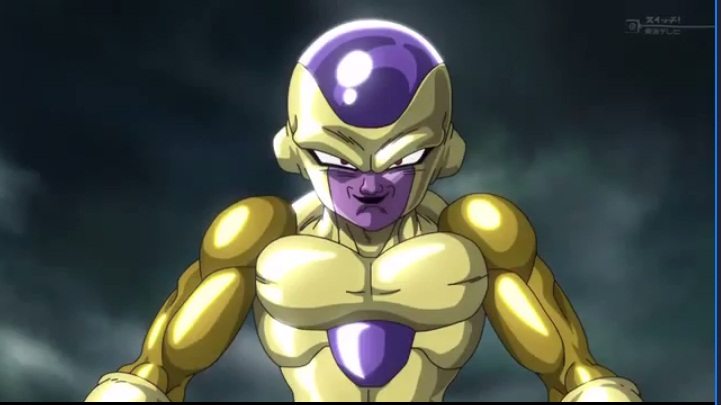 When the fighting starts, both Goku and Frieza don’t hold back. I do like the variety moves they do in the fight. They land some epic blows to one another and duel with ki blasts as well. My only problem is that the fight gets broken up too many times when the episodes cuts back to show what the other characters are up to.

I feel the fights were better paced in the Battle of Gods saga. In those episodes, they dedicated the entire episode to mainly Goku and Beerus duking it out. Here we get lots of talking segments and other character scenes that breaks the flow of the fight altogether. Some people may feel differently, but this is how I felt watching recent Dragon Ball Super episodes.

The interesting scene that occurs in this episode that doesn’t involve Goku and Frieza is Beerus and Whis’ encounter with Champa and Vados. Each pair sees one another while they are travelling in space. Beerus and Whis are wondering what the heck they are doing here. Beerus assumes Champa is here to steal his food. We will know more about Champa an Vados’ intentions next year when that saga officially starts. Beerus and Whis eventually land on Earth and everyone including Frieza sees them.

The episode ends when Golden Frieza gets the upper on Goku by pounding him to the ground. The next episode looks like Goku and Frieza will be continuing their fight. It doesn’t look like Vegeta gets involved just yet.

Fans have to remember that Dragon Ball Super does not air next week as Fuji TV is taking a break for New Year’s. It will be back on January 10th. We’ll see you then.