Dragon Ball Super episode 30 is finished and it is a mixed bag to say the least. The new parts of the episode are great because Goku and Vegeta are looking for new members to join the team. However, a good chunk of the show are just recaps of what happened in previous episodes.

Anyway, the new stuff that has been added to this Dragon Ball Super episode is interesting to watch. We get a few new information about some of the characters and what has happened to them so far. A funny part of the episode is that Chi Chi tells Android 18 that Goku and Vegeta were up in space having a long picnic. She couldn’t be bothered telling her the truth and you cannot blame her for that. Goku ditches Chi Chi all the time and that must be frustrating if you are in her shoes.

We also find out that this tournament has a total ban on fusions. Goku and Vegeta meet up with Goten and Trunks and the two kids are excited about the tournament. However, the two are sad to know they cannot become Gotenks so that won’t be strong enough to be a part of the team. This also means we won’t see Gogeta in the tournament as well.

Surprisingly, Vegeta suggests to Goku that Gohan should be a part of the team as he has the most potential. After all, he defeated Cell and could prove to be very strong if he puts his mind to training.

Fans will be happy to know that Gohan has started training again and isn’t so nerdy like he has been in previous Dragon Ball Super episodes. He’s been training with Piccolo and he could be a part of the team. 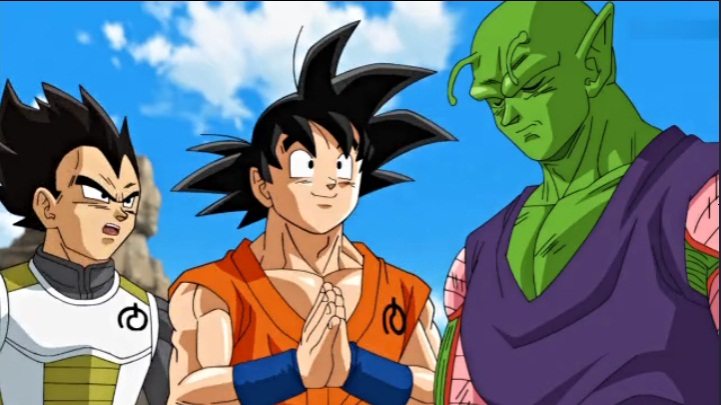 However, Gohan has to turn down the offer because he is due to attend an important conference. The tournament is in four day’s time so he won’t be able to make it in time. Goku suggests Piccolo should join the team, but Piccolo initially declines as he feels he’s too weak.

We then learn that Dende has fixed the Hyperbolic Time Chamber that was destroyed by Buu several years ago. Not only has it been fixed, but the initial restrictions from the old chamber have been lifted. The new chamber allows people to stay for 3 days so that means they are able to train for 3 years inside the chamber.

A little known fact about the old chamber is that users could only train inside the Hyperbolic Time Chamber twice in their lifetime. Goku and Vegeta used the old chamber twice, but this new one allows them to train there again from the sounds of things. That, or Akira Toriyama forgot about the rules he set before.

Moving on, Piccolo agrees to join the team knowing that he can get stronger training inside the chamber. I forgot to mention that the Saiyan pair convinces Buu to join the team earlier in the episode. Universe 7’s team is now comprised of: Goku, Vegeta, Piccolo and Buu. The last person is Monaka and Beerus and Whis will recruit him.

This episode is disappointing because it just rehashed stuff we have seen before. It’s worth skipping and you can just fast forward most of it. The new scenes are great, but they’re not enough to save what could be the worst episode of the entire season. Although the Oolong vs Beerus rock, paper scissors match comes close…

In the next episode of Dragon Ball Super, it is actually about Bulma and Jaco. This should be interesting since they’re out finding the last Super Dragon Ball. We will be reviewing that episode next week so stay tuned.