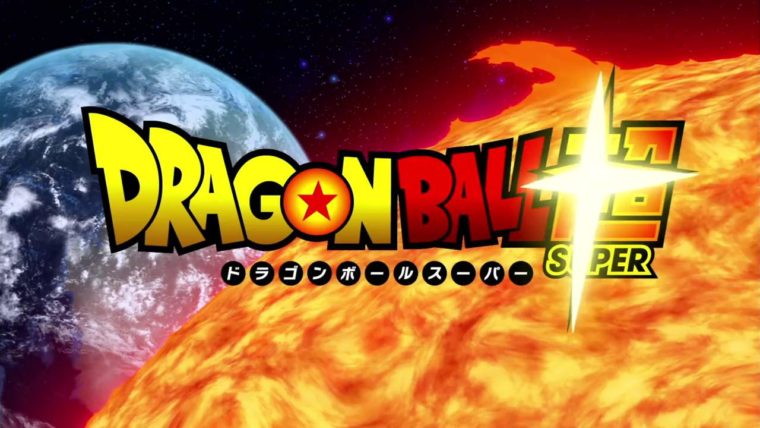 Dragon Ball Super episode 6 came on this week and we got a chance to see different character traits from both Vegeta and Beerus.

At the start of the series, we have been introduced to Beerus as a planet destroying God. In the previous episode, he managed to beat Goku in just two hits.

Here in episode 6, we see more of his evil side at the beginning. He confronts Vegeta during Bulma’s party and paralyzes him. We then get a flashback of Beerus threatening Vegeta’s father in the past.

Beerus is an interesting character because he has a short temper and gets upset over the smallest things. Vegeta’s father disobeyed him by stealing the most comfortable pillow in the Universe. Beerus wanted that pillow and is punishing Vegeta’s dad for stealing it for himself.

Vegeta as a kid sees this and gets mad. However, the kid version gets paralyzed as well and we see how powerful Beerus really is. He has the power to paralyze people just with his mind.

The episode takes a u-turn and becomes quite pleasant after this. From this point on, we see a different side to Beerus and Vegeta as they become more sociable so to speak. 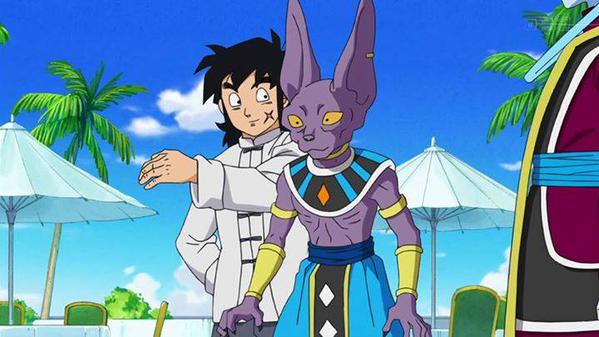 Bulma sees Beerus and Whis and invites them to the party. She thinks they are Vegeta’s “friends”. Vegeta on the other hand has to keep his cool and try and make Beerus happy. He knows the planet is doomed if Beerus gets angry.

There were a few funny moments where you think Beerus will get mad. However, he loved the fried octopus balls that Krillin offered him. He also didn’t seem to be too mad when Yamcha slapped him on the back in a “bro” kind of way.

Beerus’ short temper gets the better of him when Trunks and Goten accidentally squirt him in the face with water. This was enough to anger him, but Vegeta was quick to intervene. He killed an octopus and became a chef temporarily to make more of the yummy fried octopus balls that Beerus and Whis loved.

This scene was a change from how things happened in the Battle of God animated movie. Vegeta in the movie had to sing to get Beerus’ attention. I feel Akira Toriyama made this change as Vegeta singing seemed out of character for him. Vegeta being a chef seems more feasible for the character in my opinion.

The end of the episode was similar to Battle of Gods anyway. Beerus eventually does get mad because Buu is greedy and doesn’t want to share his pudding. Despite Whis telling him they are from another planet, Buu still refuses to share.

The episode ends with Buu getting defeated with Vegeta thinking to himself that the end of the world is near. This follows with a preview of next week’s episode of Dragon Ball Super as the rest of the gang try and beat up Beerus.

Overall, episode 6 was an entertaining and humorous episode. It didn’t have too much action and nor did it advance the plot, but it was still fun.