Dragon Ball Super episode 9 has concluded and we finally get to see Goku in his Super Saiyan God form. However, some might say the episode again ends too abruptly.

This episode focuses on the method on how to become a Super Saiyan God. Since Beerus and nobody else knows how to do it, the Z fighters call upon Shenron for advice.

Much of the beginning of the episode follows the same events that occurred in Battle of Gods, with only minor differences. Shenron pretty much explains that six Saiyans need to reach the power to become a Super Saiyan God.

Gohan, Vegeta, Trunks and Goten all hold hands while giving their power to Goku. They all power up as Super Saiyans in hopes of making Goku become the powerful Super Saiyan God that Beerus has been talking about all season long.

However, the five Saiyans failed because Shenron said six of them are needed to achieve Super Saiyan God status. Beerus becomes disappointed and wants to kill them again. Thankfully Videl saves the day and announces she is pregnant. The unborn Pan is the last piece of the puzzle. 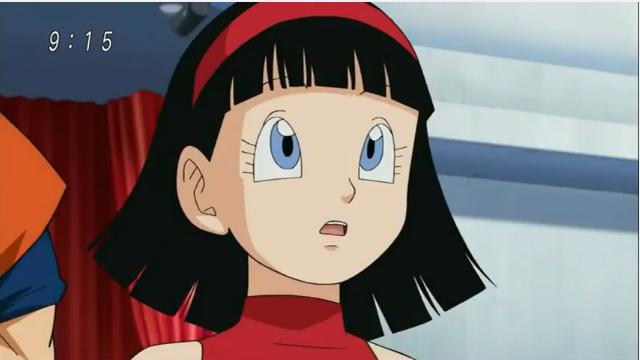 It is quite funny seeing Gohan celebrating the fact that Videl is pregnant. The Japanese voice actor makes it more humorous with the high pitched voice. Gohan is then knocked down by Hercule (Mr Satan) who is also happy with the news. Chi Chi also congrats Videl.

Beerus then bursts out in anger with all the fluff as he wants them to hurry up. You cannot blame him considering how everything seems to be dragging on for multiple episodes instead of the condensed version we got in Battle of Gods.

Episode 9 of Dragon Ball Super is then literally just 10 minutes of the transformation to become the Super Saiyan God. The animation effects are quite good and the whole scene is lengthier and more dramatic than how it was portrayed in Battle of Gods.

A nice touch to the scene is that you can even see Videl having blonde hair like a Super Saiyan too. This shows how much power Pan has inside her even though she isn’t even born yet.

What seems like a very long time, we finally get to see Goku in the Super Saiyan God form. He is glowing red and is leaner than he was before. The episode ends with everyone looking in awe at Goku’s new form. Even Beerus starts clapping happy that the Super Saiyan God myth is real. 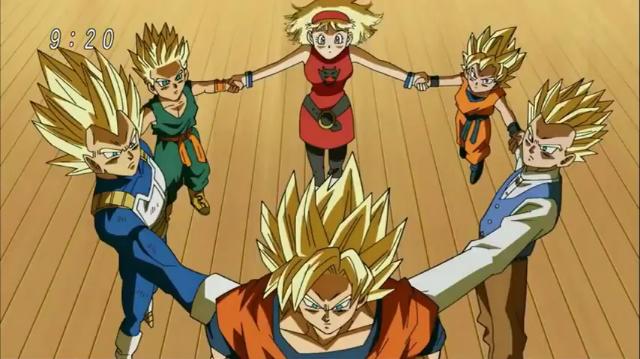 Sadly, the Super Saiyan God Goku vs Beerus fight is not happening until next week. If you want to see some action, it’s best to watch episode 10 instead.

Overall, episode 9 was much better than episode 8 as it was not just full of filler content. The plot actually got started and new viewers will get a better understanding of what a Super Saiyan God is.

If you have watched Battle of Gods, this episode may have seemed kind of slow again. The whole transformation took an entire episode to happen. This is kind of understandable since Dragon Ball has always been like this.

Anyway, episode 9 was enjoyable although may not be a crucial episode to watch if you have seen Battle of Gods before. Episode 10 might be better as we finally get see to Goku and Beerus fight again.