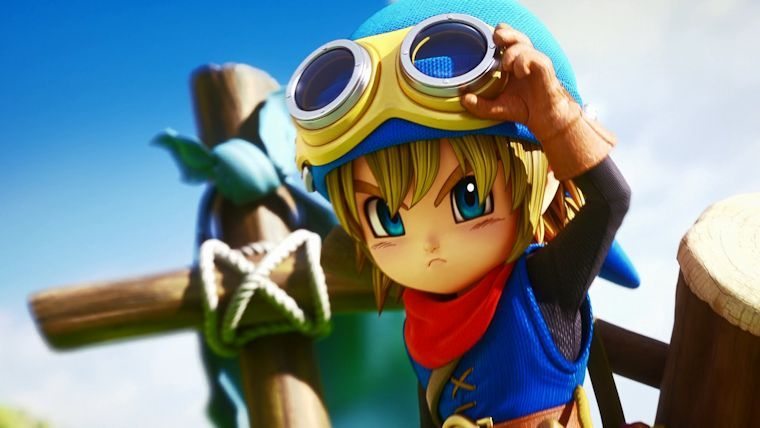 Dragon Quest has always been a smash hit in Japan, but its success in the West has always been much lower. As the franchise has shown more growth here in recent years though, we’ve gotten games like Dragon Quest Heroes and most recently the 3DS port of Dragon Quest VII finally. The latest entry in the series is a very interesting spinoff with Dragon Quest Builders and a playable demo is now available for it in advance of its upcoming release.

Dragon Quest Builders is a very interesting game in that it takes the style of gameplay found in the Minecraft series and integrates it with the world of Dragon Quest to create its own unique experience.

The demo that is available for both PlayStation 4 and PS Vita is a pretty simple experience, but there is a lot you can do if you truly want to explore more. It starts out with you in a little cave where you learn that the art of building has been forgotten by all, but you still maintain the ability, even thought your character is amnesiac. In this area, you’ll learn how to destroy pieces of the land to earn earth, craft new items, and eventually place blocks to allow yourself to escape from the area.

Following this area, you will come across a delapidated village with one resident that learns you can build things and asks you to fix the partially destroyed house. After doing this, you will then be doing a number of different quests for her, which range from creating buildings like a workshop and kitchen, to going out and exploring to find a new person to live in your village.

One you find this second person in the village, he will also be giving you separate quests as well to go off on. Before too long though, he will ask you if you are ready to take on a group of enemies that are trying to take over the village.

The fighting enemies part of the game isn’t all that fun due to its simplicity, but hopefully this is something that will grow to be better the more you play. Fighting enemies will give you special items that can be used to craft others, along with the ones you find outside of the fights, so this is a necessity to continue. The wave based attacks, which is super easy with what’s included in the demo, is just a more overwhelming version of the typical fights, so nothing too different is there outside of a wave boss that will pop up and is a little stronger.

The demo gives you an excellent introduction into the potential of this game, though you are limited to the first area in the game. By the time you play through the different quests available and get a transporter that would normally let you teleport to a new area entirely, the demo informs you that that’s the end and that you can enjoy more of the world of Dragon Quest Builders in the full game release.