Take an adventure inside your dreams. 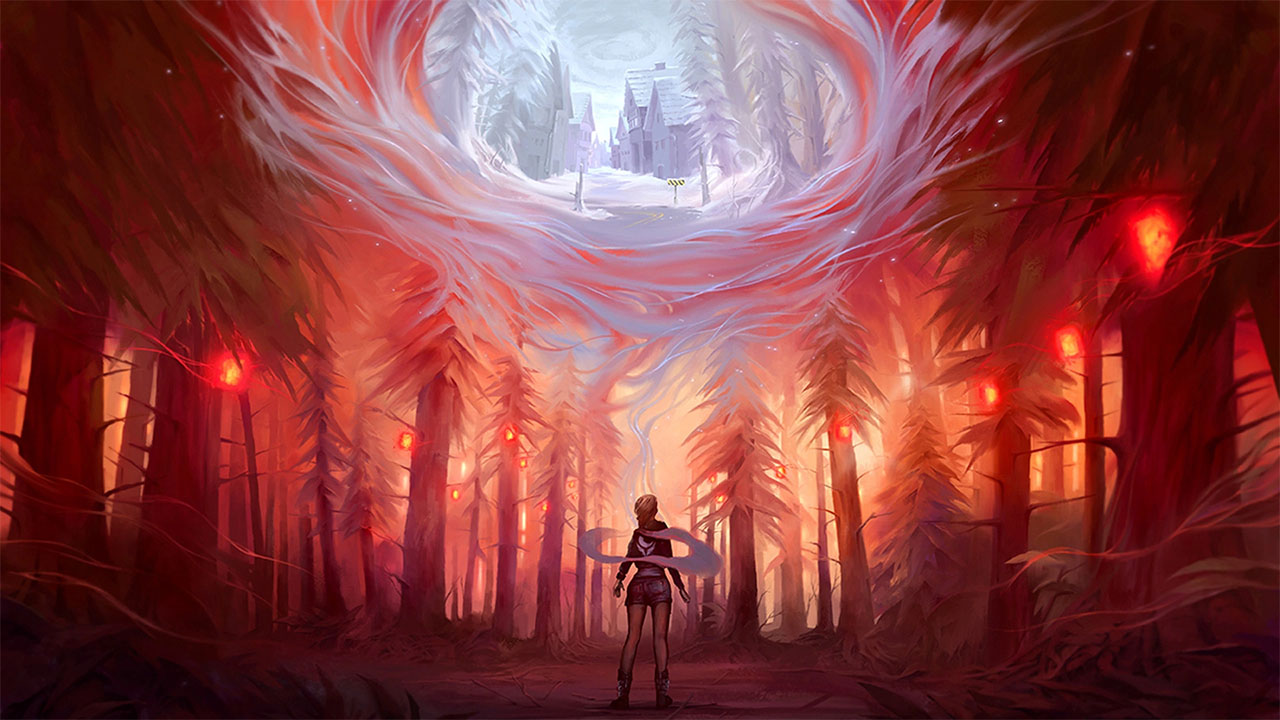 Afterburner Studios was formed back in 2018 by three game developers, where they started work on their own brand new project. A year later, they created what became a successful Kickstarter for, what is now known as, Dreamscaper. The game had a free-to-play demo release as Dreamscaper: Prologue earlier this year that gave a glimpse at what to expect from it. Now Dreamscaper has taken the next step by becoming available on Steam Early Access in what they are calling the final stage of the game’s development.

Dreamscaper is a very unique game in that it features a two-pronged approach with the living world and the dream world both featuring distinctly different play styles. The game gives you control of a girl named Cassidy who faces dangerous nightmares every night as she dives deeper into her subconscious. This is only half of the experience though, as you also get to control Cassidy during her waking hours as well. While these two parts of the game are distinctly different in how they play, they are still interconnected in some interesting ways.

The dream world is designed as a roguelite dungeon crawler that is made up of multiple separate rooms that you travel between by using portals. No adventure will be the same as another, as each trip into your subconscious will provide you with a different map entirely compared to the last. You start off in one room, with you able to choose between a few others to branch out from. Some of these are blocked off at first though, whether you need a key to unlock it or a bomb to remove a barrier. As you open up more of the map, you will discover different room variants as well.

Some rooms have a symbol to indicate the type of room it is on the map that is overlaid on the screen. These include guarantee enemy rooms, item rooms, and eventually the boss room. The rest of the rooms are going to be a surprise, including ones with enemies, refill stations, and more. As long as you come across the right items to get past locked doors or barriers, you can really skip over a lot of rooms if you want, as long as you can reach the boss room. That is not really a good idea in this game though for a number of different reasons. 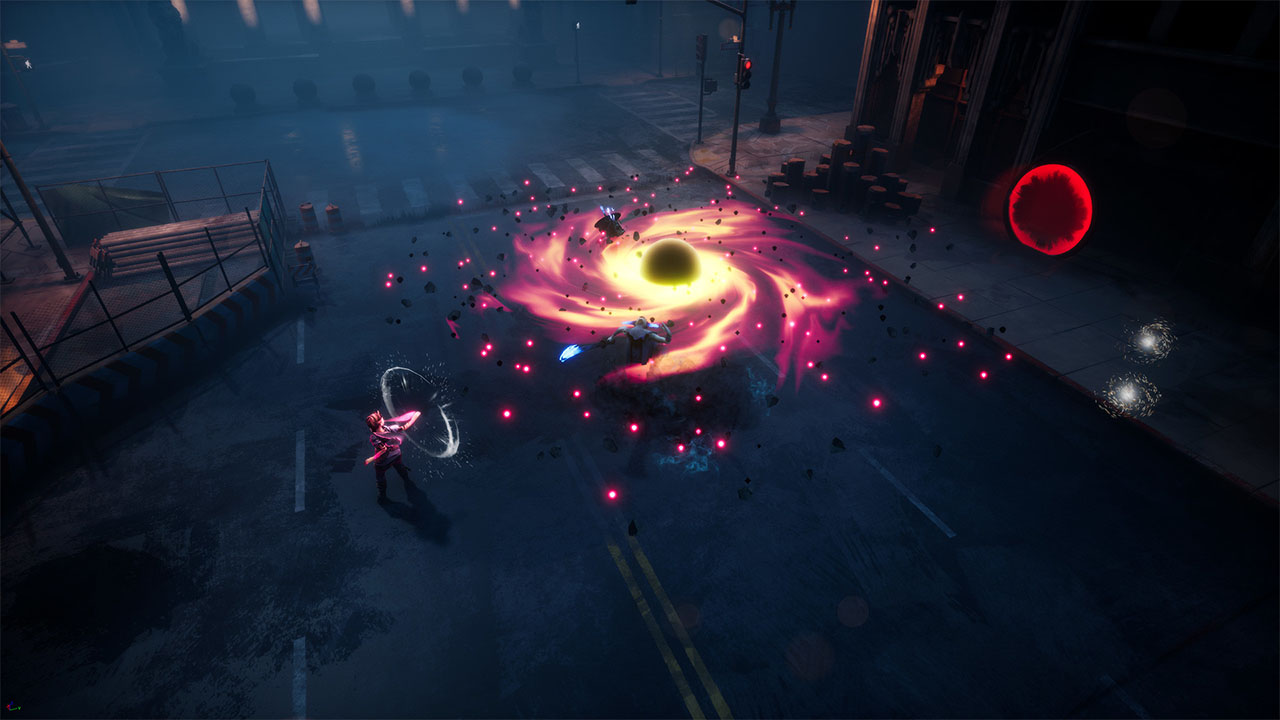 The combat in Dreamscaper is fairly basic, with you having a basic attack and a strong attack based on the weapon you have equipped at the time. These attacks typically will prevent an enemy from attacking if you are using them in succession, but you also have a block just in case as well. From there, you have two abilities that are known as Lucid Attacks that can be equipped once you find them on the map. These Lucid Attacks have a cooldown meter that doesn’t take very long, so you get to use these quite often. You also have something known as a Lucid Awakening, which you can activate for periods of time to give abilities such as slowing down time. Lastly, you have what are known as Influences, which tie into relationships in the real world and can really pay dividends as you build upon them.

Dreamscaper utilizes a top-down approach whenever you are in the dream world, so it shouldn’t be too much trouble to find the right spots to attack enemies while also trying to avoid being hit. Some enemies are definitely more frustrating than others, which is where you really need to utilize the abilities you have at your disposal to avoid an early run death.

From the beginning, you will start with the most basic of weapons and armor and no special abilities. As you clear out the various rooms, you will earn upgrades that will enhance your character, including equippable abilities, weapons, movement speed, and more. These are going to be very important if you want to make deep runs as well, so building up your stats is vital.  The game’s fast travel option for moving between already visited rooms is a major help here as well.

Returning to the waking world is done in one of two ways, either by dying while in the dungeon crawler segments or by defeating a level boss. Depending on how you did, you will get a certain amount of time in the real world before Cassidy has to go back to sleep. In these segments, you have a completely different gameplay experience as the game essentially turns into a visual novel. 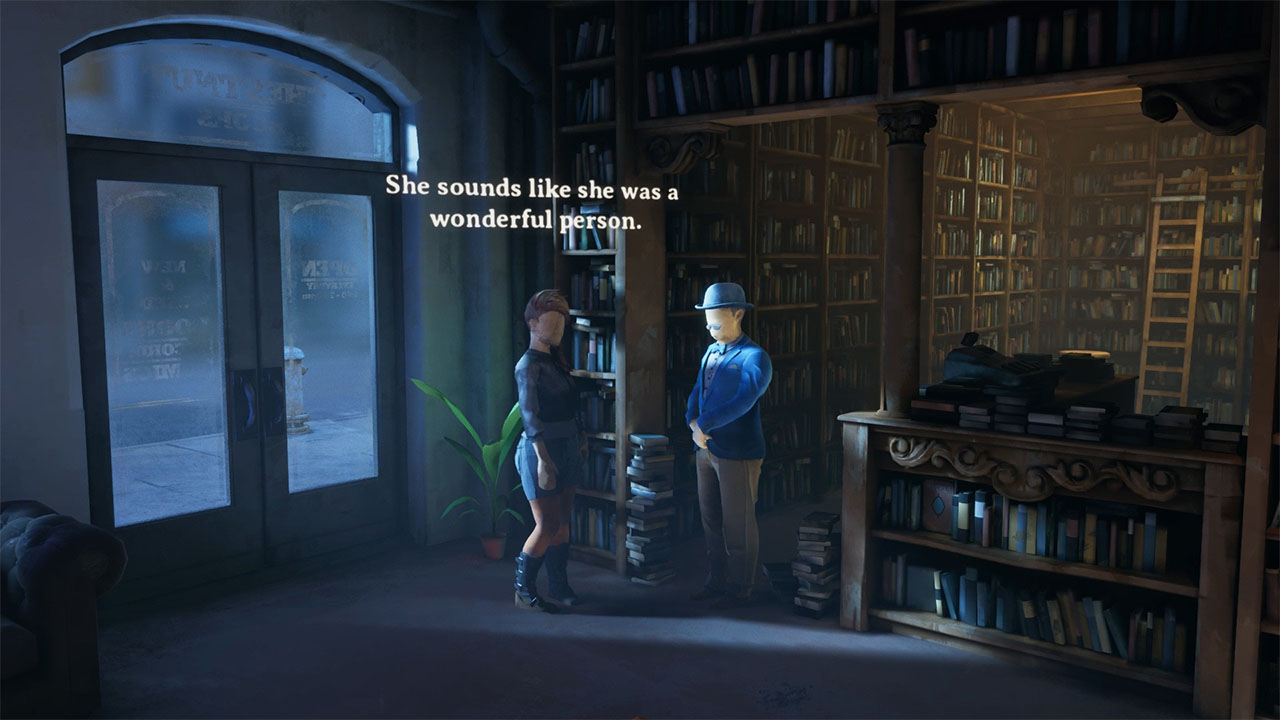 Based on the items you obtain in the dream world, you can craft special items to hold onto that will be very useful when awake. You can then travel to multiple locations outside of your apartment, with each having an amount of time that it takes to travel there. With limited time, you have to be careful about how you spend each waking minute. Once in each location, you get to speak with the various people located there and have the option to chit-chat, which uses up minutes, or give them a gift. Both of these raise the relationship meter with that character, with gifts giving you a much larger boost in particular.

The goal here is to keep raising the relationship level of whoever you want, as this will unlock new possible weapons, abilities, and more that you can come across on your journey. Each character also provides what is known as an Influence, which is a boost dependent on the character that you can enhance with each level increase on the relationship meter. These come in incredibly handy and gives you good reason to especially focus on one or a few people rather than everyone. This part of the game is very different from the action packed dungeon crawling segments, but it’s still quite interesting. The character interactions are very well written and being able to choose which characters you want to learn more about is a nice feature.

One frustrating aspect of Dreamscaper though is inspired by games like The Binding of Isaac, in that you have to keep starting over again and again upon death. While the unlocks from the waking world remain, you will always start back at level one of the dream world when you reenter it. The good news is that you do not have to fight the bosses again if you do not want, but you still have to make your way to the boss room. In addition, you will have to build yourself back up from nothing every time you do it too, making it worth exploring even level again and again. 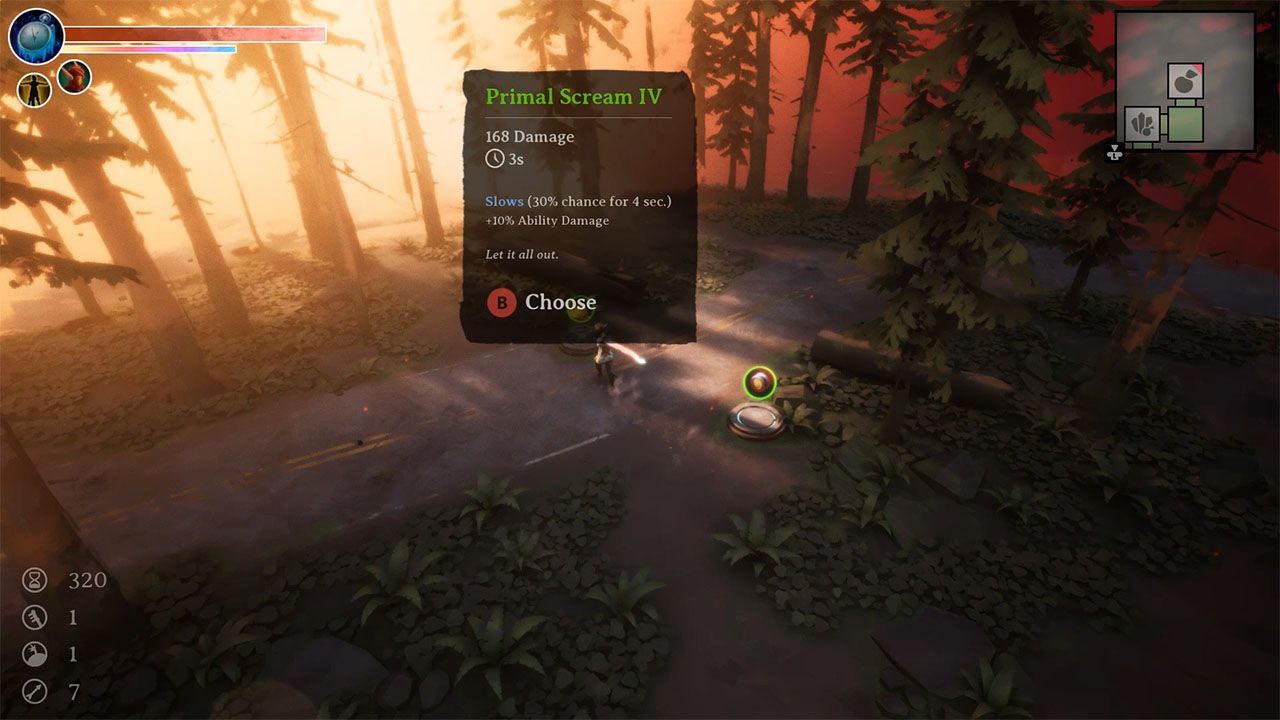 While this can get a bit tedious after multiple deaths, the roguelite design actually helps to keep the game fresh as you’re having to replay through the same areas again and again to dive deeper into Cassidy’s subconscious. For me personally, roguelite games are not something I typically enjoy all that much, but it actually works very well here.

Dreamscaper also has some very interesting visuals as well, with each character being faceless. You may think this would take some life out of the game and is just a cheap way to avoid designing them, but it actually fits the aesthetic Afterburner Studios is going for it. The use of colors that are found throughout both dark and drab areas or areas where the sunset is shining through the forest are very appealing to the eyes. They may not be a visual spectacle, but the almost storybook style they go for fits the game perfectly.

As the first game from Afterburner Studios, Dreamscaper is setting up to be a solid action RPG. Having the two completely different worlds is rather unique, with the two tying together in a few ways as well. There are some players that will definitely be turned off by having to start over in the dream world with every death, but the growing pool of resources that you can obtain based on your relationships in the waking world will keep you trying again and again to move deeper into Cassidy’s subconscious. While it is a good start with what has been provided in Early Access, Dreamscaper is supposed to get more levels, weapons, and expansion of the story among other things before the full release that hopefully will enhance the experience even further.