The latest news in the world of video games at Attack of the Fanboy
June 16th, 2016 by William Schwartz 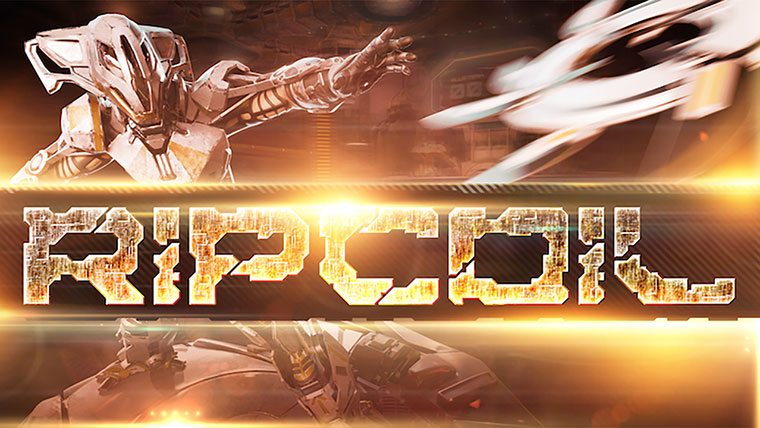 I haven’t had much of a problem watching virtual reality launch to consumers while standing patiently on the sideline. The fact of the matter is, there aren’t really that many games for either the Oculus VR or HTC Vive that are must-play titles. Furthermore, many are glorified demos. With retail VR in consumer hands and Sony getting ready to make a big push towards the more casual virtual reality market, this is the E3 where things start to progress beyond glorified tech demos and half-baked “experiences.” As these games start coming to market, it’s going to start getting harder and harder to wait.

At E3 2016 we got a chance to test out Oculus’ new Touch controllers and some of the games that use the technology. One of those games is Sanzuru’s Ripcoil, a glorified virtual reality version of pong if you’d like to boil it down to its most basic components.

In RipCoil two players face-off in a one versus one battle where players are tasked with trying to score a frisbee-like disc device into the opponents goal. Once you’re strapped into the Oculus VR headset and have the controllers in hand, the game plays a lot like a modern pong or virtual reality air hockey game.

Players use the Touch controllers to throw and catch the frisbee. Click in the triggers and you’ll open and close your hand. Hold your hand(s) out and click the trigger(s) to catch the frisbee as it comes towards your goal. Simple enough, right. There’s no doubt that RipCoil is a simplistic game, but things can get incredibly competitive farily quickly. Players can bounce the disc off of walls, and the area that you must defend is wide. You defend it by gently leaning from left to right as the Oculus’ cameras capture your body movements while working in tandem with the controllers and headset. Sliding back and forth, catching the disc, it feels pretty natural with the Oculus touch controllers.

RipCoil is unlike anything we’ve yet played on the Rift or HTC Vive. It’s a simple concept, yet fun and competitive. Ideally, RipCoil is played against online opponents. Tethering you to the real world, trash talking your opponents. The Developers who led our demo told me of plans for the game to feature parties, much like you see in contemporary fighting games, where players get together for round robin style matches. While we didn’t get to see this aspect of the game, it certainly piqued our interest as they claimed that the players waiting would be seated in the arena for the game, which was a futuristic coliseum chocked full of aliens.

We weren’t given a release date for RipCoil, but more a window of when we can expect to play it at home.  The game is expected to come out later this year, but is likely dependant on the Touch components for Oculus to reach consumers.  As the Rift still wades through launch woes and kits getting into player hands, we’ll have to wait and see what the future holds for Sanzaru’s RipCoil.