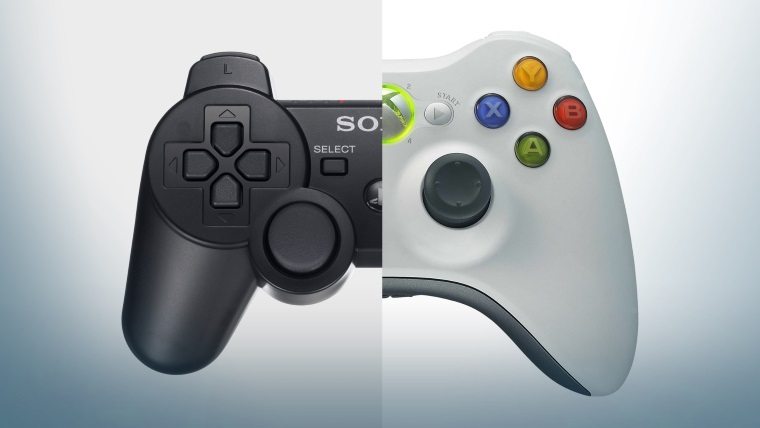 The PS3 and Xbox 360 represent one of the longest running generations of consoles ever. First launching in 2005 with the release of the Xbox 360, the seventh generation of consoles ran all the way to 2012. This seven year stretch of time covers some of the fastest and most important technological advancement in human history (the iPhone was introduced in 2007, for example), and yet we were all still playing games on the same hardware we bought eight years earlier (unless you had switched to PC of course).

Finally, and mercifully, the long wait for new hardware ended with the Wii U in 2012, and the PS4 and Xbox One in 2013. Gamers rejoiced and prepared for better graphics and more complicated gameplay scenarios. The consoles sold quickly, outpacing their predecessors and ushering in the long-awaited eighth console generation.

Something was different though, games continued to come out for the older systems well into the lifecycle of the PS4 and Xbox One, even to this day. These weren’t up to par with their current-gen counterparts, with all of them suffering major graphical downgrades. Sometimes more had to be done to make modern games work on such antiquated systems though, with Watch Dogs, Destiny, and others lacking features and bonuses. Finally we come to today when we hear that the surprise last-gen version of Call of Duty: Black Ops 3 would lack a single player campaign, simply offering multiplayer and zombie modes.

This far into the eighth generation of consoles we need to push forward, and stop looking back.

The prevailing question is “why even release the game on PS3 and Xbox 360 in the first place.” The answer is, of course, because money. Those older systems have a huge install base that was built over the years. Even with the PS4 and Xbox One selling extremely well, they haven’t made up for the eight years those systems were around. However, when the product suffers to this degree it feels like an insult more than an opportunity.

At this point, two years into their life, if someone hasn’t made the leap to the PS4 and/or Xbox One they likely aren’t expecting to get the latest and greatest in gaming. And with the amount of effort that Activision is having to put into porting the game over, it feels especially annoying to know that that time could be spent on making Call of Duty: Black Ops 3 better, or making something new.

The real question is, was the game held back in some way to make it work at all on last-gen hardware. With how much is having to be removed it is unlikely, but the fear is always there. I mean, everything in the multiplayer is being ported over, so what feature could have been there that was held back so that PS3 and Xbox 360 could get their versions. It’s admittedly an unlikely scenario, but it will always be in the back of gamers’ minds as long as these ports come out.

This far into the eighth generation of consoles we need to push forward, and stop looking back. The new Call of Duty game could have been a call for gamers to upgrade, to leave behind their older systems and join in the current generation. With them having the option to buy the game for their antiquated systems, many might hold off for another year, holding gaming back even more.

It is the unfortunate situation that we are in with technology that, occasionally, people have to upgrade their systems. Ideally we would all have the latest and greatest hardware to run the best games in the world. As it stands though we have to have these cullings every few years, clearing out the old to make way for the new. However, if game developers continue to release gimped versions of their games for older systems it just makes the process take longer. Games continue to be made with obsolete hardware in mind, and gaming as a whole suffers the consequences. Game developers need to stop releasing games for PS3 and Xbox 360 and start looking to the current generation for their audience. If not we’ll be stuck with less capable games for longer than we already have. And the PS5 and Xbox Two are right around the corner.