The latest news in the world of video games at Attack of the Fanboy
December 31st, 2015 by William Schwartz 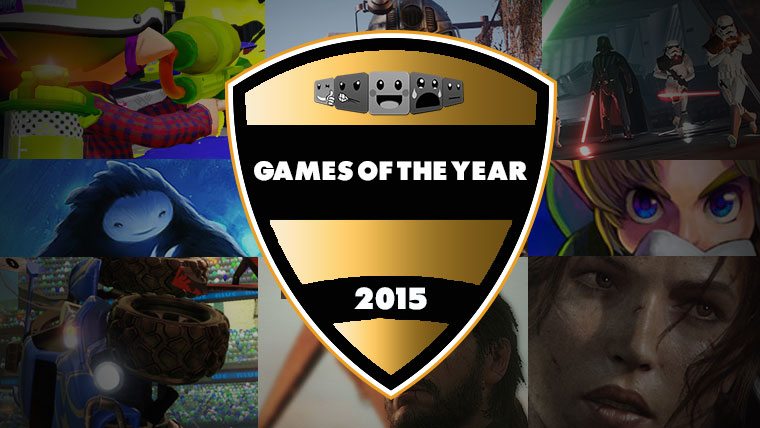 For many it was a year of innovation, with old series reinventing themselves, while new IP came out and rocked the gaming world. Each platform had something new and fresh to present to gamers.

However, it was also a year for looking back, as we saw the trend of remasters and remakes continue to take hold. Luckily, many of these remakes were of some of the best games of all time, and the fresh coat of paint only solidified their place in history.

So, with that said, we present our Games of the Year for 2015. Our entire staff was involved in these choices, coming up with nominees and then narrowing them down to the winners and honorable mentions. A few of us also put together our own personal lists, which you can check out at the end.

Platform of the Year – Xbox One 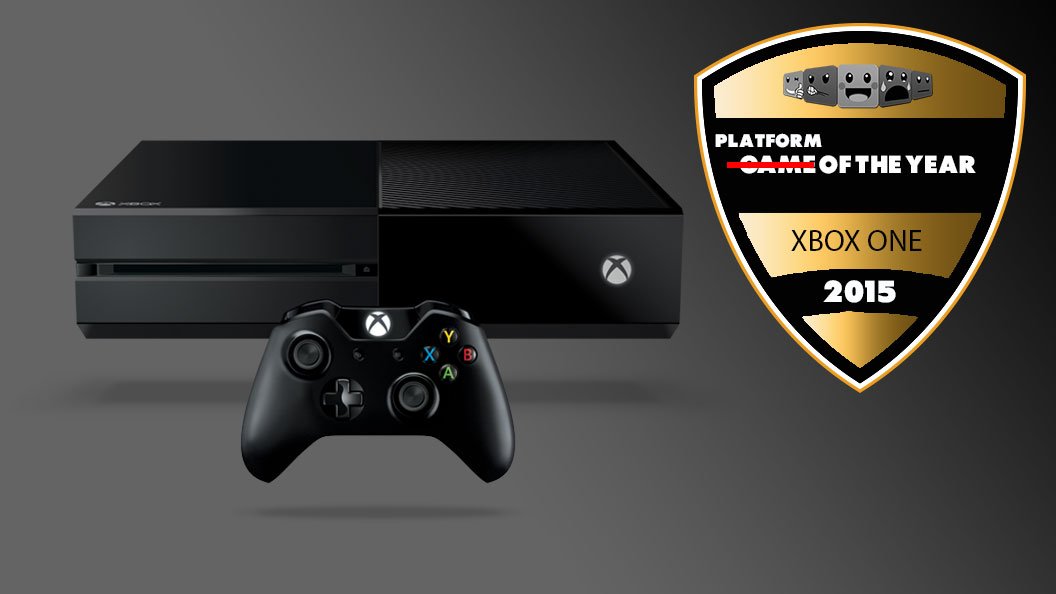 Kyle – What an amazing year it has been for Microsoft’s Xbox One. While the PS4 continues to dominate in sales, the Xbox One has quietly fixed almost every minor issue that fans might have had with it, while simultaneously adding in features that many thought impossible.

Backwards Compatibility shocked everyone when it was announced at E3 2015, and the New Xbox One Experience streamlined the interface through which gamers interact with their console. Meanwhile, Microsoft secured tons of exclusive titles for their system, with Forza 6, Halo 5: Guardians, Rise of the Tomb Raider, and Gears of War Ultimate Edition headlining what Microsoft quite correctly referred to as the best games lineup in Xbox history.

Microsoft didn’t stop there though, they also increased the options in terms of hardware, pushing out bundles, larger hard drives, and more Kinect-less systems. This helped lower the price, while giving new owners something to play right from the beginning.

This was certainly a great year for anyone with an Xbox One, and the big question is, can Microsoft continue this momentum into 2016. 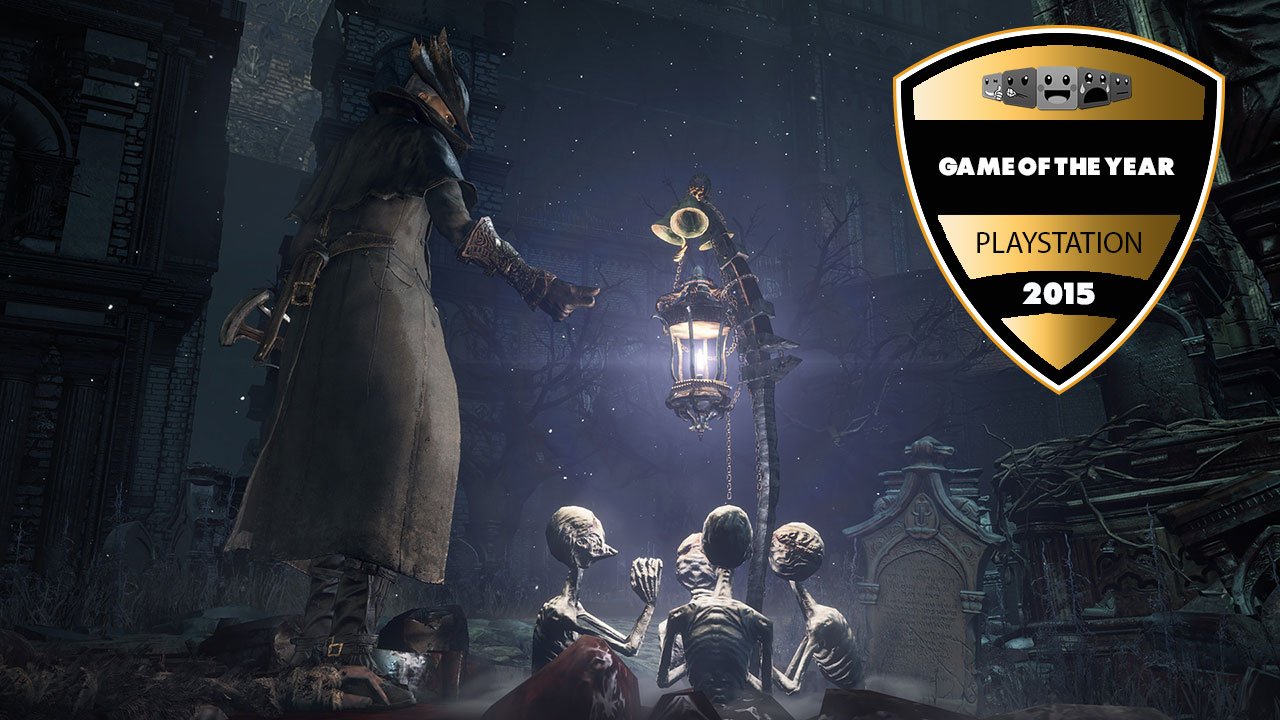 Mike – 2015 wasn’t exactly the best year for PlayStation 4 when it came to console exclusives, continuing the same trend of a lack of big exclusives the console has had from the beginning. While PlayStation 4 remained the best console to play on when it came to multi-platform titles, there were really only a few exclusives that were worth talking about this year. However, despite the lack of quantity there is no denying that the quality of PlayStation 4’s Bloodborne was rivaled by very few others this year.

While the Souls series has been going strong since Demon’s Souls launched in 2009 for PlayStation 3, Bloodborne took what was built by the previous Souls games and brought them into a more sinister and Gothic city called Yharnam that was overflowing with beautifully-ominous Victorian architecture. The same punishing gameplay that fans of the series came to expect was still front and center, but minor shifts in the mechanics that allowed you to both wield a gun and transform your melee weapon’s speed, power and reach on the fly ensured that the experience became something unique.

It’s almost a cliche now to say that a Souls game by From Software is an amazing experience, but Bloodborne is easily the best exclusive that the PlayStation 4 currently has to offer and may just be the best game in the Souls series yet. 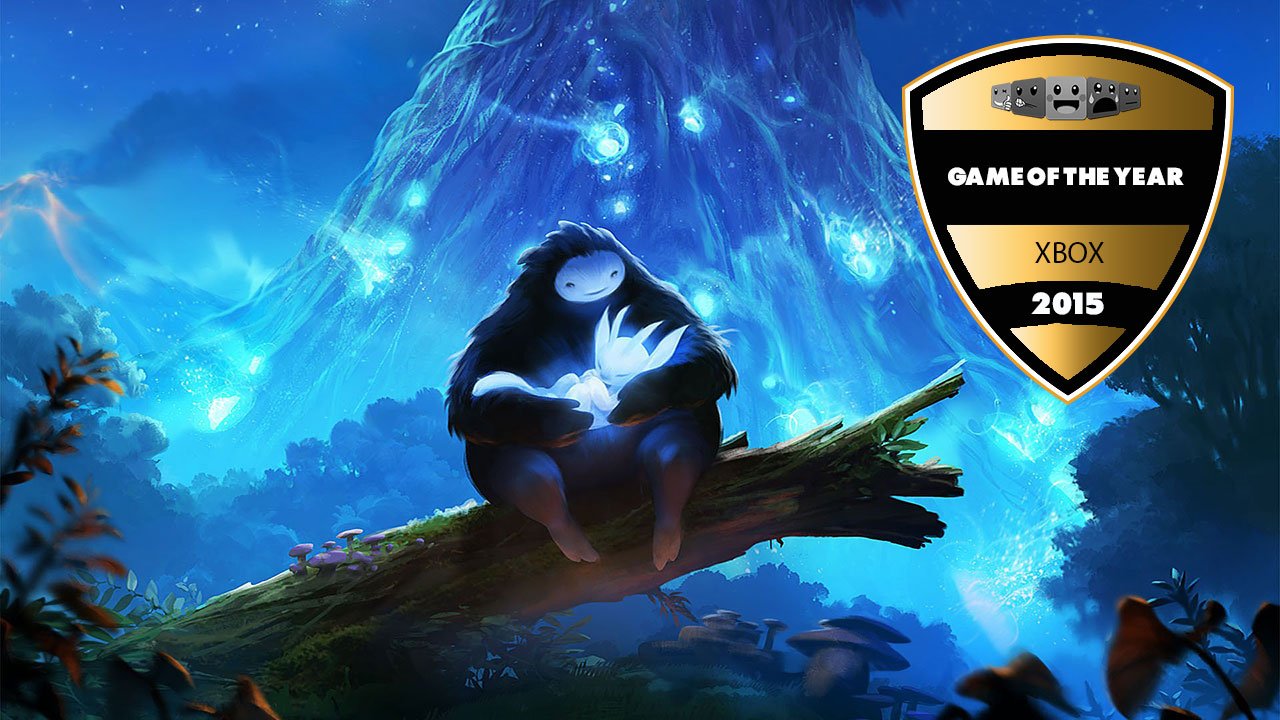 Damian – It was a pretty good year for the Xbox One console as many exclusives came out. However, only Ori & the Blind Forest felt truly fresh and exciting. There weren’t many other Xbox One exclusives that looked as beautiful as this game. Graphics aren’t everything in gaming, but this could be an exception. This game has visuals that you might expect from a Studio Ghibli animated movie.

The other thing that makes this game unique is that it’s from a genre we don’t see too often these days. The 2D side-scroller was dominant in the ’80s and early ’90s but that all changed when 3D games came around. The game is difficult sure, but the level design makes you want to try and try again in order to succeed.

Aside from the graphics and gameplay, the soundtrack is also great to listen to. Everything about this game has a magical feeling to it that you cannot help but just smile at it. There’s a reason this game was four years in development. Moon Studio needed all the time they could get to craft something that is nearly perfect. 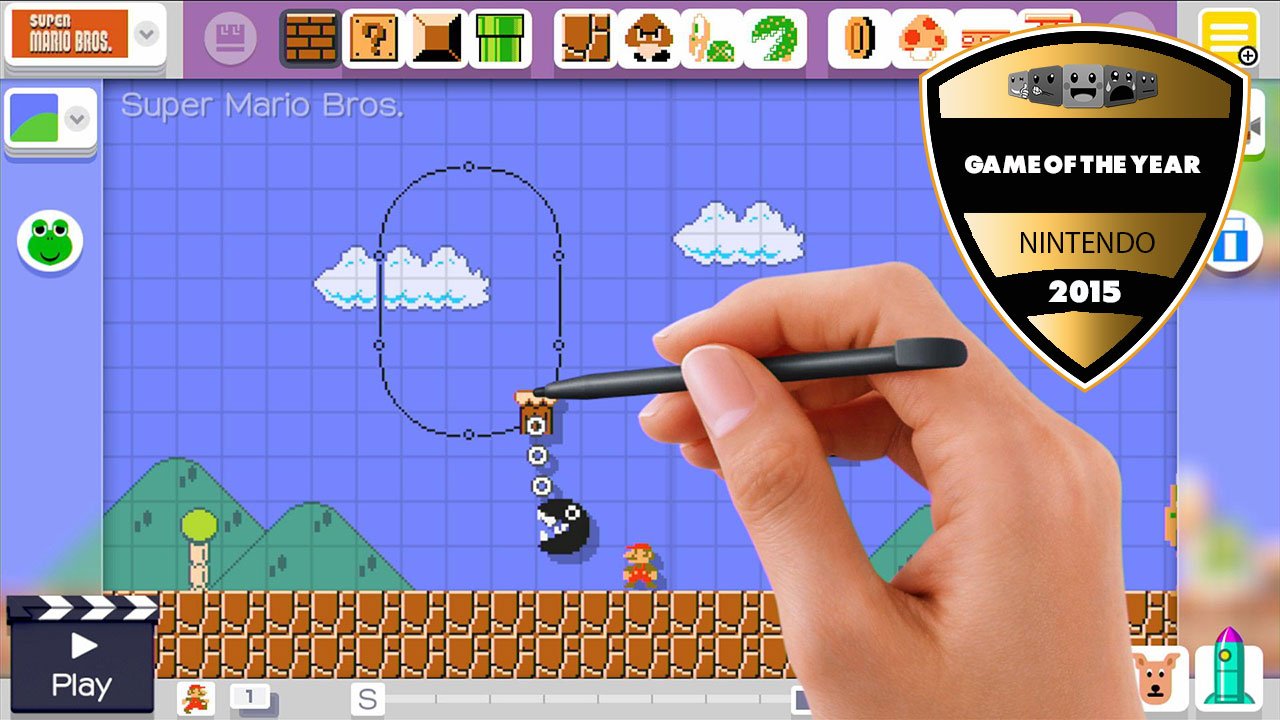 Dean – Mario is the most synonymous and iconic name in all of gaming, spanning decades of games across different genres. However, there is none more important than the side-scrolling platformer version of Mario, which is celebrated to near perfection in Super Mario Maker.

Ever since the original Super Mario Bros., Nintendo has been providing gamers with creative and unique stage designs, but Super Mario Maker finally lets you take control.

Offering a full stage creator for Mario seems like a tall task, but Super Mario Maker is as simple and easy to use as possible, while also still being very involving and open to allow for near infinite possibilities.

Between building your own stages or playing the incredible number of those made by other gamers, Super Mario Maker will provide you with pure joy and is easily one of the best games to every grace the Wii U. 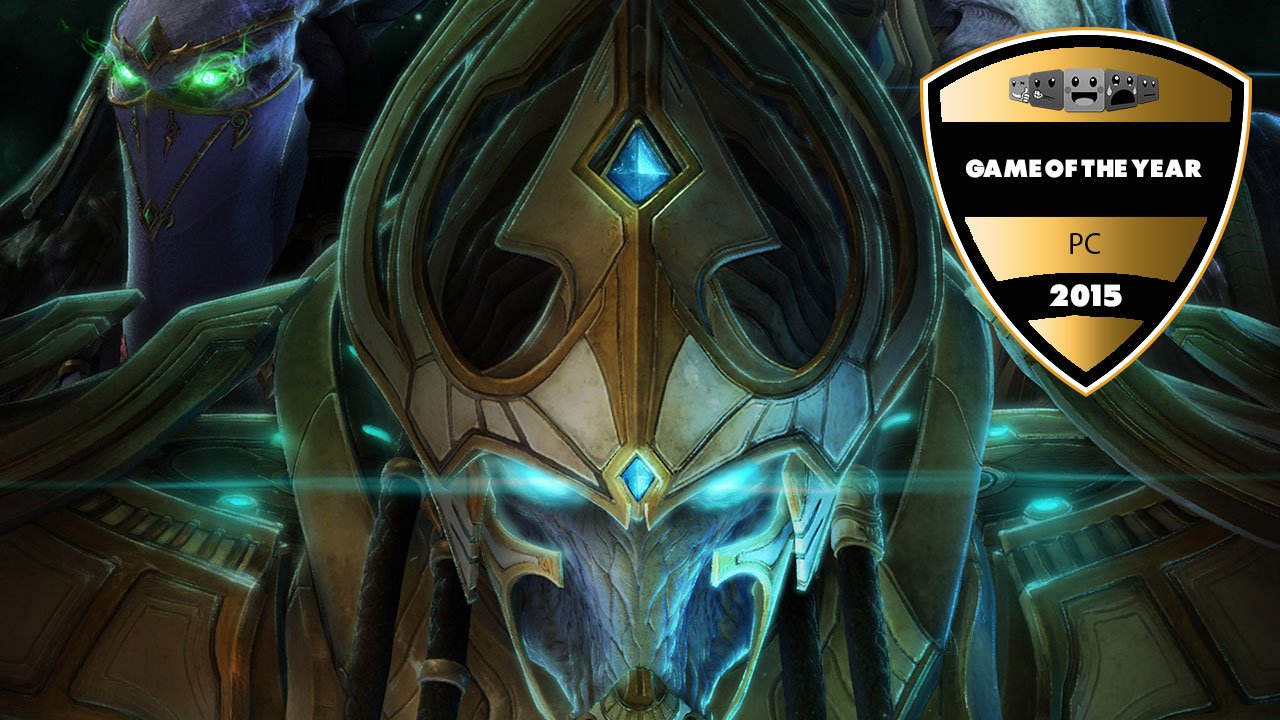 Kyle – The PC platform continued its growth toward total world domination in 2015, becoming the home to some of the best games of the year. Most of these games were multi-platform titles though, with exclusives outside of the indie realm remaining fairly tough to find.

However, if you want deep, rewarding gaming experiences, look no further than PC exclusives like Starcraft II. The RTS series came back in a huge way with this sequel, released in multiple parts starting all the way back in 2010.

Finally, after over five years we see the conclusion to this saga with Starcraft II: Legacy of the Void. Players get to experience the same classic RTS action, but this time from the Protoss side of the conflict. 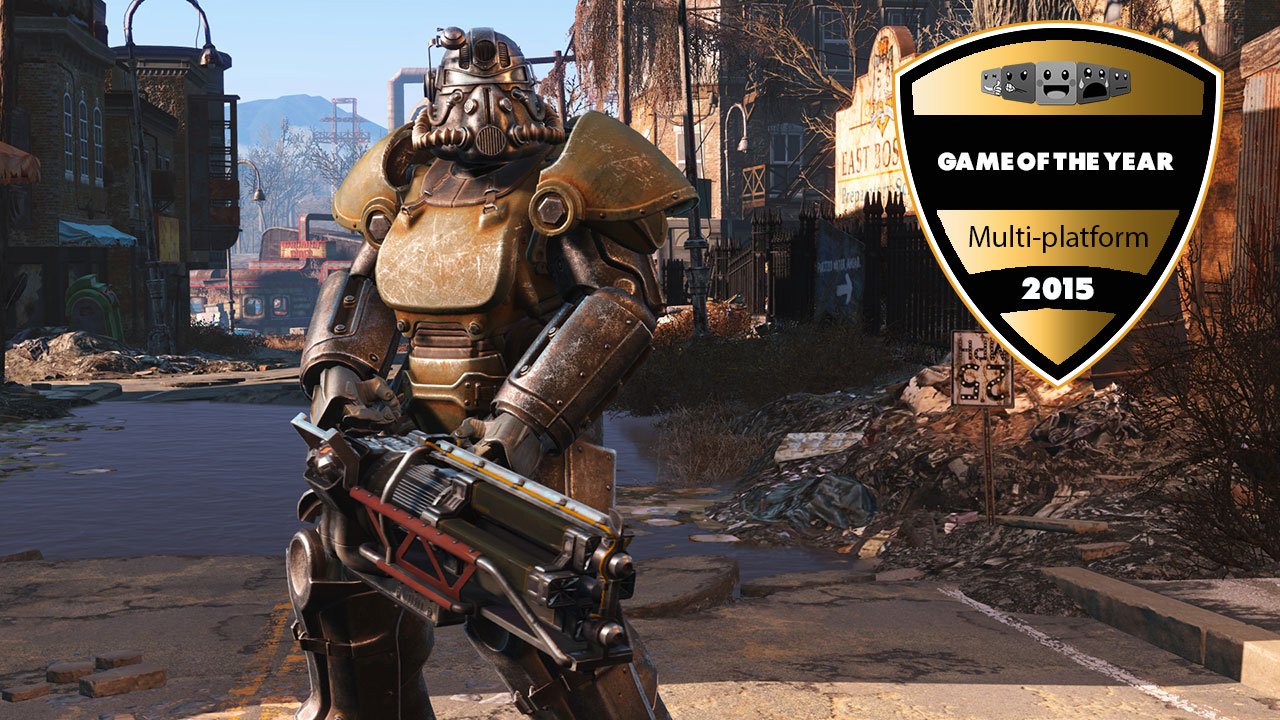 Kyle – Fallout 4 was quite possibly one of the most highly anticipated games of all time. Bethesda did a masterful job of keeping the game under wraps, with only a few scant leaks hinting at its existence. Then they opened the floodgates at E3 and every gamer in the world took notice.

With such high expectations it would have been very easy for the game to falter, yet it shined. Sure, there were technical issues, especially on the console versions, but overall it was the same massive, open-world gameplay that we have come to expect from this series.

But that wasn’t all, as Bethesda took this opportunity to reshape the Fallout formula in many ways. While many players were running around, firing off headshots at Super Mutants, others were back at Sanctuary, building a community. The Workshop features were truly revolutionary for this series, changing the way you play the game in a number of ways.

This mixture of classic gameplay with new innovations made Fallout 4 the best game to hit multiple platforms this year. 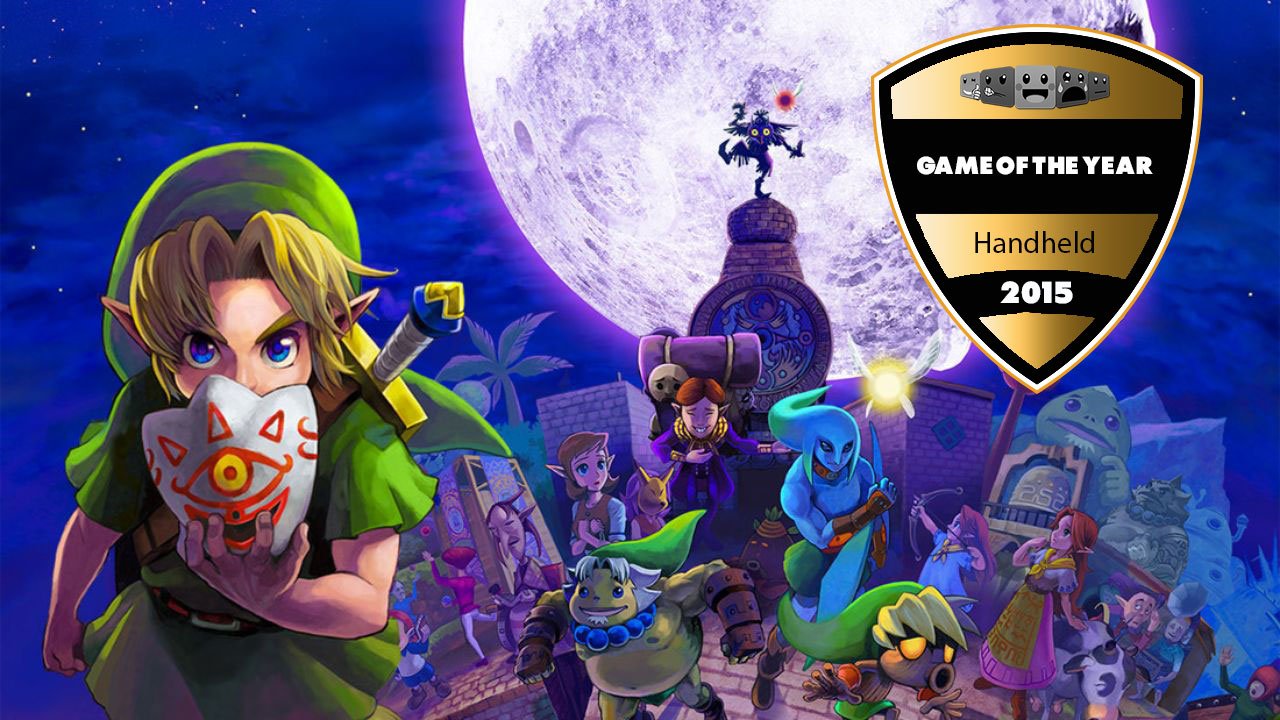 Dean – While The Legend of Zelda: Ocarina of Time may be regarded as one of the best games ever made, its N64 counterpart often was forgotten by a large part of the gaming community. For those that may have missed out previously, the Nintendo 3DS added yet another stellar title with The Legend of Zelda: Majora’s Mask 3D in 2015.

Majora’s Mask offers a departure from the lighter tone of much of the Legend of Zelda series, instead offering a much more dark and downright depressing turn. Years later, the emotions are still as effective and gripping as they ever were, especially for anybody that is playing it for the first time.

On top of improving the visuals for the game, a number of enhancements were made, including better swimming and a much more expansive Bomber’s Notebook. Majora’s Mask was already a fantastic game in and of itself, and with the number of additions, it was easily the best handheld game of 2015.

Hit the next page for best genre awards