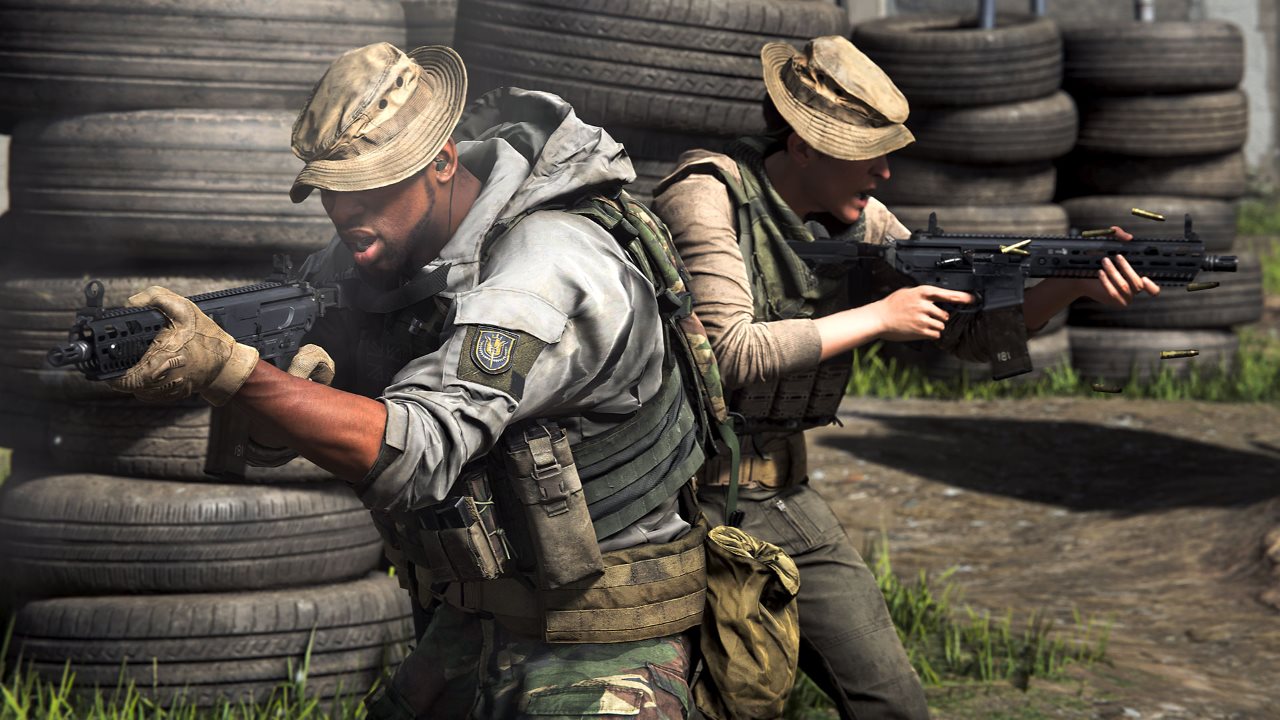 Call of Duty: Modern Warfare is chock full of multiplayer game modes. Whether it’s old favorites like Team Deathmatch or brand new entries like Ground War, fans will have a lot of options to choose from when they first hop online to kill each other over the internet. But the one that grabbed me, and other players at the recent review event, the most was certainly Gunfight. This new 2v2 mode is laser focused of speed, skill, and an ability to adapt to changing circumstances. It’s Call of Duty’s best new multiplayer mode by far, so let me break down why before our review hits later today.

What makes Gunfight so intense is its speed and simplicity. Two teams of two players a piece spawn into a relatively tiny map. There’s still the typical three lane structure at the base, but those lanes are extremely close together, and usually don’t feature hard walls between them. Instead the maps are slightly more open, allowing cross play no matter where you are, though walls and other obstructions offer sufficient cover as you sprint from safe spot to safe spot on your way to potential victory.

Matches are short in Gunfight, with each full game lasting until one team racks up six rounds of victory. These rounds can last a minute at most, as players don’t respawn upon death and there’s a constant ticking clock toward “overtime”. If both players on one side are eliminated then the round ends and a new one begins, with players switching spawn sides midway through the game. If each team is still active once the the short timer runs out then an objective spawns in the middle of the map. This leads to a frantic rush toward the potential place of victory, but also presents a huge trap if players are smart.

What makes Gunfight so intense is its speed and simplicity.

Seems simple enough, right? Well here’s the really fun part. Every match starts with a semi-random set of weapons and gear. You can check some of them out in the gameplay video below. Basically for a few rounds you’ll all start with an LMG, a pistol, semtex, and a stun grenade, then later switch to a sniper rifle or assault rifle or just a pistol and your fists. The loadouts are all fine tuned by Infinity Ward to deliver a specific play style, so you won’t end up with anything totally off the wall, but each feels unique and forces you out of your comfort zone.

This is even more intense in the alternate mode Gunfight OSP, which has you spawn with nothing and a randomish set of weapons available on the map for pickup. The start of every round then becomes a mad rush to get whatever gun is closest and most effective. Sure that assault rifle near the middle is tempting, but getting there might mean certain death without any gun at all. Is the risk worth the reward? Your many deaths will determine that.

Call of Duty: Modern Warfare takes an “everything and the kitchen sink” approach to its multiplayer game modes, including massive scale battles, standard deathmatches, and now this more intimate and intense 2v2 mode. Gunfight is a great addition to the suite and will quickly secure its own audience of dedicated players. The lack of respawns, smaller maps, and random weapon starts all add up to a mode that’s both varied and frantic but also hardcore and strategic.