Hob is a Beautiful, Classic Action-Adventure Game from the Makers of Torchlight – PAX East 2016 Impressions 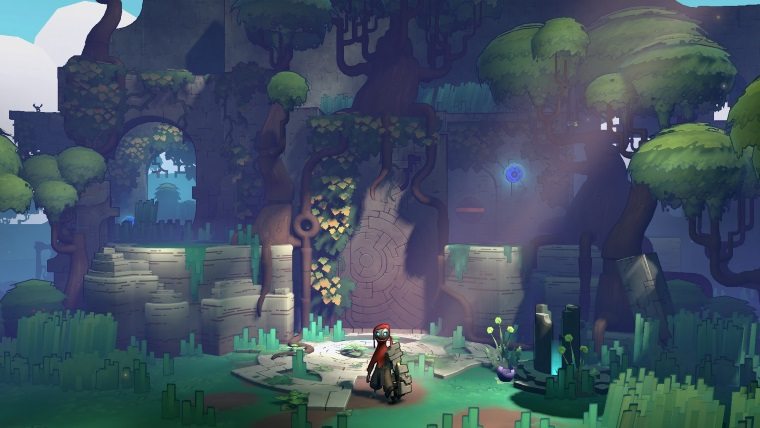 The great thing about PAX is all the smaller, indie titles that get a bit more spotlight than they usually receive at gaming conventions. Torchlight was one of these types of games, becoming a big hit thanks to the word of mouth it received from fans, some of which found out about the game at PAX. Now the team behind that classic action RPG are back with a brand new title, Hob.

Hob is less of an RPG, instead opting for an action-adventure style of gameplay. The story that surrounds this gameplay is very much a subtle affair, presenting you with bits of information without any words. Essentially your character finds themselves in a mysterious world full of odd characters. Ruins are all around you, and you set out on a quest to figure out what has happened to this world.

The team was inspired by older Zelda titles, Miyazaki films, Ico, and Shadow of the Colossus

The story seems deep and thoughtful, though a 15 minute demo doesn’t really dive too much into it. The gameplay though really shines through, with very classically styled action-adventure mechanics. You’ll explore, climb, jump, and solve puzzles as you traverse interesting and varied landscapes that are beautifully crafted in a very unique art style.

There’s no single thing that stands out and makes Hob seem so good. The art style is wonderful, the platforming is enjoyable, the combat is managed well, and the sense of exploration really pushes you forward. There’s a simple joy in running around a mysterious ruined landscape, piecing together what is going on, and how you can keep moving toward your ultimate goal.

Added onto all of this are the Metroidvania aspects where you’ll gain new abilities that unlock other areas of the map. In the demo there wasn’t any backtracking though. Instead I made my way through the whole level, gained the new ability, used it a few times to learn how it works, and then ended up back where I had started, only with the ability to open the massive door that had blocked me before.

The world reacting to you doesn’t just happen with gates and doors. Instead, you can look out onto the background and see areas that will come up in the future. To get to some of them though you’ll need to solve some puzzles, or activate switches. This will reshape the world and possibly lead you to a new section of the map.

Unfortunately there’s no set release window just yet, but Hob will hit PS4 and PC some time in the future. The team was inspired by older Zelda titles, Miyazaki films, Ico, and Shadow of the Colossus. Considering that those are all things that millions of gamers love, Hob should definitely be near the top of those players’ to-play list.