How The Cancelled Batman vs Superman Movie Fight Ended

The latest news in the world of video games at Attack of the Fanboy
June 13th, 2015 by Damian Seeto 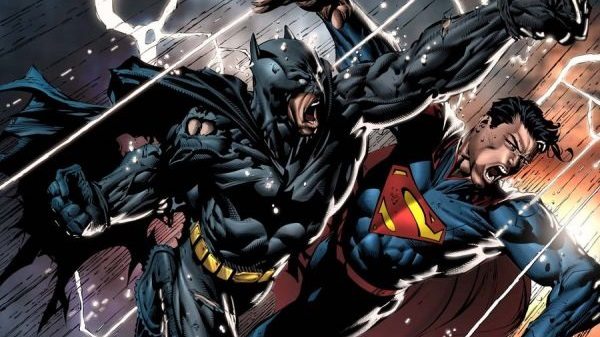 Around two months ago, YouTube’s MrSundayMovies uploaded a short animated video for the cancelled Batman vs Superman movie from 2003. He’s now uploaded a new video showing how it all ended.

If you didn’t see the first video, you can do so by clicking here. It gives you can overview of the script that this 2003 Batman vs Superman movie had. As we know now, the movie was scrapped and now we have Batman v Superman: Dawn of Justice on the way.

Part 2 of the video talks about what happened at the end of the Batman vs Superman movie from 2003. It gives us details on what happens in the actual fight between the two iconic superheroes. Let’s have a rundown of what happens.

Joker sends an invitation to Batman to have a final showdown. However, before Batman can fight Joker, Superman turns up. Superman (in this movie) is so against Batman killing Joker as feels he needs to stop Bruce Wayne from becoming a murderer.

The Batman vs Superman fight then starts. Batman is prepared because in this cancelled movie, he comes equipped with “Krytonite Laced Armor”. It was rumored that in Batman v Superman: Dawn of Justice, he comes armed with a Kryptonite Spear. Are they using the same ideas?

Anyway, the Batman vs Superman fight is evenly matched at the beginning. Superman tries to burn off Batman’s armor with his laser eyes. This doesn’t work as Batman is shooting him too many times inside this Batwing. The info skips a bit, but the two go back punching again.

As the two characters keep on fighting, Superman decides to fly. Batman uses his grapple gun to not let Superman get away. The two are then punching again and are still fighting even though they are falling from the sky. Superman gets his bearing back while Batman grapples onto a building.

Superman eventually uses his freeze breath to shatter the Kryptonite armor that Batman is using. While he’s doing this, Batman manages to strike Superman with a Krytonite arrow. This weakens Superman.

With Superman temporarily out of commission, Batman decides to confront Joker and beat him up. Joker reveals he created Batman’s wife (see part one of the video) and then killed her just to make Batman really mad. Everything in this cancelled Batman vs Superman movie has all been planned out by Lex Luthor and Joker.

Batman is all devastated and Joker tries to kill him. However, Superman comes to Batman’s rescue. Joker then sends out his henchmen to fight them. At this point of the movie, it’s no longer Batman vs Superman anymore. It’s now Batman and Superman as the two have to team up.

After they beat up the henchmen, Batman strangles Joker. For some reason, Superman is not against Batman killing Joker at this part of the movie. However at the last second, Batman lets go of Joker’s neck. The movie is not over yet as Lex Luthor comes in his battle suit.

Now Batman and Superman fight Lex Luthor in his battle suit. The three get knocked off of a balcony, but Superman flies to save Batman. Lex Luthor on the other hand falls presumably to his death as his battle suit explodes. However, his body is never found.

After that, Batman and Superman shake hands and that’s how the cancelled Batman vs Superman movie from 2003 ended. Do you think the 2003 movie would have been awesome to see? Do you feel Batman v Superman: Dawn of Justice will borrow elements of it?