Focus on the star players. 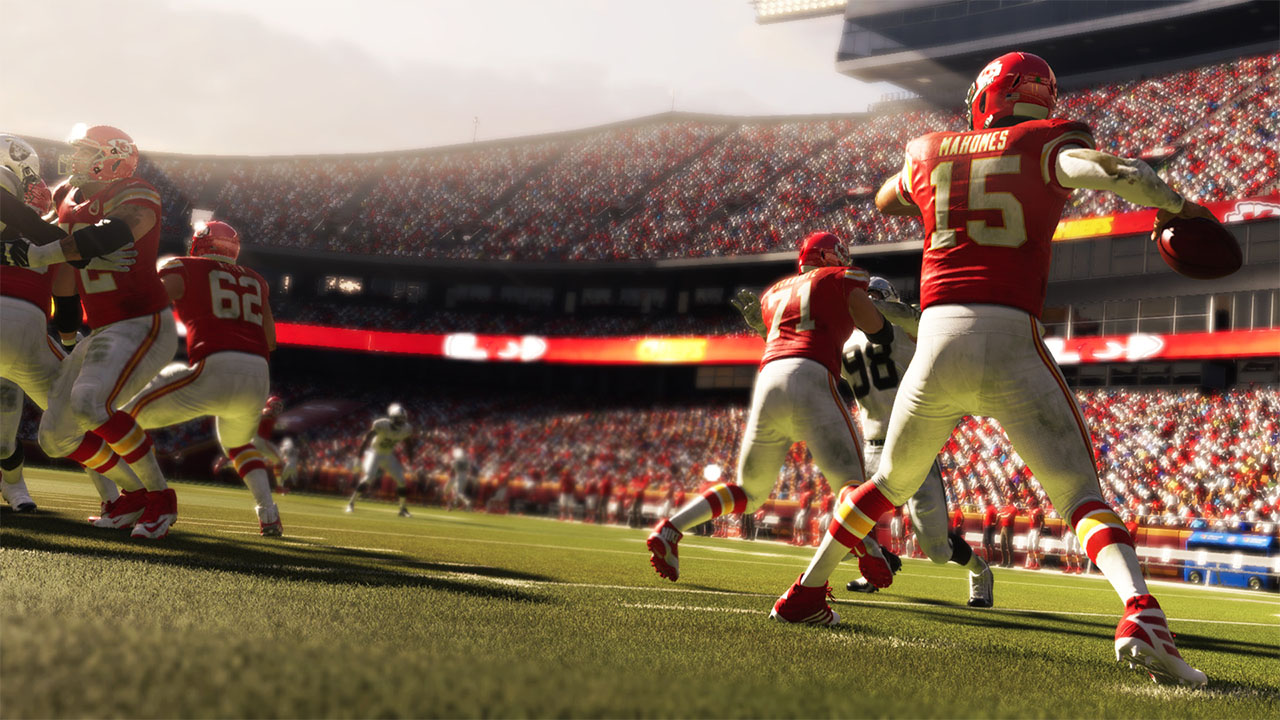 Annual sports game franchises are rather unique, especially by today’s standards with the long development time for games. This often means that the difference between each iteration is pretty minimal, with some people calling games like this simply roster updates. As a result, developers have to work harder to introduce new game modes and features to set themselves apart from the previous year. While we won’t have a chance to see everything that the upcoming Madden 21 has to offer until late August, EA Sports held a closed beta for the game and we got a chance to check out a few of the new gameplay mechanics found in the game.

For the Madden 21 closed beta, we were limited to only two options, both found in Exhibition mode. This was to play a game locally or to play online head to head, both of which I got a chance to try. The team choices were also limited, with the options being the Kansas City Chiefs, the Baltimore Ravens, the Atlanta Falcons, and Tampa Bay Buccaneers. It was a bit surprising to see them not include the San Francisco 49ers, since they played against the Chiefs in the most recent Super Bowl, but they absolutely had to include the Ravens since the cover athlete is superstar quarterback Lamar Jackson.

One of the most focused upon improvements was that of the upgraded Superstar X-Factors and Superstars that were picked out by EA Sports. There are only 50 Superstar X-Factors in the entire game, which are truly the best of the best out there. This is similar to like star players in the past, but it was a little worrisome that they could be a little unbalanced for some teams. When playing, I noticed that the Chiefs had five different X-Factors on their team, while the Falcons only had one.

While it is difficult to truly compare after only a few games, the gameplay overall did feel a bit smoother than in last year’s game. One of the areas I specifically noticed this was running the ball as a quarterback with Lamar Jackson, which took me back to the NCAA Football days a bit. It felt like the run game in general was a little more alive than in the past, which should be a lot of fun to try out further in the full game. There were some odd interceptions by players that were completely out of position to where they really shouldn’t have been able to adjust though, so hopefully that is not as much of an issue and was more isolated.

As there were no game modes besides the typical Play Now available in the beta, it’s really hard to judge how different Madden 21 will be from Madden 20. While the gameplay did feel polished and a little more focused on the Superstar X-Factors and Superstars, there was no doubt that the game felt like typical Madden. That may be seen as a good thing by some and maybe a bad thing by others that were hoping for more. It looks like the game is going to have a number of new additions besides the gameplay though, so that is what I’m really excited to see more than what mostly felt like more of the same.