Feel the emotional immersion in each stadium. 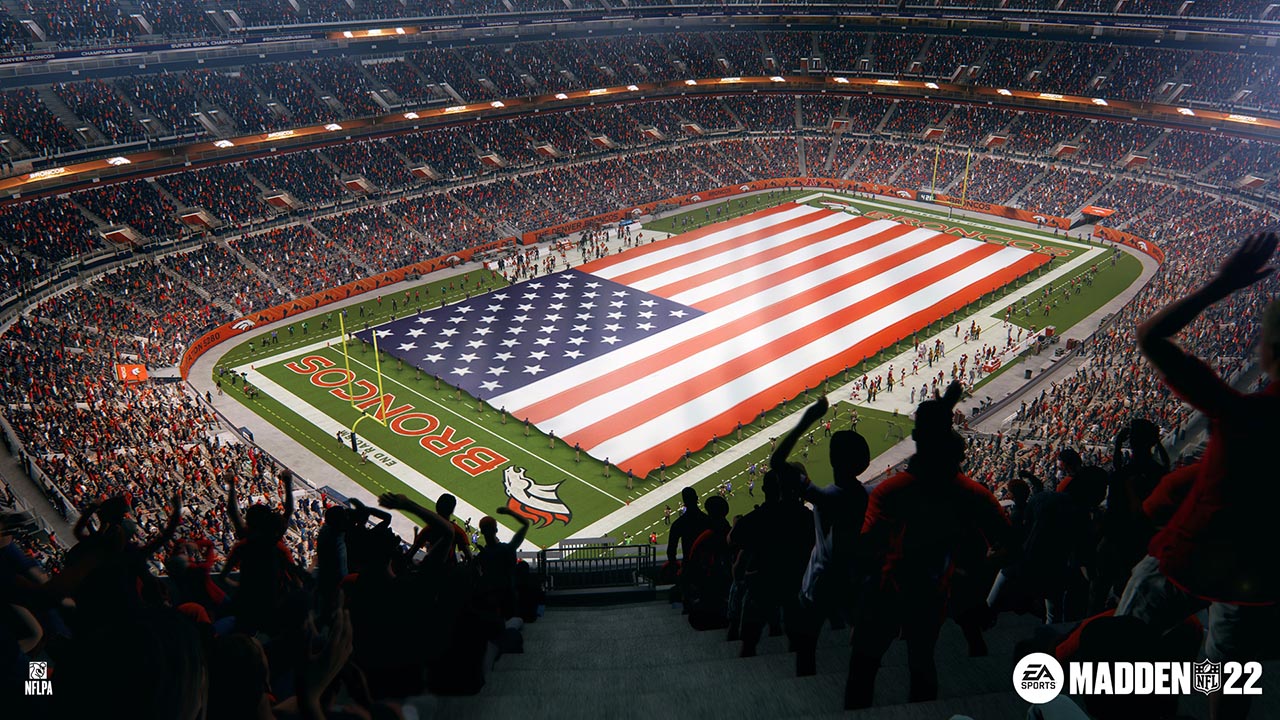 Home field advantage plays a major role in pretty much every sport in some capacity, but this is something that has rarely been addressed in sports video games. The NCAA Football franchise implemented this back in the day, but it has never played much of a role in the Madden franchise. That is finally changing with the upcoming release of Madden 22 for PS5 and Xbox Series X/S though, as the game is introducing a brand new feature exclusive to the now current generation consoles known as Dynamic Gameday that spans every mode in the game.

Dynamic Gameday is made up of three different components, Gameday Atmosphere, Gameday Momentum, and Next Gen Stats Star-Driven AI, which each play a role in making the experience feel more authentic than ever. Gameday Atmosphere is focused on making each stadium feel more alive than before thanks to new environments and reactions that feel unique to the different stadiums in the NFL. No longer will it just feel like you are playing at any old stadium, but it will actually feel like you are playing at each individual team’s stadium. It was asked during a recent preview event that we had the opportunity to attend if this meant some famous fans and icons from across the league might make it into the game, but unfortunately that will not be the case due to how difficult licensing would be.

According to Madden 22 Gameplay Producer Clint Oldenburg, Gameday Momentum has its origins from the NCAA Football series, but stated that this new variation could be considered a “modernized version of that blast from the past.” This new system uses a momentum meter that swings back and forth based on the events of the game, but this time it is much improved. Oldenburg explained that the version in NCAA Football was too ambiguous and did not really give feedback as to why the momentum shifts were occurring. As a result, Madden 22’s system will provide feedback to allow you as a player to know how to unlock what are known as Home Field Advantage M-Factors while the momentum meter is shifting.

These M-Factors are specific to each team and their home stadium, with the Madden team working hard to make distinctly different home field advantages depending on which stadium you are in. While all 32 teams in the game will have one, only three were showcased during the preview. This included a traditional home field advantage in Seattle against the Seahawks with hard to see play art on 3rd and 4th down, which is similar to how the basic system in NCAA Football was handled. The other two examples are more unique though, as playing in Chicago against the Bears will be harder to kick field goals for obvious reasons, while playing in Denver against the Broncos will lead to your players having less stamina than usual. While there are only 32 teams in the NFL, it was mentioned during the preview that there would be 40+ M-Factors for momentum in the game, so we are not quite sure how they are shared across teams.

Beyond the Gameday Atmosphere and Gameday Momentum, the last piece of the puzzle for Dynamic Gameday are the evolution of Next Gen Stats with Star Driven-AI. The game’s Star Driven-AI aims to make the players in the game play just as they would in real life with updates throughout the season based on their real world stats. Madden has had stat adjustments during the season before, but Next Gen Stats aim to make them even more accurate. One of the most interesting stats given was that more than 80% of the games played in Madden over the last two years have been against AI opponents, so improving upon the AI to perform more like you’re playing actual players. Oldenburg mentioned that “by utilizing even more of the NFL’s Next Gen Stats, which offers a level of realism that sports gamers can only find in Madden NFL, Star Driven-AI will deliver a step change in AI behaviors and tendencies at both the player and team levels.” The Next Gen Stats also will provide you information about how your opponent plays and allow you to make strategic decisions and halftime adjustments like real world coaches.

The dev team was asked how often these Next Gen Stats may update and be reflected in the season and they revealed they weren’t going to jump the gun too quick on it. An example given was that if Lamar Jackson started the season off doing nothing but passing, they weren’t going to be changing his tendencies to be a pocket passer in the game after just a few weeks. Instead, they would take a closer look and make decisions based on more sample sizes when it comes to large scale changes like that.

Madden 22 will release on August 20, 2021 for Xbox Series X/S, PS5, Xbox One, PS4, PC, and Stadia. The Dynamic Gameday features discussed in this article though will be exclusive to the versions on Xbox Series X/S and PlayStation 5.