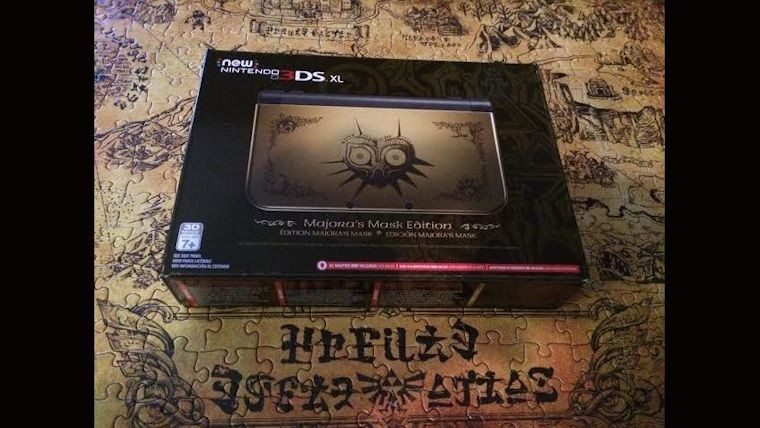 The New Nintendo 3DS XL is finally here and with that also came the special edition Majora’s Mask New 3DS XL. Nintendo didn’t make it easy, but I was able to snag one for myself a few weeks ago and just had mine arrive. As a result, I thought I would share my own unboxing images of the system for those interested to see it both in the box and out. 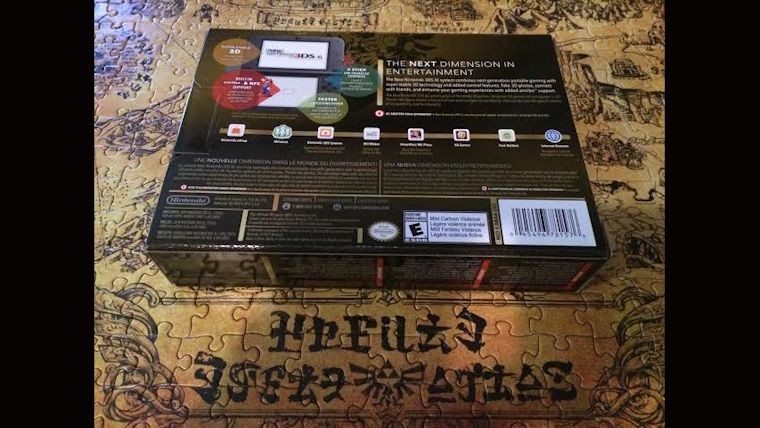 I must say that the box itself is rather sleek while showing off the design of the handheld itself. I haven’t gotten a variation of the 3DS since the original, but I think I remember that box being much bigger and this is much smaller, even with it being a bigger size system. The lack of an AC adapter also plays a part in this size difference. 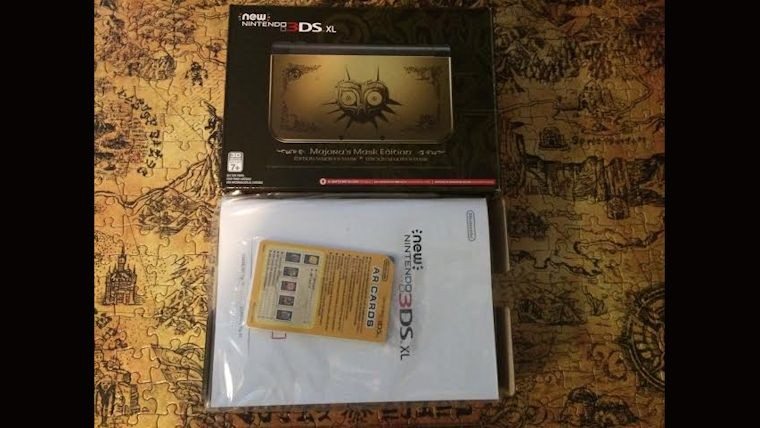 Upon opening the box, there really is not much at all in there. On top is the Quick Start Guide and a set of AR codes, with the handheld itself wrapped up underneath. As someone that has never owned an XL system, the massive size difference from the original XL is fantastic just from first unwrapping it. 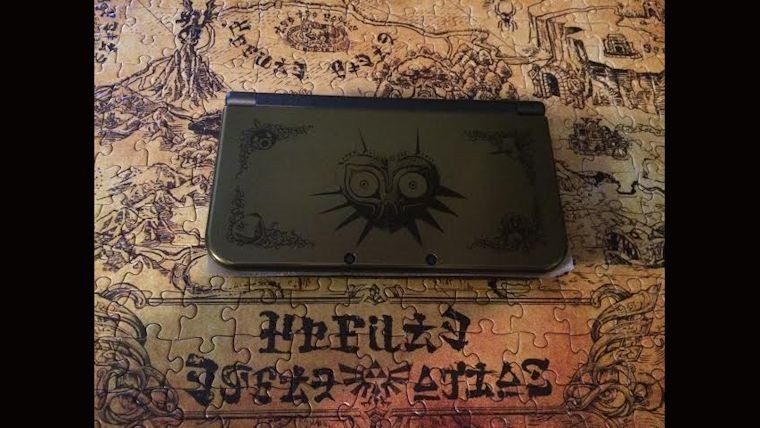 The Majora’s Mask New 3DS XL features a glossy finish that can be prone to leave fingerprints. However, that does not take anything away from it, as it is absolutely gorgeous. Many people were hoping for a purple variation instead, but I adore this design and color scheme. 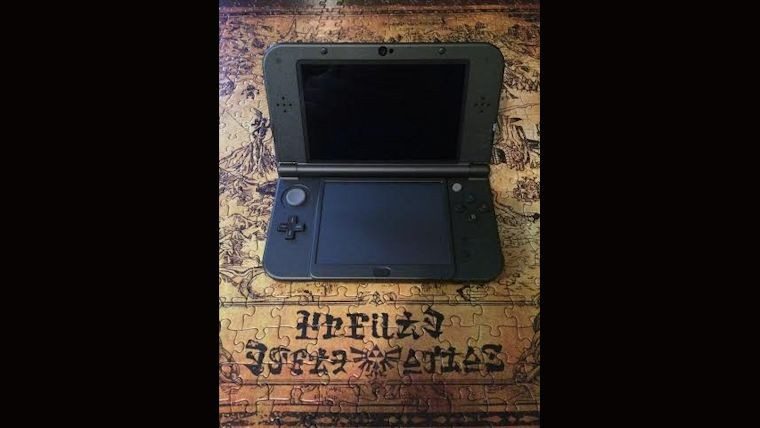 Upon opening the system, you will see that there is nothing different on the inside from what the other New 3DS XL systems will have looks wise. There is nothing Zelda wise here to set itself apart, but the overall look fits well with the color aesthetic.

Also, for those wondering, that puzzle is the official The Legend of Zelda puzzle that can be found at numerous places online, including Amazon. Now if you’ll excuse me, I’ve got to get back to transferring all of my games over to the new system so I can play The Legend of Zelda: Majora’s Mask 3D all over again for the second time this week.