The latest news in the world of video games at Attack of the Fanboy
November 15th, 2014 by Dean James 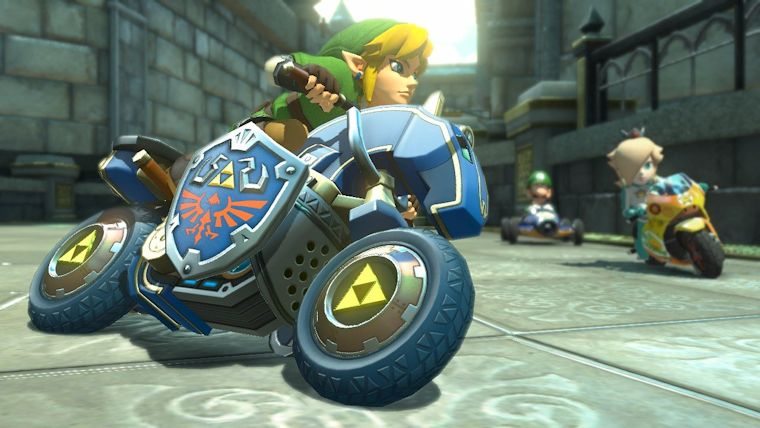 Mario Kart 8 released earlier this year to widespread critical acclaim by hitting all the right notes. From the innovative level design to the absolutely gorgeous graphics, the game made an impact and still sits as one of the best games to release this year, while also providing another game for the already stellar Wii U exclusive library. In very un-Nintendo like fashion, it was revealed a few months ago that Mario Kart 8 would receive two DLC packs, the first of which is now available.

Specifically known as the Legend of Zelda x Mario Kart 8 DLC pack, this first pack adds quite a bit to the game. The most hyped was easily the addition of Link from The Legend of Zelda series as a playable racer, a first for the series. In addition, players can also play as Tanooki Mario and Cat Suit Peach, but the real home run here is Link. It feels so satisfying getting to finally play as Link in another franchise like this.

The update also adds four new vehicles to the game, two of which are from outside of the Mario Kart franchise. Due to the Link inclusion, the Master Cycle was added, with special tires and a glider included. There is a Mario Kart classic with the inclusion of the B Dasher, along with the newcomer Tanooki Kart. However, the most exciting of all is the Blue Falcon from the F-Zero series. Dying for a new game in the series, fans of F-Zero will have to settle for this for now. The kart is a little hard to handle at times around the corners, but truly feels like it has been plucked straight from the F-Zero series and put into Mario Kart. The only disappointment is that Captain Falcon was not included as DLC over someone like Tanooki Mario and Cat Peach, especially with a track and kart based on his series being added.

The Blue Falcon is already great on its own, but made even more special with the brand new Mute City track. As a love letter to the fans of the franchise, Mute City takes excellent advantage of Mario Kart 8’s anti-gravity racing to truly feel like an F-Zero stage. This track comes as part of the Egg Cup, one of two new Cups to debut with this DLC. 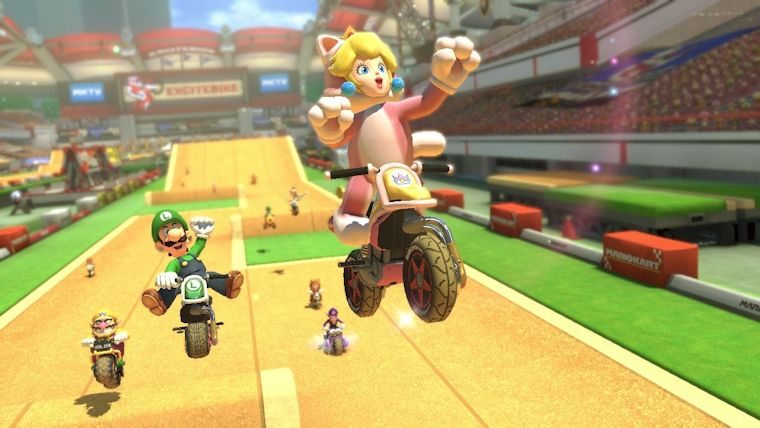 The Egg Cup also includes two other brand new stages to the series, the completely original Dragon Driftway and the reimagined Excitebike Arena track. Dragon Driftway is a very creative and well designed track, with gorgeous environments set around the ancient Chinese theme. Excitebike Arena is one of the more straight forward tracks in the entire game, but that is far from a bad thing. Nintendo did an excellent job at reimagining this classic NES game in a 3D environment, with all the pitfalls one would expect in the way.

The one returning track in the Egg Cup is the very fitting Yoshi Circuit. Set around an island in the shape of Yoshi, this stage was one of the toughest stages in Mario Kart: Double Dash for GameCube. That is no different here, as the constant turns around the curvature of Yoshi make for a really competitive map.

The completely new track of the group is Ice Ice Outpost, set out in the arctic as players alternate between two individual tracks that ride side by side, but at different elevations. While excellently designed, the music is what really helps this one to stand out. However, Ice Ice Outpost does not have the best soundtrack, as that title goes to Hyrule Circuit.

Hyrule Circuit is The Legend of Zelda based stage of course, with familiar locations, the replacement of coins by rupees, and even an appearance by the Master Sword. The remixed Legend of Zelda series theme, along with others in the franchise, makes this a stage that players will want to play over and over again. 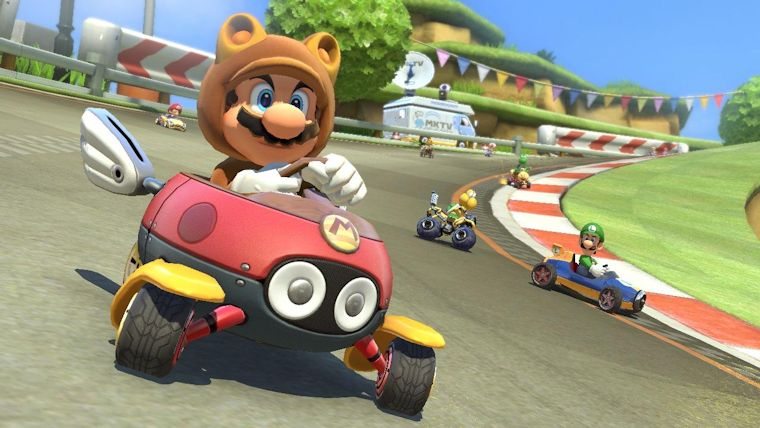 The inclusion of other major franchises in this DLC pack, such as Legend of Zelda, F-Zero, and Excitebike, really help to promote the idea for some that fans could eventually see a Nintendo Kart, similar to how Super Smash Bros. is done. There is so much potential for a spinoff like this and with talk that Nintendo would like to see spinoffs of their own franchises, this could help to lessen the gap between main series game releases. Nintendo Kart would seemingly feel like a perfect fit for that. The Legend of Zelda series was specifically mentioned in this discussion, so maybe there could even be a Hyrule Kart, with all of the characters and items found in the Zelda universe.

At only $7.99 per pack, or only $11.99 for the two together, the Legend of Zelda x Mario Kart 8 DLC pack is must own content for anyone that has Mario Kart 8. Adding so much for so little cost, players will have plenty of new content to experience. Also, there is really no reason not to get the $11.99 pack with both DLC packs, the latter of which comes out in May, due to the fact players also receive multiple color skins for Yoshi and Shy Guy y getting both. Nintendo may be pretty new to the DLC game, but they are doing a fine job so far if this is any indication.