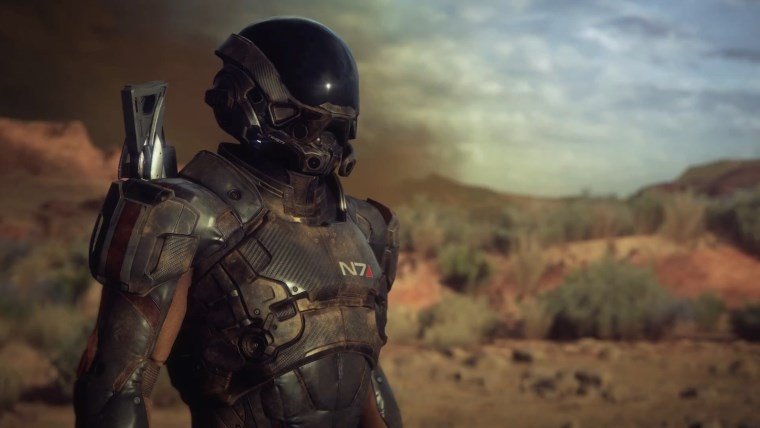 After years of waiting, Mass Effect: Andromeda is finally here. Well, it will be here on March 21st for PS4, Xbox One, and PC, but reviewers have the game and are able to play it all they want. I have hit the ground running, and I’m here to report on just the first couple of hours of the game. Right now I can only talk about the opening mission and the one right after, and I’ve got full gameplay from the first mission down below. So, does Mass Effect: Andromeda live up to the lofty expectations for the series? Find out in these impressions.

Playing on PC, even taking the time to hook the game up to my living room TV, I was immediately struck by how ridiculously gorgeous this game is. I’m running on a GTX 970, so nothing top of the line, and at 1080p the game runs amazingly well. This was somewhat expected with the transition to the Frostbite engine, which is famous for how well optimized it is, but some of those early trailers had me worried. Those worries vanished the moment the game started up, running at a seamless 60 FPS at 1080p and looking good while doing it.

As far as the game, it plays like a Mass Effect title, which is a huge compliment. There are changes though, including a jump and boost mechanic that make for faster and more frenetic gameplay. Something that I fail to mention in the video below is the new dialogue system, which relies less on clear cut choices of Paragon and Renegade, instead going with different types of behavior. Want a smarmy, Han Solo-esque Ryder? Choose those sorts of options. Want a more serious, by the books sort of hero? Be logical and the game will adapt.

For the rest of what is and is not going on with Mass Effect: Andromeda’s first couple of hours check out the video below. And for multiplayer impressions from PAX East click here.

This is Mass Effect: Andromeda