The latest news in the world of video games at Attack of the Fanboy
July 9th, 2017 by Lewis White 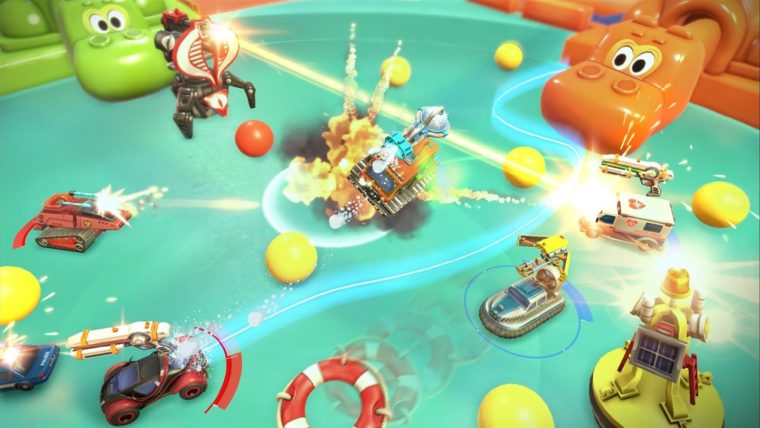 Product placement is a silly little thing. I remember a fairly recent example of the age-old money-making practice occurring in the 2016 live-action adaptation of Ghost in the Shell. As the protagonist Major is about to retaliate against the antagonists, as she’s about the fight back quite literally “against the system”, actress Scarlet Johansson jumps on a high-tech motorcycle and bombs down the highway. The bike cuts through the wind, neon lights flash against her visor; the camera quickly wraps around to the front of the vehicle when – BAM – a huge, blatant Honda logo is shoved right in your face.

I don’t particularly mind product placement in the worst of scenarios, but that’s probably because I find it funny. In Ghost in the Shell’s case, it didn’t detract from the movie as much as it just made me laugh. Why should it affect me all that much? Honda could exist in the future! I’m the type of audience who finds it endearing how often Vin Diesel’s Dominic Toretto keeps lambasting the audience how much he loves Corona in the Fast and Furious movies. Everyone has a favorite beverage, why can’t his be Corona?

That’s not to say there aren’t times when product placement is so heavy that it rips apart the boundaries of expectations and simply becomes implausible. Remember Quantum Break, the Microsoft exclusive game? It’s a great game with a story spanning multiple locations and even timelines. But what would you know? Every *single* character in Quantum Break is a Microsoft loyalist! Computer? It’s running Windows! What phone do they have? A Windows Phone! Oh, that’s a nifty looking laptop, what kind is it? Well, Jesus H. Christ, it’s a Goddamn Microsoft Surface!
I can suspend my disbelief a lot when it comes to entertainment. I enjoy old Godzilla movies for Pete’s sake, but I do find it very hard to believe that hundreds of people are using a Windows Phone without a single iPhone or Android in sight. Mostly because it’s a Windows Phone and they’re all a bit naff. 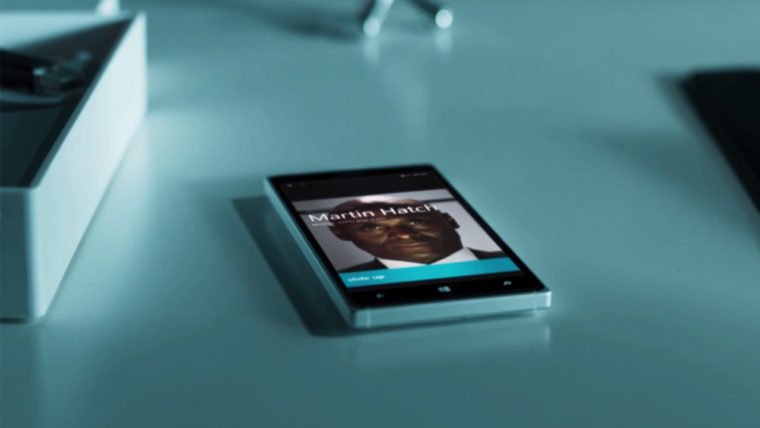 Product placement, no matter how blatant, can be done well if it fits the theme. Ghost in the Shell is a movie with that pirouettes around the theme of technological advancement so a highly stylized bike with a Honda logo out-front is fine. Fast and Furious’ earlier endeavors were so dude-bro that seeing everyone drinking the same piss-tasting beer is fine. But one game, one very recent game, has the best reason in the world to take the idea of product placement and completely conform to their business appetite and put as many products in their game as possible. That game: Micro Machines World Series.

Micro Machines World Series is a racing game, and a fun one at that. Micro Machines’ aesthetic is that of a children’s toybox. The tiny plastic cars, their NERF branded weaponry, the locations you drive on; everything found in the world of Micro Machines world series is something you *could* find in a ten-year-old’s bedroom. 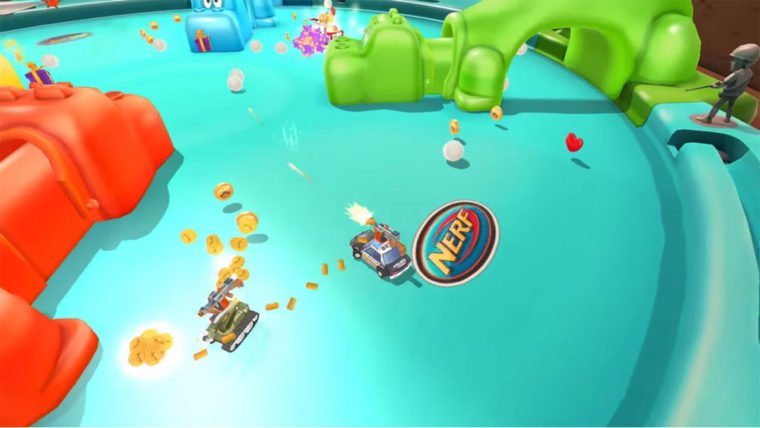 It makes the entirety of Micro Machines feel more authentic. It’s a game where toys come to life, without Randy Newman creepily singing to you about how you’ve got a friend in him. (Seriously Randy, please stop you’re scaring the children.) When I’m drifting around the corner of a track made out of the box for Hungry Hungry Hippos, or when I’m playing the arena mode where I’m literally firing NERF bullets at other toy cars on the actual game of Hungry Hungry Hippos, it brings with it a sense of childhood wonder.

Like I said earlier, product placement works when the products within the medium fit within the theme. Micro Machines is supposed to be a toy box and the surprisingly large amount of product placement works because they all fit within the theme. If I saw a bottle of Dominic Toretto’s favourite beer holding up pillars of building blocks, I’d be wondering what kind of parents this kid had; seeing a random box of Krispy Kremes somewhere on the track wouldn’t make sense in the toybox scene and, again, what kind of parent would give a kid an entire box of Krispy Kremes all to themselves!

Micro Machines World Series is a game that uses its product placement as a strength; much like the LEGO game series, it uses things that you recognize to create an intriguing and solid theme with its art. No one cared when Dr Who was teaming up with Sonic the Hedgehog because it was all in the confines of a LEGO game, so why should anyone care that I’m driving over a simple box of Hungry Hungry Hippos. It’s fun for fun’s sake, and I’m completely okay with it.

It’s a shame then that this specific game has gotten a lot of flak from other critics for what they call blatant product placement, but isn’t that the point? It’s a game for kids, it’s supposed to look like one. We’ve gone from a time where developers pay to have certain items in their game to a time where corporations are shoveling money into the mouths of publishers just to see their brand-new Nissan on a billboard next to a checkpoint. It’s okay to not like product placement in titles that don’t suit it, but it’s not an aspect of a product that you need to boycott. Don’t hate product placement, hate bad product placement. Hate it when developers give space to a product for no artistic reason. Micro Machines World Series however, is a thoughtful game that uses product placement as an advantage, a game where there’s method in its corporate madness.