Mortal Kombat X Tanya DLC Impressions – Is She Worth It? 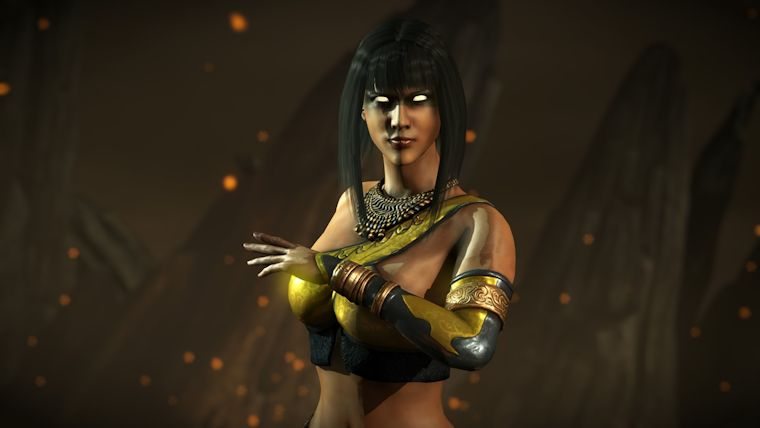 Mortal Kombat X has been out for over two months now and has already gotten the addition of one DLC character in the horror icon Jason Voorhees. Switching from an outsider to a Kombat veteran, the next member of the Kombat Pack is here with Tanya.

The Edenian Tanya made her grand debut in Mortal Kombat 4 and was later revealed to be a villain in the series. She has popped up a few times since, including the story mode of Mortal Kombat X. However, that version was a basic form just for the story mode, which begs the question, is the more fleshed out version of Tanya worth purchasing?

Tanya definitely looks much better than she did in the first images we saw of her before the release of Mortal Kombat X even. She only comes with one costume in the game, with one of her variations giving her design a slight change.

As with every character in the game, Tanya comes with three different variations that provide a different style of moveset. Unlike Jason however, Tanya’s base moveset is the exact same across all three.

Low Spin Kick gives Tanya quite good range, bringing back a move similar to one she’s had in the past, though it was known as Human Cannon Drill then. Flip Kick is similar to a few other attacks in this game, having an overhead shot from Tanya’s boots to smack the enemy hard. She can also take to the air with a useful Air Spin Kick that helps with her range as well. The most intriguing base move Tanya has is her ability to teleport forward or backwards. This can be done instantaneously or held until the right moment, which makes fighting against her more difficult.

Tanya’s default middle variation is Kobu Jutsu which gives Tanya a new weapon that can be both used up close or as a projectile. Her tonfa weapon can be thrown across the stage with Tonfa Toss or up close with Tonfa Swipe, though the latter leaves her vulnerable. If you want, you can throw in Tonfa Slash or Tonfa Push following Tonfa Swipe for a longer combo. Tonfa Strike is an even stronger version of Tonfa Swipe that you can use your meter to power up. Blade Dive is similar to Air Spin Kick, but works even better to give Tanya a wide range on the stage.

Tanya’s left variation is known as Pyromancer, which gives her a burning tattoo on her body when choosing this one. This variation gives Tanya a familar type move with her High Fireball and Low Fireball. While this sounds more like Liu Kang’s fireball attacks, it is actually very similar to Johnny Cage’s Forceball attacks instead. The High Fireball works only very up close or from the other side of the screen, while the Low Fireball works just about everywhere. There are also two aerial variations with Air Close Fire and Air Far Fire, giving Tanya reign over the entire stage. Also, when up close to an opponent, you can use Dark Shroud on them to make fire ball damage more than triple.

The final variation for Tanya is her right known as Dragon Naginata, which gives her a staff to play around with. Swing Kick has Tanya darting towards the enemy with good speed from a basic stance. However, the biggest part of this variation is the Staff Stance, where you can then use attacks like Staff Slam, Staff Slide, and Swing Kick as well from it, with the ability to also jump forwards or backwards. Spinning Kick takes it another step further by doing the Swing Kick from a regular stance and then putting you directly into Staff Stance.

Each of Tanya’s variations are unique from one another in the new moves, but there is no real standout between them like there was with Jason. I probably had the most fun toying around with the Dragon Naginata, but the Kobu Jutsu and Pyromancer will likely be the two favorites of this bunch.

Tanya has an interesting X-Ray move, as it requires you to jump in the air and then lunge at the opponent. You must be a good distance from the opponent or you will overshoot it every time. Tanya then grabs the opponent and flips him or her over multiple times while cracking the skull and fracturing the spine around the neck.

One of Tanya’s signature features are her very sharp boots and they play a major role in both of her fatalities. Bloody Boots has Tanya pinning her opponent to the ground by a blade to both hands and then she uses her boots to crush a hole through both the heart and skull area. Killer Drill has Tanya going from behind the opponent and through their entire chest cavity while grabbing the heart and some intestines along the way. Tanya also has some fun Brutalities that range from her knocking the opponents head off to splitting the body in half.

After trying out Tanya’s three different variations each for awhile, I have to say that she is a pretty well rounded fighter that can be a lot of fun. However, compared to someone like Jason Voorhees that got extra special attention paid to him last time, she can feel a little lacking. Just like Jason, Tanya will cost $7.99 by herself, which also comes with the Klassic Pack 1 with three skins. For someone new to the series, this price might be a little steep for someone that has some moves that are similar to other fighters that are already in the game. As a longtime Mortal Kombat fan though, getting Tanya is a no brainer with a fun moveset that is reminiscent of her classic one.

Home / Original Articles / Mortal Kombat X Tanya DLC Impressions – Is She Worth It?