NBA 2K15 Servers Always Seem To Be Going Down

The latest news in the world of video games at Attack of the Fanboy
January 14th, 2015 by Damian Seeto 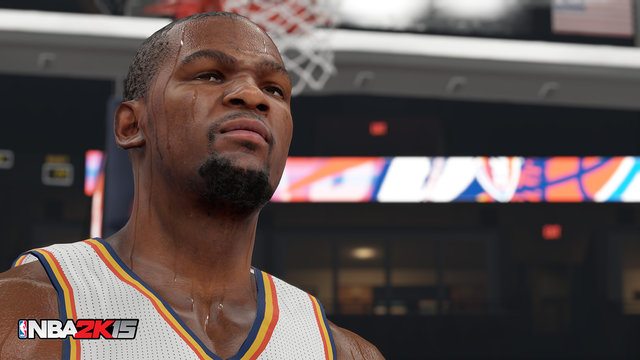 When NBA 2K14 came out in 2013, people were annoyed its servers were always going down. 2K Sports promised this wouldn’t happen with NBA 2K15, but the same issues are occurring which is frustrating many owners.

Let’s roll back the calendar to the first week of October 2014. This was a pretty bad week for gamers as NBA 2K15 and Driveclub servers were both down. Owners of both games were obviously not pleased by this. Granted NBA 2K15’s issues didn’t last as long as Driveclub’s problems, but it was still annoying that the servers weren’t working.

Even after the launch of NBA 2K15, the servers have been an inconsistent mess. This isn’t an issue related to Xbox Live or PSN either. The servers go down at random parts of the day and have been doing so for the past couple of weeks or so.

I remember the NBA 2K15 servers going down a few days before Christmas. They only lasted for around two or three hours, but it was still a nuisance. Again this incident is unrelated to Xbox Live and PSN as they went down on Christmas day, and not three or four days before it.

Last night I was playing NBA 2K15, and I couldn’t connect to the servers. It’s not the end of the world when the servers go down, but it becomes more annoying when specific modes need the servers to be up for them to be playable.

The MyCareer mode is linked to the online servers. It’s possible to play MyCareer offline, but you don’t earn any VC playing in this fashion. You are also locked out from other modes too when the servers keep going down too.

The NBA 2K15 server issues continue to happen as an outage occurred as recently as earlier today. This was confirmed by the 2K Support Twitter page that said: “The dev team is continuing to investigate the #NBA2K15 server issues. Thank you for your ongoing patience; we’ll keep you updated.”

The exact same message was even tweeted out on January 9th. The message was again posted on December 20th and then so on.

I understand servers aren’t always 100 percent reliable, but NBA 2K15 seems to be offline more times than any other video game I own. 2K Sports promised improvements would have been made to the servers, but things have not changed since NBA 2K14.

Let’s hope the engineers done enough work on the NBA 2K15 servers for them not to go down as frequently as they have been over the past couple of months. Hopefully the online servers are better by the time NBA 2K16 comes out later this year.