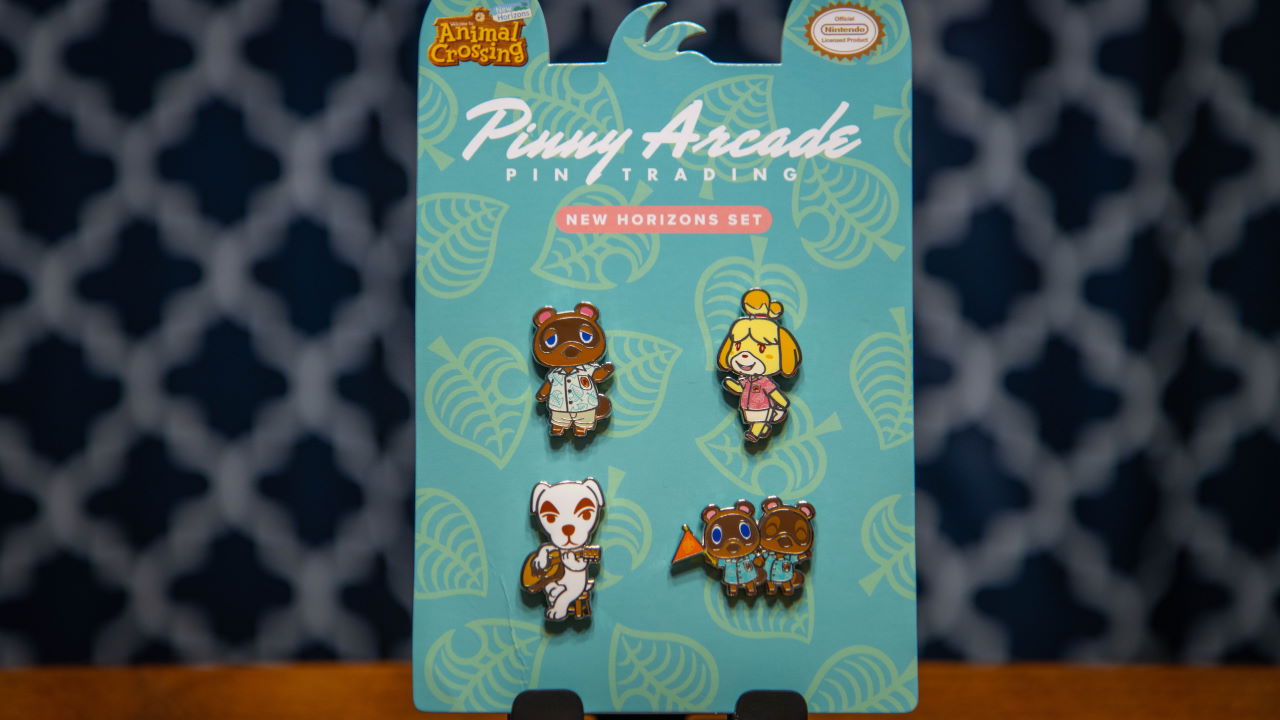 If you’ve never attended a gaming convention then many will recommend Penny Arcade’s PAX as your first. This was the case for me back in 2013 and after going to PAX East that year I’ve been back every year after and expanded to a few other events such as PAX West, South, and Unplugged.

At all of these events are the pin traders, rabid fans who spend a large portion of their weekend trading, buying, and collecting all the pins offered by the company. As the Pinny Arcade selection has grown, the Penny Arcade team has offered up more and bigger collaborations, with Nintendo becoming one of their biggest partners. And now they’ve added the first of what will hopefully be a long line of Animal Crossing pins, with the New Horizons set.

This pin set contains 4 unique and official Pinny Arcade pins. Isabelle, KK Slider, Tom Nook, and his newphews Timmy and Tommy are featured here, pretty much covering the big hitters of the series. I got to go hands-on with these pins after their release on the Penny Arcade store. With this franchise so ripe for pins like this, the expectations were big but I’ve come away quite happy with the work put in, as usual for the Pinny Arcade lineup. 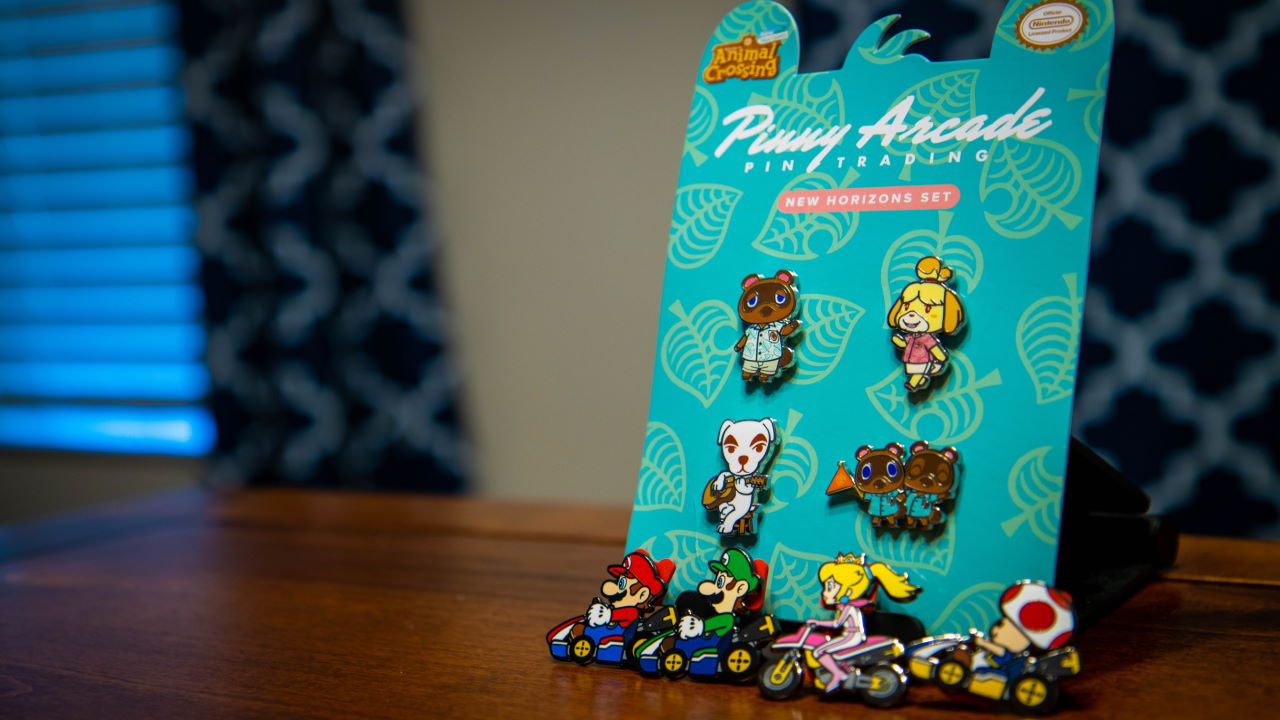 The craftsmanship is excellent, with all four being double-backed pins, which is important to many collectors. The designs are all great, though the Isabelle one has been used by Nintendo elsewhere so if you’ve already picked that up as a pin or keychain it can be a bit disappointing. The only other downside is the size, with all four feeling smaller than anticipated (compare to the Mario Kart pins in the pic above, also from Penny Arcade).

But despite the small size these pins still make a big impression. The images used are all quite memorable and evocative of the characters and game if you’ve already plunged hundreds of hours into Animal Crossing: New Horizons. So for fans of the game, this is a great set if you’re looking for more Animal Crossing merch.

But there’s also the longtime Pinny Arcade collectors who will want to know if it’s worth picking up. Given there’s no in-person PAX events for the foreseeable future, they’re surely getting antsy about not being able to trade and get all the latest pins. These are a great way to satiate that desire, with some top-quality pins even with the higher standard set by this manufacturer.

They’re a bit smaller than you might expect, and if you snatched one of the Isabelle pins being given out by Nintendo at PAX East 2020 then you already have a larger version of this Isabelle design, but this is a clear quality upgrade over that pin. If this is the beginning of an entire Animal Crossing series of Pinny Arcade pins then it’s a fantastic and promising start with much more room to grow ahead of it.