Can you get out alive? 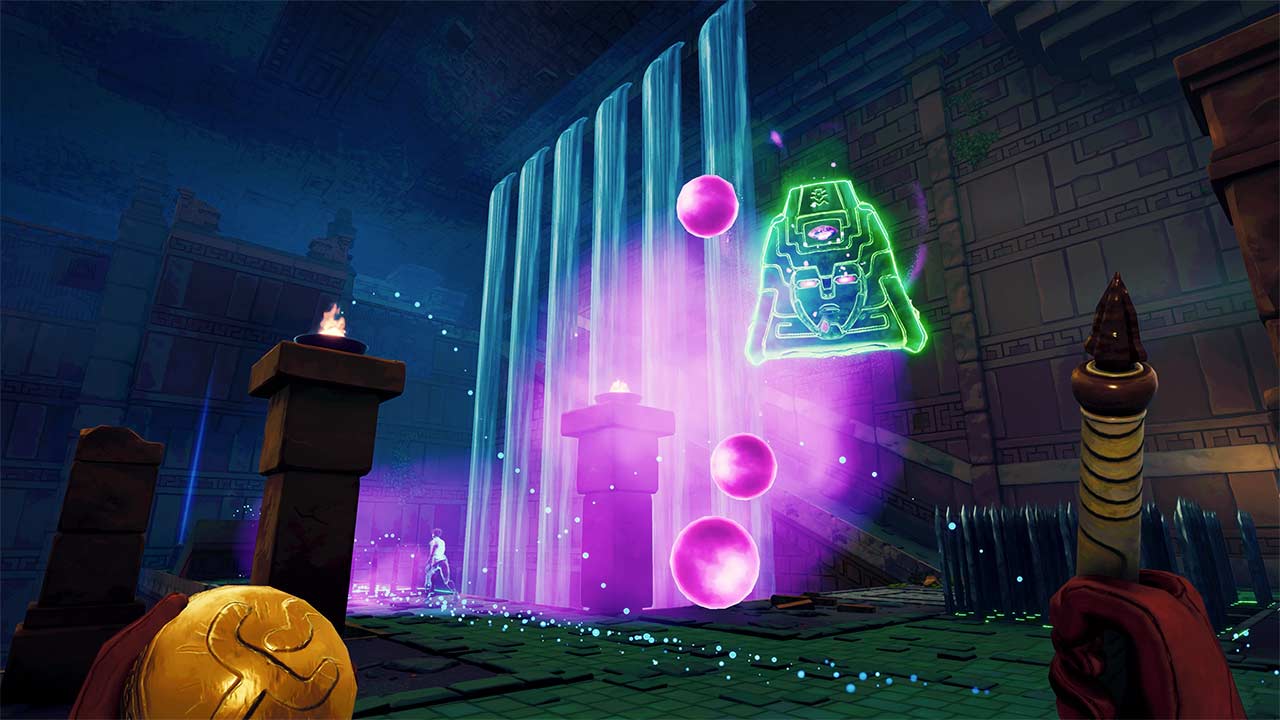 Tell me if this video game cake sounds tasty: A game that takes a bit of Mirror’s Edge, mixes that with a dash of Spelunky, and then ices everything with Indiana Jones or Tomb Raider? It does sound good if I must say so, and that’s precisely what Phantom Abyss is. Coming from Devolver Digital and Team WIBY, Phantom Abyss is an asynchronous multiplayer game that has players scouring temples for ancient relics. All the while attempting to avoid the many traps that have been laid out before them in procedurally generated levels. As stated above it’s part a first-person runner that really feels a lot like the original Mirror’s Edge, with that timed element of Spelunky complete with all the deadly traps as well.

The game is early access but we spent some time with it this weekend and couldn’t put it down. The first big reason for this was that Mirror’s Edge vibe. Sure, that was a very different game than Phantom Abyss, but first person obstacle courses are a lot of fun and the time trials in the original Mirror’s Edge were like my favorite thing ever. Couple that with some very engaging gameplay mechanics and it’s going to be interesting to see this game get polished up from here. See, the other aspect of Phantom Abyss is that it’s an online multiplayer game, albeit an asynchronous one. The phantom part of Phantom Abyss will see player avatars running same obstacle courses that you are, showing you the paths that they’ve taken in their runs through the temples. Is a giant boulder going to fall from the sky and crush you? It’s quite possible that the phantoms will clue you into its presence before it does.  Is a treasure chest tucked away in the corner, you can see the footprint path of previous phantoms and seek out the secret… if you’re willing to risk it.  See, each player in Phantom Abyss is trying to track down a unique relic.  Each relic can only be earned one time… ever.  There will only be one player that makes it to the end of a given level.

Crushed, Spiked, or Burned to Ash Just a few ways to die in Phantom Abyss

So that doesn’t sound too hard.  Just watch the other phantoms moves through the temples and follow them to the riches, right?  Well, it’s not that simple, actually.  There are some other things at play.  There are level guardians which will attack you at different intervals, making things exponentially more difficult.  We’ve seen guardians that shoot flames or laser beams for starters.  The deeper you get into the temple, the shorter those intervals.  So, while you’re trying to manage the spike traps, bottomless pits, and other hazards of the level you need to watch out for these tough guardians as well.  To make it just a bit harder, there’s a currency and upgrade system in the game as well.  So, on any given run you’re also trying to keep an eye out for treasure chests which have coins and keys.  Coins are straight forward and are a currency that allows you to purchase different perks called blessings for your character for the given run.  There are a bevy of these power-up blessings that can be purchased and earned.  As you head lower and lower into the temple, you’ll be given a chance to score a relic and head back the to temple entrance OR you can head lower still to more challenging areas of the board.  Accessing these deeper areas requires keys AND passing up on that relic will also mean that you miss out on a chance to expand your arsenal. 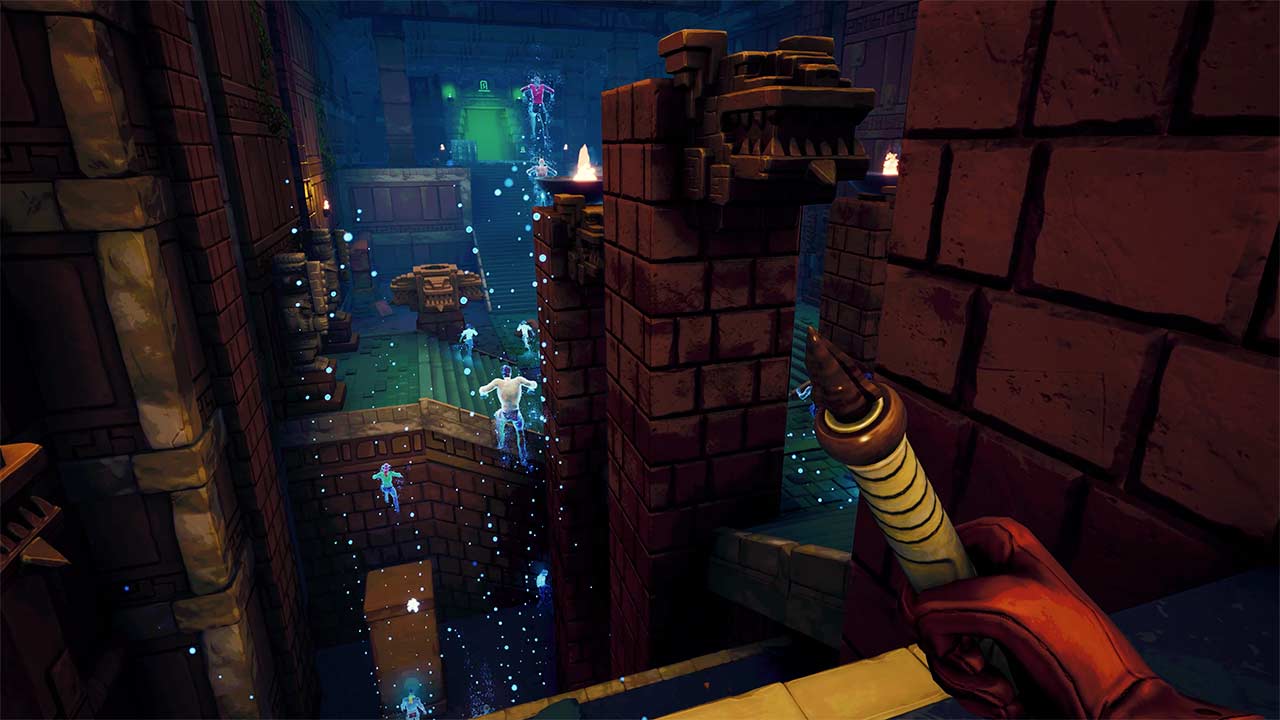 That arsenal largely consists of two things.  You have your whip, and that whip has specific properties associated with it.   The type of whip and visual style will change, but the big thing about new whips is the positive buffs to your character, which could be something like generating health or making the aforementioned blessings a bit cheaper.  The downside of that is that there are also downsides to each blessing.  For example, you might gain health but blessing may be more expensive.  So far, we’ve seen a wide array of different whips and combinations of blessings/curses that change up the game.  And they can change up your run significantly depending on the whip.  Beginning each round you can select one of the whips that you’ve unlocked.  However, if you die on that run your loot will be captured and it’ll need to be recovered.   This can be done by challenging friends (an aspect of the game I didn’t get to try out) or it can be reclaimed by using the items you’ve been collecting on each run.  It’s a nice feedback loop of achieving and losing and getting it back to tackle it all again.

Get out with the relic, upgrade your whip and earn your freedom

While we mentioned that it’s like Mirror’s Edge, that’s really in the moment to moment gameplay of the game and it’s only because it’s a first person game where combat isn’t the focus.  That said, the comparisons are eerily similar, but vastly different.  You’ll be navigating this world with a sense of speed, running from hall to hall in these temples, looking to roll, jump, and launch your way to an exit while navigating the many hazards.  The game has a nice feel to it in the gameplay department, while there are some things that don’t feel that great (looking at you log roll challenges and missing that last chance whip to save your life) there’s still room for improvement in that department. 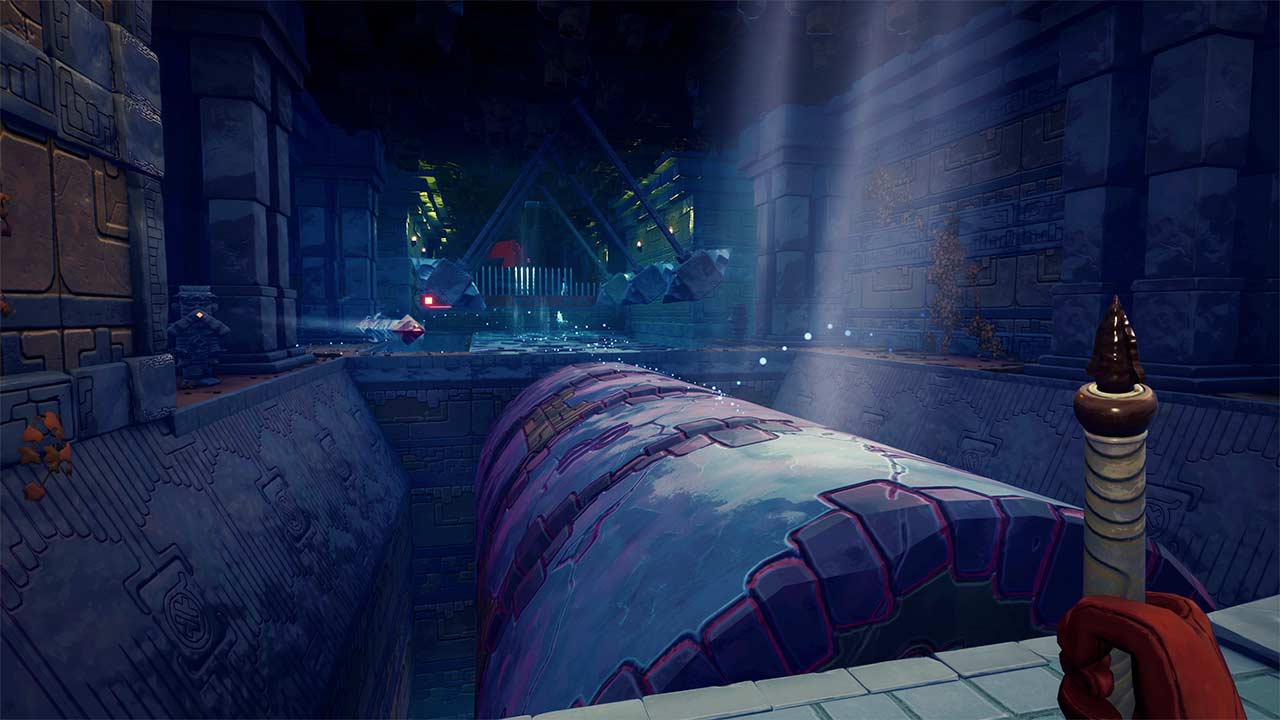 Going forward Phantom Abyss feels like it has a lot of potential. We could see this being a game that is a lot of fun to play and potentially a lot of fun to watch others play.  There’s a really nice, fully fleshed out game here, so taking the plunge in early access is going to give you enough game to feel rewarding, while still feeling like you’re in on the ground floor of something that could see some big improvements.  That said, what’s here is completely engaging and enough to keep you busy for the time being.  Furthermore, while it feels cut from the same cloth and inspired by pieces of other games, it really feels like the kind of fresh experience we need more of.