Preview: Assassin’s Creed Origins is a refreshing shake-up to an increasingly stale franchise

The latest news in the world of video games at Attack of the Fanboy
September 27th, 2017 by Lewis White 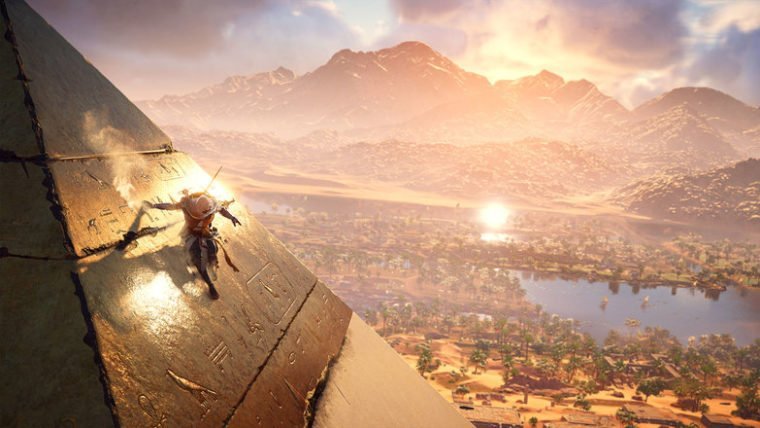 Assassin’s Creed is almost like the Western version of Dynasty Warriors. Year after year, Ubisoft would squirt out another iterative entry in the series with slightly bolstered mechanics, reused animations, and the same gameplay loop again and again until we all got sick and tired of buying the same game every year.

Assassin’s Creed Origins feels like a true sequel, a re-invention of the wheel. While the short twenty-minute demo I played at EGX 2017 still showcased the same basic skeleton from before, Origins’ gameplay design is like a Frankenstein’s Monster of mechanics borrowed from other titles and stitched into a lovely Assassin’s-Insignia-branded quilt.

Assassin’s Creed is still the same game that you’ve come to know and love (or hate) deep down in its core; while every new mechanic tries to mask the series it used to be, every now and again the mask slips back off and unveils an old love-hate friend that has finally changed for the better. Origins has shed its addiction to copy the same hollow shell of its predecessors and become a much-improved experience overall.

Playing as Bayek, the last of the Medjay, you fight to uphold justice in Egypt under the new rule of Ptolemaic Kingdom. While I only got to experience a small slice of gameplay in what is seemingly a gigantic game, Ubisoft’s demo is used to show the internal justice held by Bayek and his people. The small side mission I completed saw Bayek proving the innocence of a slave who was being unjustifiably beaten for allegedly stealing two golden Sobek statues. The slave claims that the statues were destroyed along with his ship which now rests at the bottom of the ocean.

The mission was simple: Discover the wreckage of the slave’s ship and determine whether or not the man was lying to his master. That mission, however, turned to be far from a walk in the park. It was peaceful at first; flying over the location as Bayek’s eagle to mark enemies and waypoints, diving underwater and finding one of the two statues before moving onto a nearby ship and recovering the second from a group of pirates. 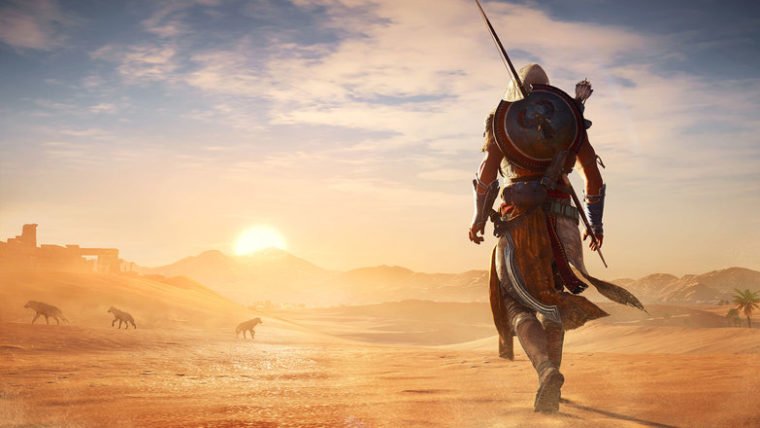 Origins’ world is a lot more active than prior entries in the series which made moving between the two objectives more enthralling than, say, just traveling by horse. While the distance between the first and second golden Sobeks was only about fifty meters, I decided to swim to a nearby fishing boat and “legally” commandeer the vehicle. What I didn’t know when I took over the boat, however, was that the fisherman was only traveling in my direction to escape a hungry, hungry, hippo.

This is just one moment in my twenty-minute gameplay demo that made me excited to explore the world of an Assassin’s Creed game again. While I escaped the hippo, my boat didn’t, splitting into large chunks and sinking to the bottom of the sea along with its original owner. The more engaging world is exhilarating; much like how the more recent Far Cry games have managed to engage players through tiger and elephant fights, AC Origins does the same albeit to a smaller, less infuriating degree (as far as I can tell). 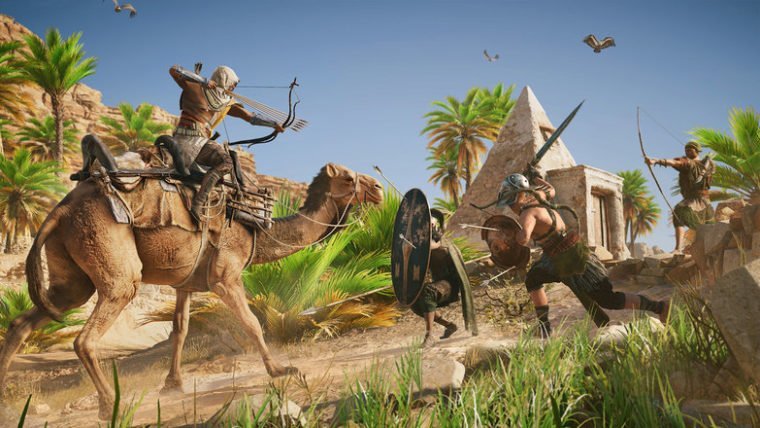 Even when moving onto the boat and finally interacting with the new controls and combat system, AC Origins feels like the game Assassin’s Creed was always meant to be. Light and heavy attacks are done with the right bumper and triggers with shield blocking on the left bumper and bow-aiming on the left trigger. Combat doesn’t feel more skillful than before, enemies are still quite easy to exploit, although instead of counter-combos this time your quick dash can be used to easily dispatch of enemies without getting hit.

While combat controls are vastly improved from before, movement can still be finicky when traversing the Egyptian villages and landscapes. Climbing, an essential but flawed mechanic of every Assassin’s Creed, can still have its quirks causing you to unintentionally jump away from buildings you’re attempting to climb up. The same goes for horse controls and swimming too, although nowhere near to the same degree. That said, Assassin’s Creeds’ movement has never been perfect and Origins continues this unspoken series tradition in a way that doesn’t appear like it would get in the way of standard gameplay.

Origins’ biggest addition throughout the entirety of the twenty-minute demo was the inclusion of a new RPG-style weapon system. Instead of how every post-AC2 game in the franchise allowed you to purchase weapons of slightly wavering statistics, this time around you’re able to find weapons throughout the game world and on dead bodies like traditional role-playing games à la The Elder Scrolls, The Witcher, et cetera.

Assassin’s Creed Origins is the most exciting revitalization to the series since the release of Assassin’s Creed 2. It’s not a complete from-the-ground-up remodeling of the classic format, but it should be fresh enough for series veterans who have gotten burnt out from the constant repetition of each game. As someone who has suffered from this burnout so much that I couldn’t even force myself to play Middle Earth: Shadow of Mordor due to its similarities with Assasin’s Creed, Origins is a decent-sized shake-up that has made me excited for an AC game for the first time since Black Flag.