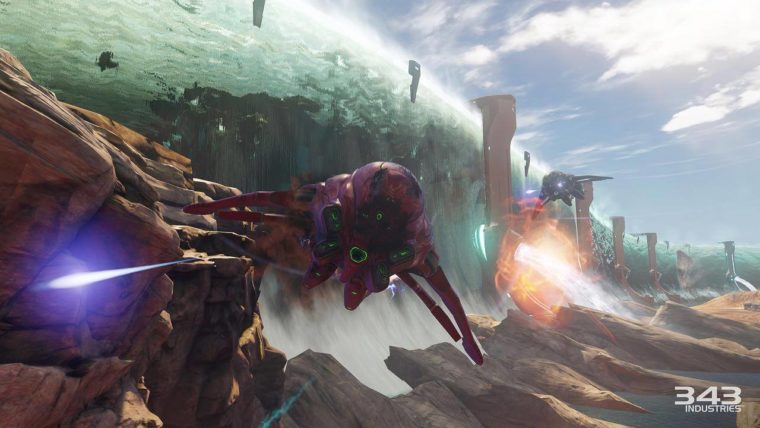 Halo 5: Guardians features a new multiplayer mode called “Warzone”. Arguably it could be the most enjoyable mode in the entire game.

I recently got to play an 18 minute match of Warzone with several other players and it was a blast to play. I normally don’t play online multiplayer FPS video games, but even I have to say this Warzone mode has me intrigued.

The thing that makes Warzone in Halo 5: Guardians so fun is how many options there are for you. Not to mention the maps are nice and large, so you’re not stuck inside narrow corridors all of the time.

The thing I like most about Warzone is that there is a healthy mix of enemies on the field. You are not just facing up against human players all of the time. There are AI bad guys and even bosses that are on the battlefield as well.

I have to admit I’m not very good at facing human players in FPS games, so it was nice I could still earn points by killing AI enemies too. Although during my playthrough, I still held my own against the other human players too. Thankfully the people I played with were the same skill level as I.

The REQ system is the main feature that makes Warzone so much fun. If you and your team play well enough, this gives you access to more weapons and even vehicles for you to use. If you really need a sniper rifle or a rocket launcher, you can easily visit a REQ station to select it. 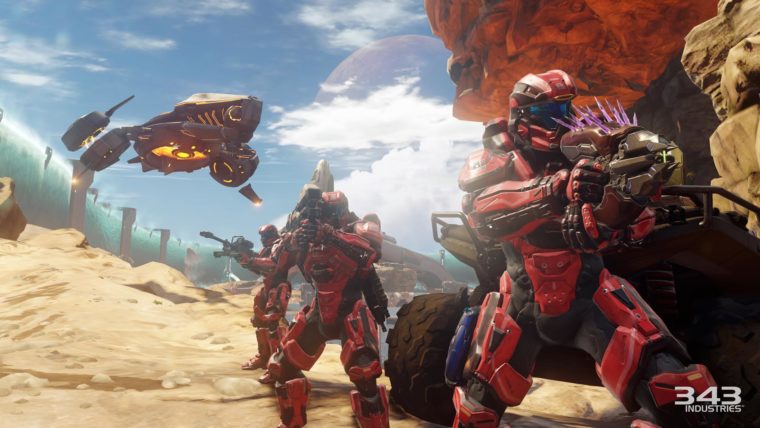 The opposing team didn’t like this so they decided to unleash a Ghost vehicle on the battlefield. Needless to say, they shot me to death. I wanted revenge so I got myself a Banshee. The battle was on!

I love the way that you can have so many vehicles at once battling it out. This is the one thing I feel that the Call of Duty series is always missing. Vehicular combat can be fun when it’s done right and 343 Industries manages to execute this perfectly.

The added tension of AI bosses also adds variety to the gameplay too. Sometimes you may have to team up with some enemy Spartans to help take them down. There are a lot of cool enemies that prop up and they can be tough.

For some reason, Warzone reminded me a lot about Battlefront 2. It might be because there is a lot of action going on and the maps are big and diverse. I have to say, I had much more fun playing this than I did Rainbow Six Siege.

Overall, I feel Warzone could be one of the most popular modes in Halo 5: Guardians once it comes out. If I decide to pick up the game, I’d definitely spend most of my time playing Warzone.