Preview: Rise of the Tomb Raider Has Actual Tomb Raiding 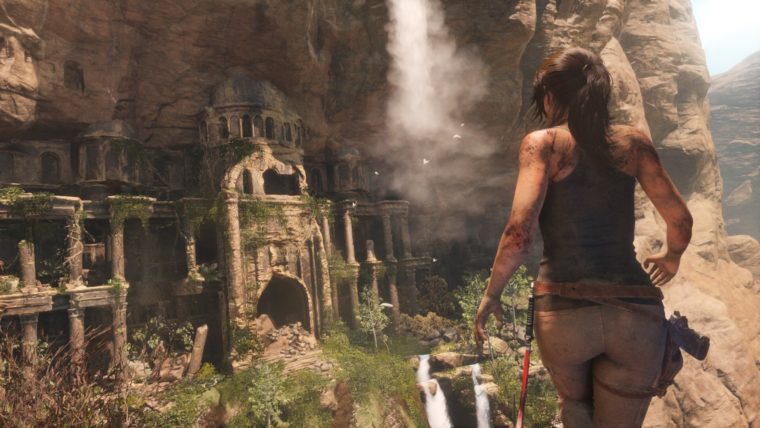 Rise of the Tomb Raider is out later this year for the Xbox One and Xbox 360 and it could be one of 2015’s best looking games. Not to mention the game harks back to the exploration featured in the older games.

I might be in the minority in this, but I felt the 2013 Tomb Raider game had TOO much action. Don’t get me wrong, I like action-packed games, but the 2013 game felt like it needed a breather sometimes. There was also a lack of actual tomb raiding which was present in the older video games.

Thankfully, the level I played in Rise of the Tomb Raider felt more like the older games. It was a level called “Prophet’s Tomb” set in the country of Syria and Lara had to go inside and solve some of its puzzle and secrets.

Most of the puzzles were water-based and it was quite fun figuring out what to do. The puzzles weren’t elaborate or hard yet, but I’m sure the full game will give us more challenges.

The controls aren’t too much different from the 2013 reboot. Lara is still quite proficient at swimming, jumping and shooting. You can even press pause and there’s a map that kind of tells you the general vicinity of where you need to go. 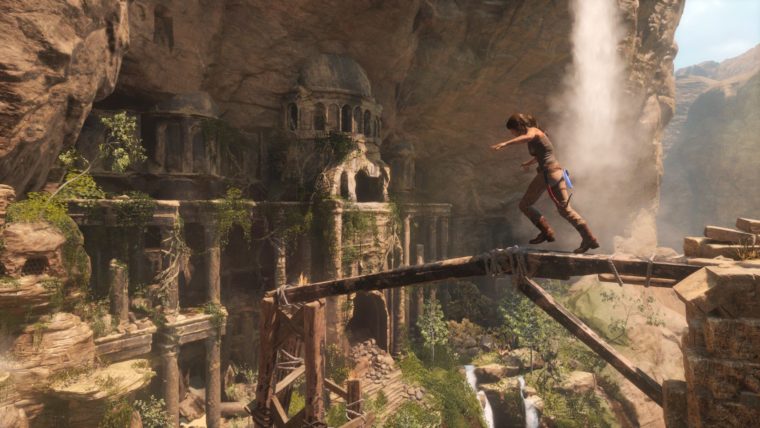 Although I love the fact that this game doesn’t hold your hand too much. The game forces you to figure out things for yourself and this is what I like. I feel there are too many recent games that think gamers cannot solve puzzles on their own. Rise of the Tomb Raider allows you to think for yourself.

I didn’t have a chance to try out the stealth mechanics sadly because the end of this level ended up in a firefight. However, the combat is still as slick as it was in the previous game. Lara’s pistol also has unlimited ammo in the preview build I played. I’m not sure if this will be the case in the full game, but it would be helpful if it is.

Fans that feel Rise of the Tomb Raider will be a slower paced game don’t have to worry either. After I finished tomb raiding, the level ended with Lara Croft needing to escape the collapsing tomb. The game still has the Hollywood style action pieces that made the previous game so fun.

Graphically, Rise of the Tomb Raider is one of the prettiest Xbox One games I have ever seen. The amount of detail on the Lara Croft character model is amazing. I also loved all of the water and lighting effects that Crystal Dynamics managed to achieve this time around. This game looks better than its predecessor and that game looked pretty good when it came out.

Even though my playthrough of Rise of the Tomb Raider was short, it impressed me a lot. It’s shaping up to be one of the best games of 2015 and that’s saying something as there have been many great games out this year.