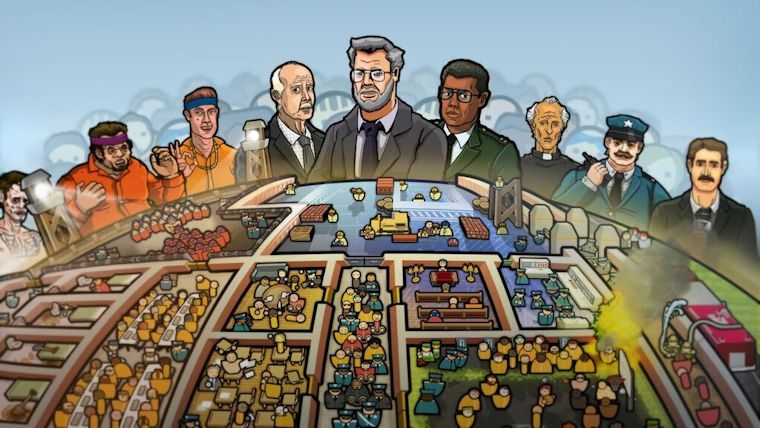 Simulation style games have become one of the most common in the industry over the last few years, ranging from realistic sims to more outlandish titles like Goat Simulator. 2015 saw the release of the prison break style game The Escapists and now the counterpoint to that game has arrived with Prison Architect: Xbox One Edition.

Early access is a very useful tool for smaller game developers, allowing gamers to pay to play from the early stages, who can in return provide feedback to the developer to make the game better. Xbox One has now implemented their own Xbox One Game Preview and one of the first games is a former Steam Early Access title with Prison Architect.

While a game like The Escapists revolves around planning and escaping from prison, all while doing the menial tasks that prisoners must go through, Prison Architect offers the opposite perspective. This starts by putting the player in control of a prison where they are responsible for the building and running of the facility, while also preventing riots and other major problems that plague a prison.

As an Xbox One Game Preview title, Prison Architect is a work in progress both in content and as far as stability and bugs. As of right now, the game offers two different game modes, one of which serves almost as a tutorial with individual stories being weaved throughout. The Prison Stories are a good entry point for anybody that is trying out the game for the first time, as it serves as a great teaching tool for many of the most important parts of building and maintaining a prison. 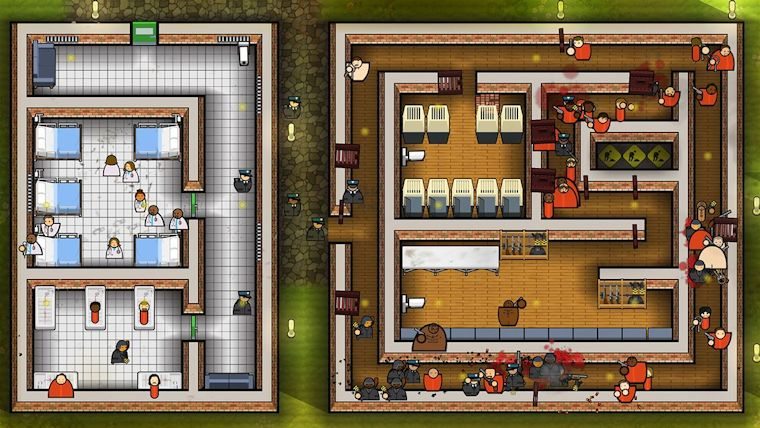 As of the current version on Xbox One through the Game Preview, there are only three game modes available, with two more listed but not available yet. The three at the start have some pretty simple stories included, but do a good enough job at pushing the tutorial-like setting along. There is an easy to access to-do list to see just what you need to do at any given time, but it does get annoying that you have to go back out of all menus to see these. It would be much better if you could see the remaining items that you need while you have the construction menu open, instead of having to backtrack, so hopefully Prison Architect could see about adding this option in the future. Otherwise, the controls work quite well on a console after transitioning from PC.

The other game mode in Prison Architect: Xbox One Edition for now is the New Game option, which lets you run your own prison, with the choice to start from scratch as an architect or as just the warden with a pre-built prison. When actually building your own prison, there are a good number of options to set before starting, such as prison size, starting funds, as well as whether failure conditions or prison gangs are turned on. There are also pre-made warden types that affect other areas of the prison, such as the types of criminals the prison will house.

The architect option literally starts the player with a blank slate in which you must build everything from the ground up. The included to-do list is very helpful here by showing what must be done to get the prison fully operational. This process can quickly become very involved, due to the very intricate system provided by the developer in Prison Architect.

For those that would rather skip the building process, starting as a warden takes away all of the building and thrusts you directly into the action with a pre-built prison. This works very well as an option for players that get bored by the very detailed and lengthy building process and would rather just stick to the running of the prison instead. The game offers 10 different prisons in this version, all of which feature some unique design characteristics. One feature that shows up on the main menu but is not available quite yet is the World of Wardens. This is going to allow players to share their own prisons with other gamers around the world. You will be able to then download and play their prisons as well, which is bound to add a lot of extra content to this game like Super Mario Maker’s community has done, though not quite to that level.

As Prison Architect: Xbox One Edition is in a preview state, it is to be expected that there would be some bugs and there certainly are, one of which can even be a major problem. A lesser bug that occurred pretty commonly involved the audio, where many portions of the game were completely silent when it shouldn’t be. The game does have a weird mechanic where the audio level depends on how zoomed in you are to the map, but the issue that has cropped up had the game staying silent regardless of what you did. This is far from game breaking, but it still can take you out of the experience.

There is also a much more pressing concern that can really hinder the experience as a whole. This bug involves hired workers in the jail, specifically workman, getting stuck while working on completing a task. There were multiple times where workman would get caught in a door, who then would block pathways and made it impossible to continue. Players can restart the game and solve the issue thankfully, but this is something that definitely needs to be fixed as the game moves forward in the Game Preview program.

The new Game Preview program is something great to see for consoles and Prison Architect: Xbox One Edition is a fine example of a game that fits right into it. The preview state that the game is in right now is missing a little bit that will be coming later, but still has plenty of content to keep players occupied. There are some bugs as well, but hopefully these will be fixed completely by the time the game eventually releases. For those that may have missed out on the PC release and love a good simulator style game, Prison Architect: Xbox One Edition looks to be a very promising experience.