The latest news in the world of video games at Attack of the Fanboy
January 23rd, 2017 by William Schwartz 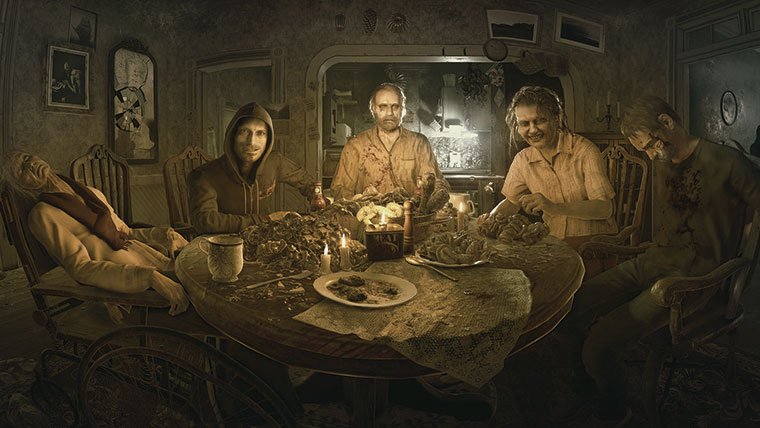 Resident Evil 7 is getting ready to scare the pants off of gamers shortly and we’re giving away an Xbox One copy of the game at launch.

Set within a sinister plantation in Dulvey, Louisiana, Resident Evil 7 biohazard takes place after the dramatic events of Resident Evil 6. Main character Ethan Winters has been led to the abandoned location in search of his missing wife, where he encounters the mysterious Baker family and thereafter, a horrific nightmare begins…

The series that first coined “survival horror” some twenty years ago once again makes its mark on the genre. Resident Evil 7 biohazard draws from its roots with signature hallmarks of exploration, puzzle solving and tense atmosphere; meanwhile, a complete refresh of gameplay systems delivers an innovative new take on survival horror. A switch to first person perspective for the first time in the series in a photorealistic style powered by Capcom’s new RE Engine creates a new level of immersion that will leave a disturbing, lasting impact on players.

So how do you win Resident Evil 7?

Simple.  Just use the giveaway platform below.  Start by tweeting the message below, and unlock more ways to enter.  For mobile users you can view and enter this contest on FACEBOOK. Once the contest is over we’ll deliver the winner a code for the game.

Good Luck and be on the lookout for our review of Resident Evil 7.