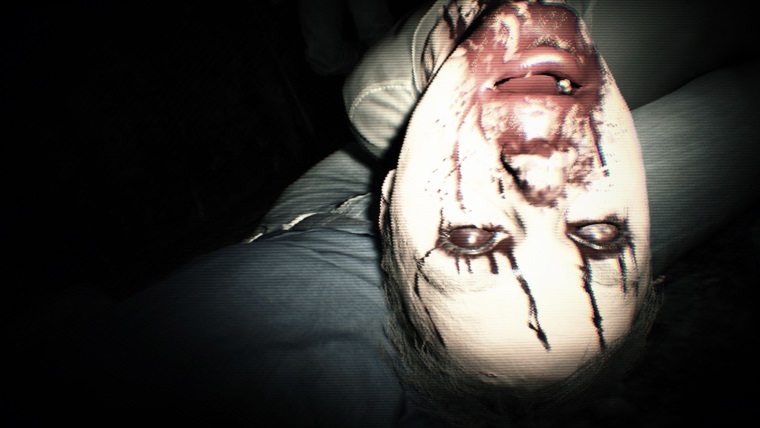 If you’ve followed my convention going adventures from this year then you know that Resident Evil 7 was one of my favorite games of E3. Freshly announced, Capcom was showing off the demo that was available online, but I got to try it on the PlayStation VR, enhancing the horror aspects of the presentation. At last weekend’s PAX West 2016 I got to revisit the dark, dingy world of RE7, still on the PSVR but in the brand new Kitchen demo, which has only been partially shown off before. The demo once again got me excited for the upcoming game, but the mysteries surrounding it are becoming a bit too much. Hopefully we get a full breakdown of what exactly this game is soon, but until then I’ve been enjoying the bloody mayhem, so here’s my thoughts on the Resident Evil 7 Kitchen demo.

Based on one of the original tech demos that was used to pitch Resident Evil 7, Kitchen places players into the middle of a very bloody conflict. Tied to a chair, immobile except for being able to move your hands (via moving the PS4 controller), players have to struggle to find their way out. However, once escape starts looking possible a horrifying woman appears, killing the player’s friend and terrorizing them for the next few minutes.

A much less active experience than the original RE7 demo, Kitchen was a bit less enjoyable, while being a more frightening experience in a lot of ways. There was no wandering of the house, looking for hidden objects and deciphering puzzles. Instead you just sat in the chair, frantically looking around for where your near-certain death will come. When the ghastly woman does appear it is a definite shock, and her tormenting of the player is tense, to say the least. As a standalone shock of an experience Resident Evil 7 Kitchen was satisfying, but far too short for a crazed fan like myself.

Still, there were some really standout moments. The PlayStation VR, once again, performed above expectations. It delivered a solid VR experience that was quite enjoyable, despite the horrifying images it was blasting into my eyes in full 3D. And this particular demo took heavy advantage of the technology, with motion controls and some very creepy moments that get right up in your face.

What’s unfortunate is that Capcom is still keeping us all in the dark about this game. We still not only haven’t played as the protagonist, we have no idea who they are. These demos are engaging and interesting, but they likely won’t even play a role in the final product. Instead they are meant to give us an idea of the themes of the game, but with such different demos being shown it is hard to tell what will make its way in. Sure, the atmosphere of Kitchen matched closely to the original demo, but it felt quite different in other ways that I’ve already mentioned.

Each new piece of Resident Evil 7 content is enjoyable on its own, and it’s starting to form a picture for what the final game could be. It is a totally new direction for the series, and for horror games in general. It’s a huge risk, especially for a franchise as old and beloved as Resident Evil, but it’s a risk that was needed before RE faded into stagnation. But with that comes a whole lot of worry about what this whole thing will turn out being. Capcom is doing a great job of keeping that part a mystery, but hopefully they start opening up soon, cause the intrigue is killing me, almost as much as that horrible woman did.