The latest news in the world of video games at Attack of the Fanboy
December 11th, 2017 by Jelani James 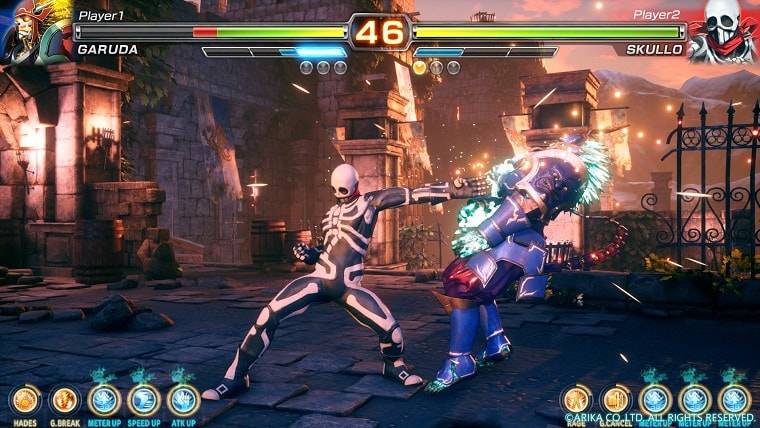 The Street Fighter EX series has been dead for over 15 years now, but fans can briefly revisit those days with the beta of Fighting EX Layer which, as promised, is now up on PSN.

Honestly, demos are one of the most frustrating things to find on the PlayStation Store and Fighting EX Layer might be among the most annoying of them all. The PlayStation Store on the PS4 didn’t have the game earlier today, so I had to download it off the browser version of the marketplace. Hopefully the store gets properly updated, but in the chance that it doesn’t, you can download it here.

Once you get past the mild inconvenience and surprisingly short download time, however, you’ll be able to jump right into the game where you can either practice in training mode or smash some skulls online.

As indicated by the headline, Fighting EX Layer feels almost retro in style. While other popular fighters have steadily been moving forward in various aspects over the years, Fighting EX Layer hearkens back to the Street Fighter EX series (1996-2000) and fans will notice this almost immediately, as the UI and soundtrack are both heavily inspired (and occasionally taken directly) from said series. In fact, if it wasn’t for the fact that Arika doesn’t have the license to Street Fighter series, then this could have easily been titled Street Fighter EX 4. 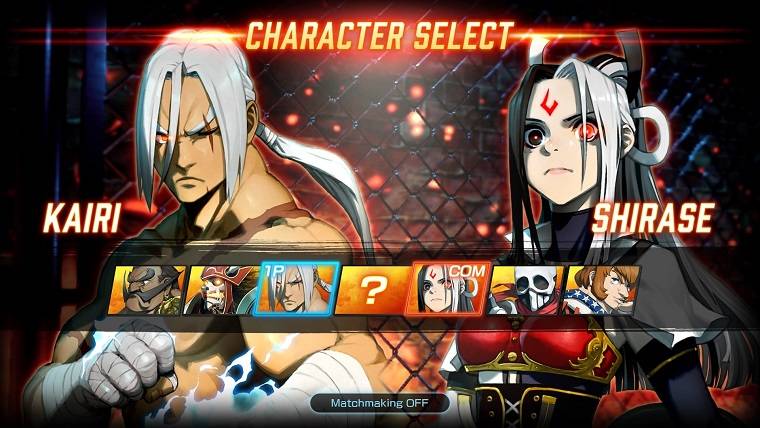 Of course, you don’t need to have any experience with Street Fighter EX series to enjoy this game. Despite having a six-button layout (Light, Medium, Heavy Punch/Kick), the game is very easy to learn — even with the lack of a proper trial mode to learn any combos. What’s more, the combo system is highly orthodox, so it doesn’t take much effort to string together one or two normal hits before using a special attack and finishing with a super. The only thing to take note of are the two different control schemes: Classic and Progressive. The former features QCF, HCB and other such traditional inputs, while the latter features simplified controls where special attacks can be launched from a neutral position with a single button+directional input combination. Progressive appears to be made for those who aren’t familiar with fighting games in general, but I still can’t figure out how to do a full combo with it.

The beta features six characters, each with their own strengths and weaknesses. For example, Kairi plays like a traditional Shoto character, so while he’s easy to learn, he’s somewhat straightforward and you’ll have to put in a lot of effort to master him. On the other hand, Skullomania is a very tricky character and players will need to make the most out of his whole moveset to get the win.

Right now, the thing that separates this game the most from other fighting games is the Gougi system. When selecting their character, players can pick from various Gougi “sets,” each with their own theme and purpose. For example, Shinobi allows players to boost your speed and execute tricky manuevers to confuse the opponent, while Aggressive allows players to increase the strength of their attacks and deal heavy damage with supers. 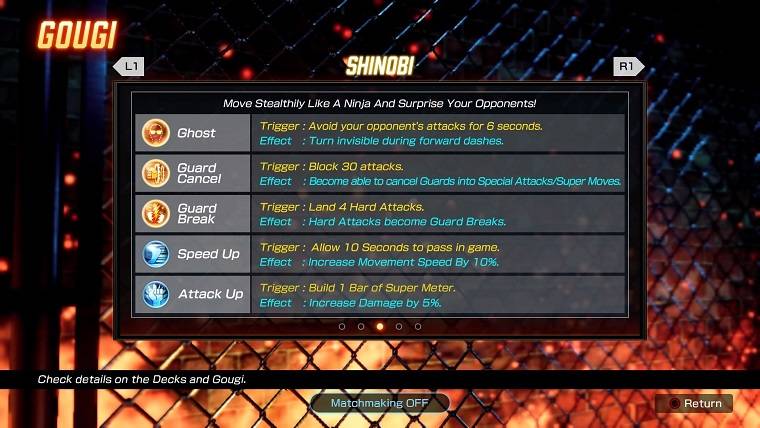 Gougi, as promised, is highly dynamic and helps gives the game an EXtra (sorry!) layer of depth. Part of the reason why this is the case is because each ability needs certain criteria to be unlocked before they can activate (like Street Fighter x Tekken). Some simply require 10 in-game seconds to pass, but others demand that the player dodge the enemy’s attacks for six seconds. In general, the harder they are to unlock, the better the ability will be. For example, allowing 10 in-game seconds to pass gives your character a simple speed boost, but dodging enemy attacks for six seconds gives your character invisible forward dashes. Honestly, I’m looking forward to seeing what Gougi will be added in the future and whether you can make your own sets in the future, as I can imagine players making some devastating setups if provided the opportunity.

Once you get a handle on your character and Gougi you can head online. Luckily, since the beta is only on its first day, the skill level isn’t that high and its pretty easy to find matches. Furthermore, the netcode appears to be quite good as I’ve been watching my brother play online for about two hours, and there hasn’t been much lag to speak of. I’m not sure if this is due to the number of players online or whether it actually respects your matching specifications, but I hope the online is as strong once it arrives next year. 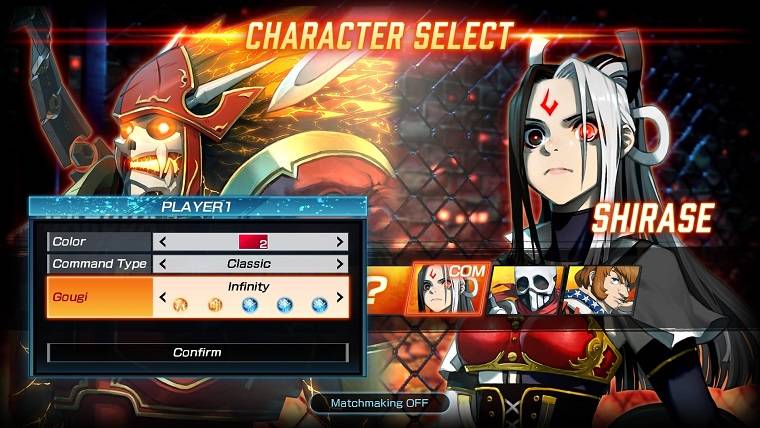 The only complaints I have thus far (which can easily be remedied later) is that the neutral game can use some work due to sweeps being very strong right now and that certain attacks and techniques don’t seem to work the way they should — there might be Gougi explicitly designed to make up for that though. Lastly, quitting an online match takes you straight to the main menu, rather than back to training mode.

Overall, I’m pleased with how Fighting EX Layer has turned out thus far and I’m looking forward to seeing what other players find out during the course of this two-week beta period. I do have some several reservations, but this game clearly has potential which I believe will be fully realized once the full game arrives in 2018.