Semblance Hands-on: A Platformer Where You Shape the Platforms 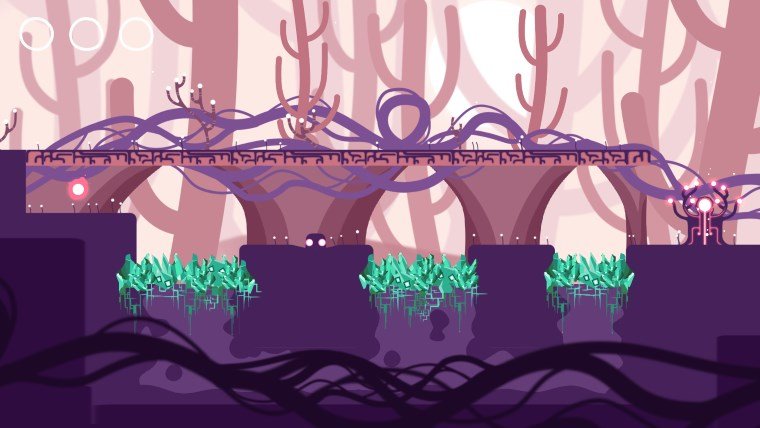 As I wandered the perpetually packed halls of PAX East 2017 I was accosted by a developer just outside the Indie Mega Booth. This area is full of the most dedicated game developers out there, usually showing off their passion projects. This was definitely the case for Semblance, the game that was quickly shown to me in the short timespan between pre-arranged appointments. I’m glad that the developer grabbed me too, because it was a great game and has definitely made its way onto my “to-watch” list for 2017.

Semblance has a lot of promise as a 2D puzzle-platformer

Semblance is a platformer, but with an interesting and unique twist. In Semblance you play as a tiny cube of…something. I think it’s playdough actually. As you move through the levels, with the floor squishing beneath you as you travel, you’ll encounter puzzles wherever you go. The manner through which you solve these puzzles is what separates Semblance from other platformers: you shape the level and its platforms however you want.

See a collectible up high with a small platform below? Jump from underneath the platform and lift it up, then just climb up and jump to grab your objective. Seems simple enough, but it takes you awhile to rework your standard platformer tendencies to use it effectively. And the game adds in tons of interesting twists to make this mechanic truly sing.

Just when I was getting used to the simple puzzles that required shifting the landscape up, down, or sideways that’s when new things were introduced. These included barriers that caused whatever platform they touched to spring back to its original state. I emphasize that they “spring” back, because while it’s introduced as a hindrance, it quickly became just another tool to be used to continue through the level.

As I continued through Semblance, with new mechanics being layered on with ease and skill, I kept having to slap myself whenever I forgot what made the game so different. As I struggled to get to an objective I realized how simple the solution was, but I was stuck in my old style of thinking, looking for platforms to jump to, without remembering how Semblance works. It makes for a fun little “aha!” moment when you figure out a new mechanic, or remember how to work through what’s available to you.

Semblance has a lot of promise as a 2D puzzle-platformer, with a 2017 release date on PC and Mac. Consoles would be a great place for a game like this, so hopefully the developer can grab someone who can help out there.

Home / Original Articles / Semblance Hands-on: A Platformer Where You Shape the Platforms

Indie PAX East PC GAMES Steam
You May Like