Six favorite games based on The Simpsons 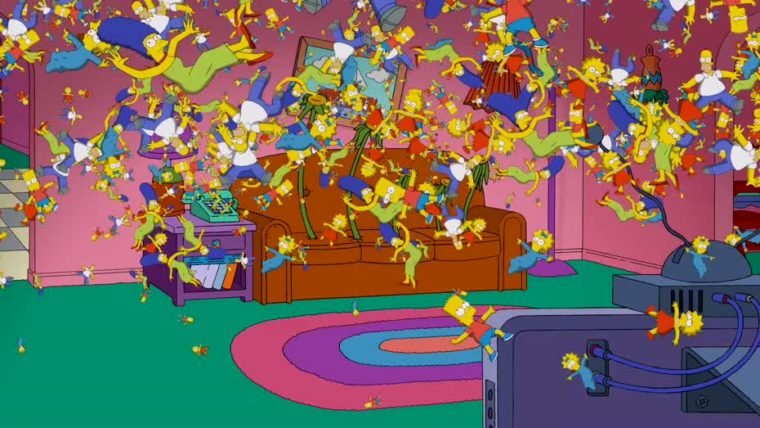 FXX recently finished their 12-day marathon of every episode of The Simpsons ever, including the 2007 movie, and despite aspect ratio issues with some of the golden age episodes, it was a massive ratings success for the network. But if you’re someone who sat through the entire 12-day marathon and you weren’t driven mad from lack of sleep, what now? The Simpsons World app is coming but it’s only available to FXX subscribers who live in the US.

If you need a Simpsons fix and can’t source your own reruns, why not go back and play a classic game, or at least an old favorite? And there have been more than a few games over the years, some far better than others and some that are favorites despite themselves.

This was the first playable, electronic version of The Simpsons. Four players each controlled one of the family members on a mission to rescue Maggie after Smithers kidnaps her while robbing a jewellery store and takes her back to Mr. Burns. While Burns has always dabbled in the evil side of life, a jewellery store heist seems beneath him.

This melee side-scroller was a heck of a lot of fun to play in arcades when a group of people are involved, less so on your own. Getting all four characters flying around the screen and trashing bad guys is hilarious. Its connection to the show is aesthetically there though the plot is dubious at best and lacks the satirical comedy of the series. Then again, that really isn’t the point of the game.

It was ported to other systems at the time and eventually found its way to the Xbox Live Arcade and the PSN but it has been removed. It’s still best played on an old school arcade machine if you can get your hands on one.

Bart vs. the Space Mutants

It’s entirely possible that this was the first game I played on the NES. Sorry, Mario…

Aliens are invading Springfield and Bart is the only one who can see them thanks to a pair of x-ray specs so he sets out to rid his hometown of these interlopers. Naturally, you skateboard your way around the 2D sides-scroller collecting coins a gear to take the aliens down.

It’s an interesting game as it’s from the era when Bart was the focus of the series, before Homer took the reins and other characters blossomed. It was the first of several Bart-centric games released on various existing systems (NES, Genesis, Game Boy, Game Gear) between 1991 and 1995, many of which were not so good. Bart vs. the Space Mutants is definably the best of The Simpsons games made for the NES and is still fun to play.

Ah, there’s nothing like settling for an undisclosed amount of money out of court when accused of patent infringement. The style of game play in Road Rage is more than a little similar to Crazy Taxi and developer Sega took issue with that. Various Springfield residents start operating unlicensed cabs after Burns creates a public transit monopoly. Frankly, Crazy Taxi plays a lot better than this game but Road Rage is a lot more fun for fans of The Simpsons. It’s filled with quotes and new voicing from the actors as well as locations and vehicles from the series.

The unofficial follow up to Road Rage diverges greatly from the Crazy Taxi model, which is probably a good idea given the…well, lawsuit. Instead, inspiration is drawn from Grand Theft Auto III for some features of the game. The story is much grander, bringing Kang and Kodos in as they produce a reality series at the expense of Springfield’s residents. The gameplay is far more diverse than Road Rage though you can only control one specific character per level. While it doesn’t delve fully into the model, many aspects of Hit & Run are sandbox-esque. And there’s even more Simpsons comedy and voicing to enjoy.

It was four years before another game based on The Simpsons was released and it was solid. Though it was released shortly after the 2007 film, the game and movie aren’t connected in any way other than sharing the same source material.

The Simpsons Game was written by writers from the series, and features a story that utilizes Simpsons humor and characters while effectively satirizing  video games as a whole.  This includes villainous appearances by Will Wright, creator of SimCity and The Sims, and even Matt Groening himself. While a number of video games are spoofed, the Grand Theft Auto franchise certainly takes the biggest hit.

As always, critics were divided on this one. Some believed the humor gave it a fresh vibe while others felt the gaming experience just wasn’t strong enough. Ultimately, The Simpsons Game is a lot of fun to play whether you’re a fan of The Simpsons or not, and definitely laugh out loud funny at times.

The Simpsons: Tapped Out

Casual gaming via tablets and smartphones has definitely become a huge part of the marketplace and The Simpsons finally took the plunge with Tapped Out. The premise is that Homer has destroyed Springfield and you’ve been tasked with rebuilding it with characters, decorations, and buildings from the TV series.

Many of the characters used in the game speak when “touched”, voiced by the same actors as the series and often using phrases that reference the series. Unfortunately, characters voiced by celebrities and guest stars on TV rarely speak in the game. Tasks, events, and decorations frequently relate to holiday s but also are themed for the show. The “Whacking Day” event is a personal favourite.

Naturally, the game requires you to complete tasks and collect in game cash to progress. And it constantly bates you into making micro-transactions with real world money. It also offers enough content beyond the premium options to keep it interesting. The current event, “Clash of Clones”, is a parody of another freemium game called Clash of Clans. “Clash of Clones” thoroughly skewers the freemium model, and finally gives up on the last vestiges of the fourth wall between the game and its users.

These may or may not be the best of The Simpsons video game adaptations out there but they are personal favorites.  And they’re a great way to deal with FXX marathon withdrawal.

Home / Original Articles / Six favorite games based on The Simpsons