Street Fighter 5 Guile DLC Impressions – Is He Worth It?

The latest news in the world of video games at Attack of the Fanboy
May 2nd, 2016 by Dean James 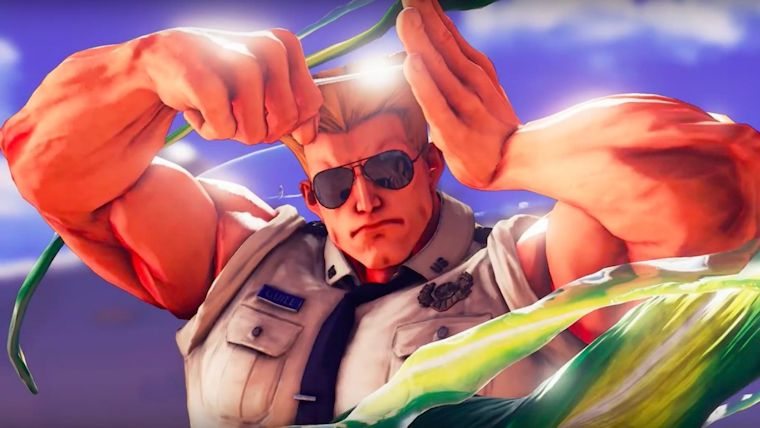 Street Fighter 5 has been out about a month and a half now and while the game was very lacking at launch, Capcom is gradually infusing new content into the game. Last month brought us Challenges and the first DLC character with Alex and now one of the most iconic characters, Guile, has been added with the 2nd round of character DLC.

The way DLC is handled in Street Fighter 5 is quite different from most games in the genre, as while the DLC characters can be outright bought with real life money, you can also grind and just purchase them with the in-game Fight Money. However, due to the Zenny Store that you can use real money in not being up yet, last month’s Alex is still free while Guile is free for now as well. While this is the case, we still took a look at Guile to see if he is worth it once you actually have to pay one way or the other for the character.

Guile first debuted back in Street Fighter II and quickly became a fan favorite for a number of reasons. His character design was different from the rest, his move set was a little complicated but fun, and he had the most memorable theme tune from the entire game. Just like back then, the first two are what really makes Guile a great addition to Street Fighter 5, while the music makes an appearance as well.

One of best design choices that the development team behind Street Fighter has done over the years is try to maintain the base move sets for the reoccurring characters and Guile is a great example of that. Besides the Houdouken, Guile’s Sonic Boom may be one of the most well known moves from the Street Fighter series and it plays a big part in his move set.

Guile actually can be one of the tougher fighters to master, as he is what is known as a charge character. This means a majority of his attacks require you to hold the joystick, analog stick, or d-pad in a certain direction for a few seconds and then perform the rest. This is incredibly hard to pull off regularly against the faster opponents like Ken when you’re first learning how to play with him, but he can be very effective and fun to use.

He is able to do well in close combat with his basic techniques and his Somersault Kick, but where he can really shine is in the medium range game. The most effective and enjoyable combo is his Sonic Cross, which takes his Sonic Blade that can do damage up close by itself and pairs it with his Sonic Boom to get a projectile that is not only useful from long range, but also can negate most other projectiles or attacks.

Guile’s V-Trigger is a big help also as it allows you to power up techniques like the Sonic Boom or Sonic Cross, allowing you to send extra projectiles at the opponent, though at the cost of depleting the V-Trigger meter much more quickly. He also has his two Critical Art attacks with the basic Sonic Hurricane or the powered up Sonic Tempest, which, like the Sonic Boom, can be hard to pull off for those who are not used to charge attacks.

Separate from Guile is also his Air Force Base stage that you can purchase separately with in-game fight money or by purchasing the season pass, with the ability to buy it with real money coming later. This stage is a near perfect recreation of the classic level, while looking better than ever. Alex did not get a new stage last month, so this one is the first new stage you can get in the game and it is a must buy for anybody that wants to reminisce about the old days of Street Fighter II, while also brawling with Guile.

While the actual system of how Capcom is handling DLC is kind of questionable, as while you can purchase with in-game money when they take the free versions away, grinding to get more than one can really take way too long. This is made even worse when factoring in the alternate costumes as well. Regardless of that though, Guile is really one character that you should try and buy one way or the other. He is an excellent modern interpretation of the character we’ve seen over the years and is honestly is hard to imagine having another Street Fighter game without him like we did with 3.

With the character stories in the game providing you at least enough to purchase one character in the game without grinding further upon them actually going up for sale, I would recommend Guile at this point over Alex. While Alex is still enjoyable, Guile is even more fun to play with in the game, even if he takes awhile to get used to for newcomers, and definitely deserve a spot on your playable roster in Street Fighter 5.

Home / Original Articles / Street Fighter 5 Guile DLC Impressions – Is He Worth It?