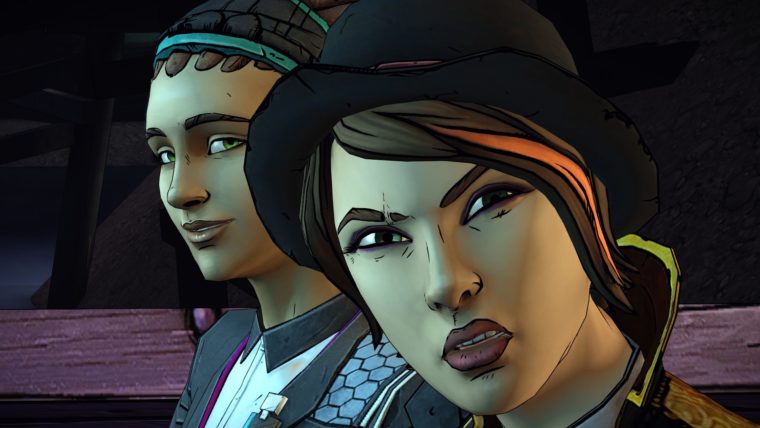 Telltale’s Tales from the Borderlands series is only one episode away from the finish. With Episode 4 launching in August, we shouldn’t have too long to wait before we say goodbye to Fiona and Rhys, and their plucky band of adventurers. Before we bid our fond farewell, we got a chance to chat with the voice actress behind Fiona, Laura Bailey.

With credits that stretch across all forms of media, Bailey has almost certainly been involved with something that you love. Whether it’s Tales from the Borderlands, Halo, Street Fighter, Final Fantasy, Star Wars, Fullmetal Alchemist, Dragon Ball Z, or her show on the Geeks & Sundry Twitch channel, you’ve probably encountered Laura Bailey in a number of places through your entertainment of choice. In fact, she was the most cast woman in video games for 2014, and 2015 is looking like it could follow suit, with major roles in a bunch of big games.

Check out our interview below, where we touch on the upcoming Tales from the Borderlands finale, as well as her history with voice acting, and a few of her other upcoming roles.

Kyle: So, let’s start with the easy stuff. You’ve had an extremely robust career in voice acting. How did you first get into the job, and what made you start working with video games?

Laura: I was pretty young when I started actually. I had just finished high school and was doing some local theatre in Dallas. One of my castmates in a show I was working on was doing voices for DragonBall Z and asked if I’d be interested in auditioning. And, of course, I was! So I went in and got the part of Kid Trunks as well as a few smaller roles and just kept going after that. My first game, BloodRayne, was a couple years later. 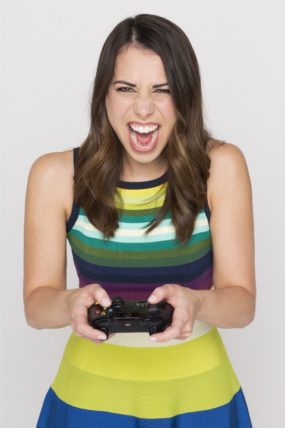 K: If my scanning of your roles is correct, you’ve now had parts in three different Telltale games. How did you end up working with Telltale initially?

L: My first project with Telltale was Wolf Among Us. I was approached for that game because one of their cinematic artists, Ryan Wetherall, suggested me after we worked together previously on Star Wars: the Old Republic.

K: What’s it like to work on a Telltale game in comparison to other video games? I would imagine all of the choices result in a ton of extra dialogue for you to read through.

L: There is a lot of dialogue, yes. Which I love! I love that based on the different branches, I get to explore different aspects of Fiona’s personality. Nick Herman and Pierre Shorette do a wonderful job of keeping track of where each chain of dialogue falls in conjunction with everything else. With that many options, it could easily get confusing, but we’re able to jump back and forth a lot to make sure we’re always coming from the base scene.

K: Is there any line or scene so far that has stuck out to you as especially weird, funny, or memorable in some way? Whether on Wolf Among Us, Tales from the Borderlands, or Game of Thrones.

L: Well, let’s be honest, almost every scene in Tales From the Borderlands is weird and funny and memorable. I really liked recording the spork scene. So gross. But playing that episode brought it to a whole new level.

K: With just one episode of Tales from the Borderlands left are you getting excited, anxious, or all of the above?

L: All of it. All of the everything.

K: Have you already recorded your lines for Tales from the Borderlands Episode 5? I’m going to assume you can’t say anything about the story, but do you feel like fans will be happy with where Fiona ends up in her journey?

L: I have. I recorded my final pickups for the episode today actually. I can’t say much, but recording this episode has been wonderful. Recording this entire game has been great, but this far into the process, Fiona is so much a part of me now. I can’t wait to play it and see how it all comes together. In my imagination, it’s pretty epic. 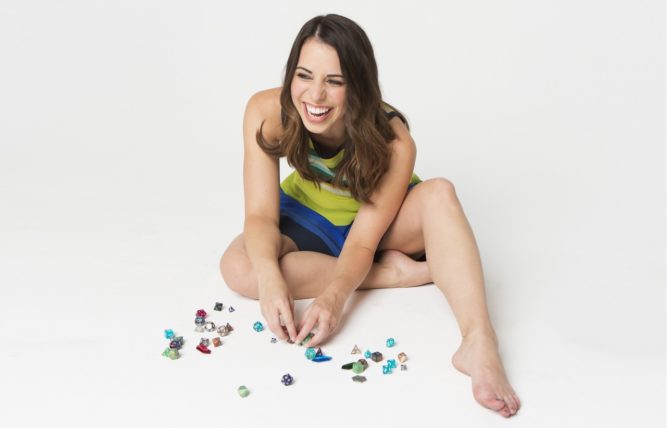 K: How alike are you to Fiona? Did you draw any inspiration when you were crafting the character?

L: I like to think we’re very alike, but she’s waaay more badass than I could ever hope to be. She’s loyal and stubborn and tends to boss everyone around too much. heh. Plus Troy is one of my very best friends. We like to give each other shit a lot. So the banter between Rhys and Fiona always felt really comfortable because, even if he hadn’t recorded yet I could guess how Troy was going to read the lines. And then, most of the time, he would still surprise me when I heard the audio in game. He’s kiiind of ridiculously talented and stuff.

K: Switching gears a little bit, you’ve done a ton of voice work in other fields, such as anime (Lust in Fullmetal Alchemist was amazing work BTW). How do those compare to video games from the voice actor’s perspective?

L: It’s all similar and it’s all different. Games are continuously evolving. Now, working on a game could mean recording battle dialogue in a booth alone (which feels very similar to anime) or filming for months on a mocap stage. (which feels very similar to working on a movie.) Lately, it’s even becoming more common to record game audio with the other actors in the booth. It’s harder, because game dialogue tends to branch so much more than a cartoon would, but I definitely prefer to have the other people in the scene there with me. It always feels and sounds so much more natural when you can actually react to somebody.

K: You’ve done characters for some of the biggest games and game franchises of all time, including Bioshock, The Last of Us, Final Fantasy, and Dragon Age. What was the biggest “holy crap, how did my life end up here” moment for you, where you were just shocked to be a part of something?

L: Oh man, too many to name. Being cast as Black Widow was pretty insane. So was getting to play jedi Kira Carsen – especially considering that my room was decorated with Star Wars everything growing up. Honestly, I grew up playing video games, y’know? I’ve spent endless hours obsessing over Sierra games and Final Fantasy and Halo and Mass Effect. I can’t believe this is what I get to do every day now.

K: Any other project that you are particularly proud of or want to mention?

L: Halo 5 Guardians is out October 27th – I play Spartan Olympia Vale and I’m crazy stoked to see it finished. Also, every Thursday night at 7pm I do a live show for Geek & Sundry’s twitch channel called Critical Role! It’s a crazy game of D&D that I play with a group of other voice actors. (Matt Mercer, Travis Willingham, Ashley Johnson to name a few…) We all goof off and have fun and speak in character voices the whole time. It’s ridiculously fun.