The 15 Best Elden Ring NPCs According to Players

Find out who the most loved Elden Ring Characters are! As you make your way through the Lands Between, you’re bound to run into a bunch of loveable characters. Some will pull at your heartstrings and others make you feel for their unending journey of salvation.

There are so many faces in Elden Ring, that it’s hard to pick who is the best character, but according to 1700 players surveyed by Famitsu, these are the 15 best NPC characters in Elden Ring.

These are the most popular characters in Elden Ring according to players. Loved by players for her questline and haunting beauty, it’s no surprise to see that Ranni The Witch was the number one voted NPC by gamers, as she features one of the most heartwrenching questlines in the game. You’ll find out what caused her fate, as well as the chance to serve under her, which most players jumped to do at the chance. A little humor goes a long way, and in the case of Iron Fist Alexander, a few wacks to the bottom can leave a big impression in the mind and hearts of gamers everywhere. You’ll find this large pot lad throughout the world of Elden Ring, and every time you come across him, you’re in for a treat. A towering giant with the face of a wolf, the terrifying Blaidd can either be your best companion, or one of your worst enemies. You’ll come across him initially during the Ranni The Witch questline, where you’ll find that he can become the best thing to happen to you or an absolute nightmare. Players love him for his looks, but may not love his temper. 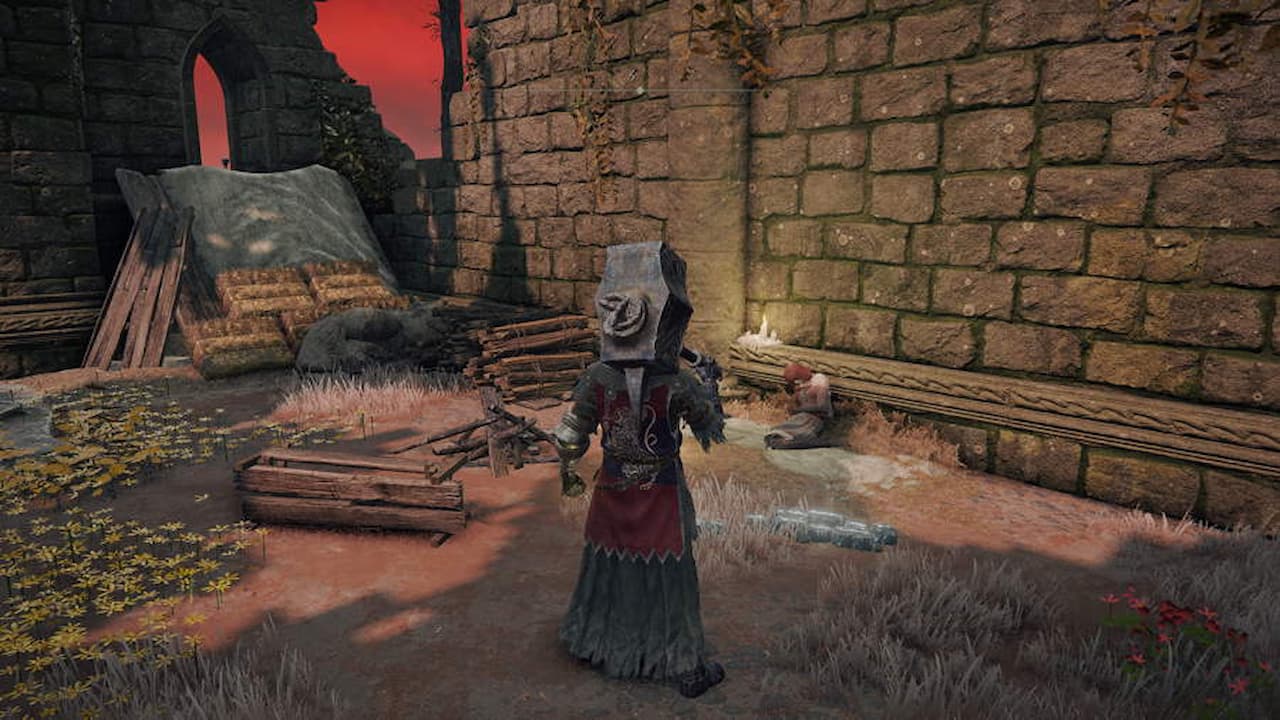 You’ll come across this young, beautiful woman that has an incurable case of Scarlet Rot, and it’s up to you to do your best to help Millicent out. Her story is heartbreaking, so prepare your tissues as you find yourself falling more and more into her grasp. You’ll also get some great items from her as you progress through her questline and some great backstory throughout. 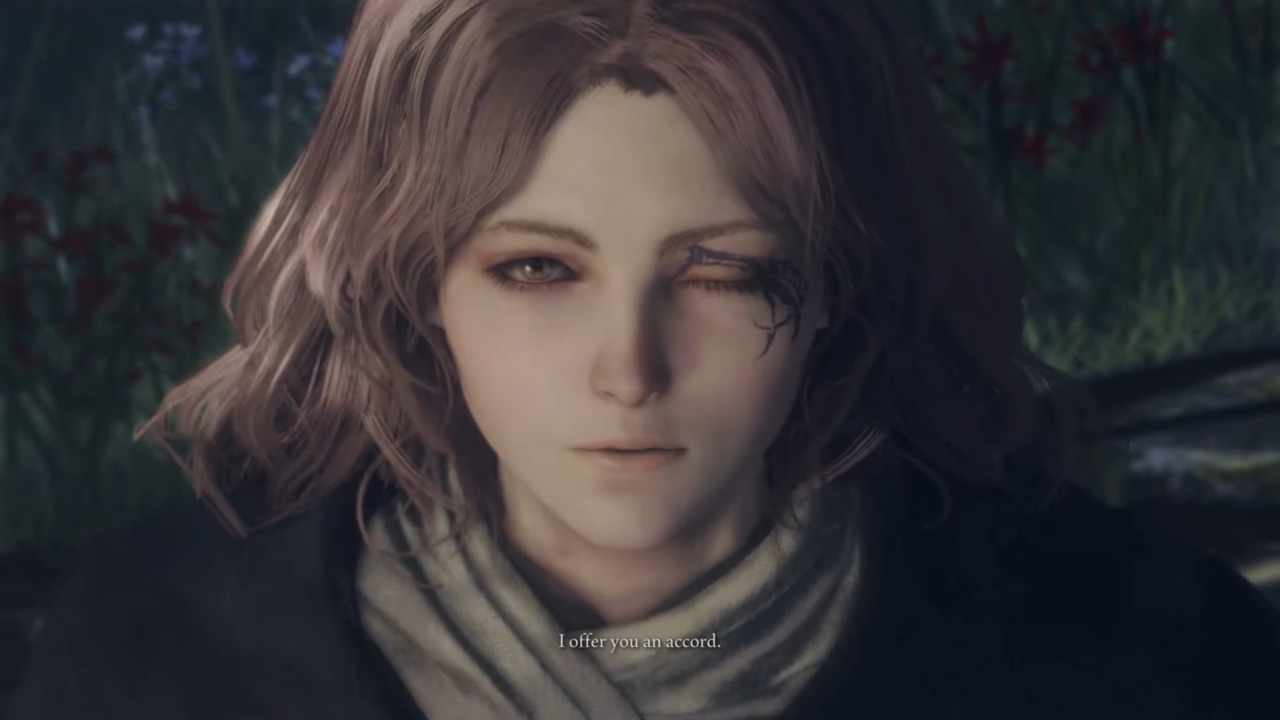 You’ll never forget your first Maiden, and Melina is a great choice for just that. The first person that doesn’t attempt to kill you faster than you can blink, she offers her guidance to you and helps you on your journey to becoming an Elden Lord. She is also quick to help, offer guidance, and helps you summon Torrent, which helps your journey out tremendously. If Elden Ring isn’t your first FromSoftware rodeo, you’ll more than likely recognize Patches from his appearance in other titles. You’ll come across this goofy liar in Murkwater Cave, where if you fight and spare him, he’ll become a merchant of fine goods that can help you throughout the game. Sometimes, violence is the answer, apparently! 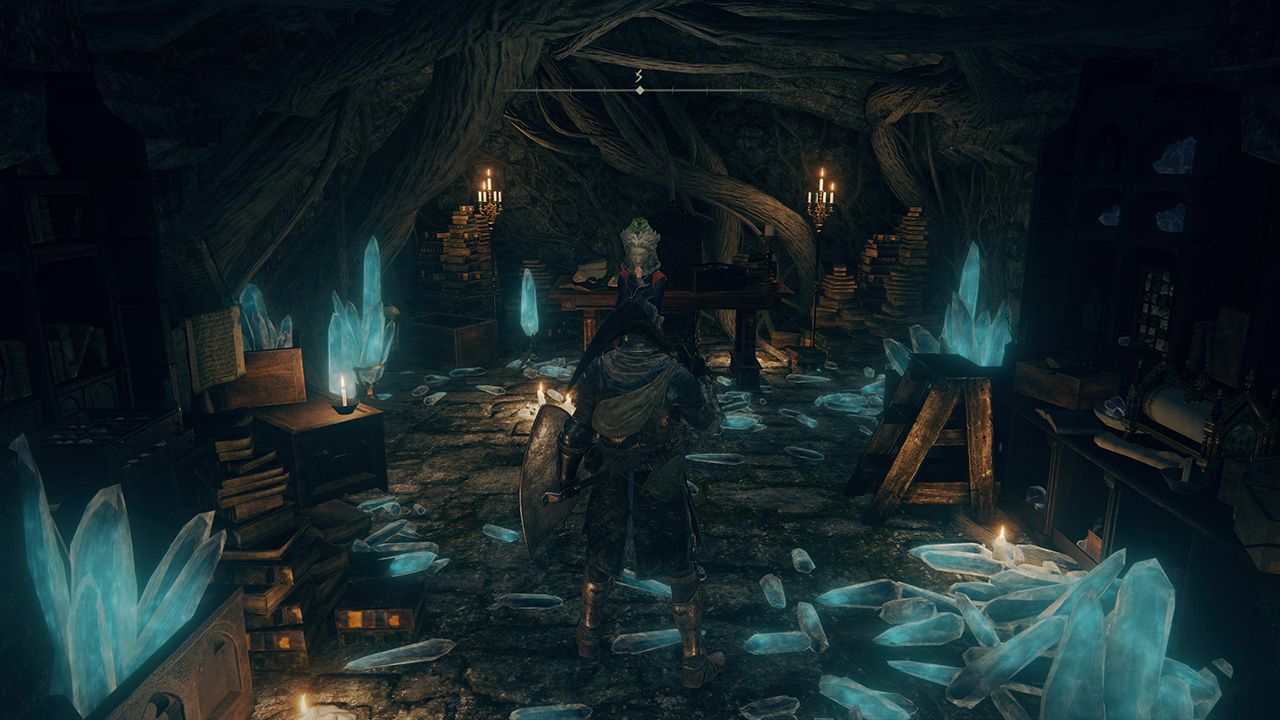 A powerful artist of Wizardry, you’ll find that Sorceress Sellen is a memorable character that strikes you with her bizarre look, but is more than happy to give you everything you need to become the best wizard in the Lands Between. You’ll find her in the Waypoint Ruins, and she’ll happily lend her power to you during boss fights, making her deadly and dangerous to those around her. 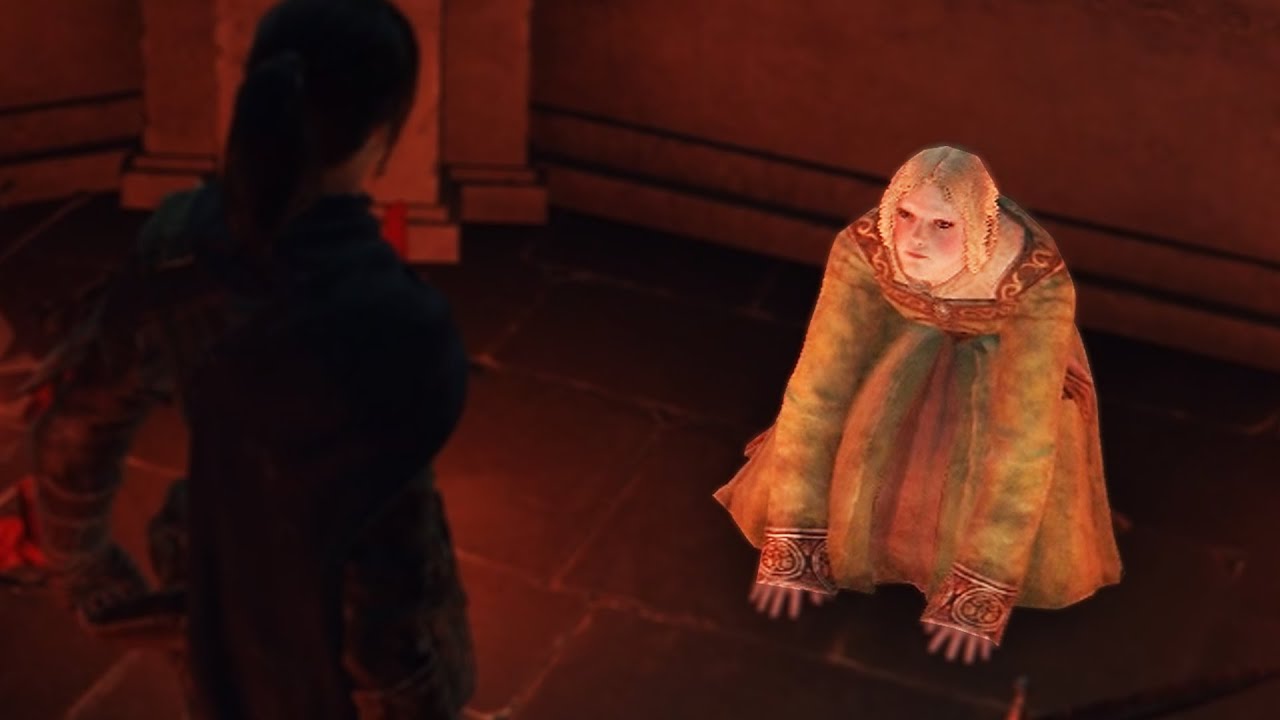 There is more than meets the eye with Rya, who just happens to look like a standard character when you first come across her, but she has a terrifying secret. You’ll find out, as you continue through her questline, that she is actually a large, monstrous Snake creature named Zorayas, and only you can help her get back to her human form. No pressure or anything, right? 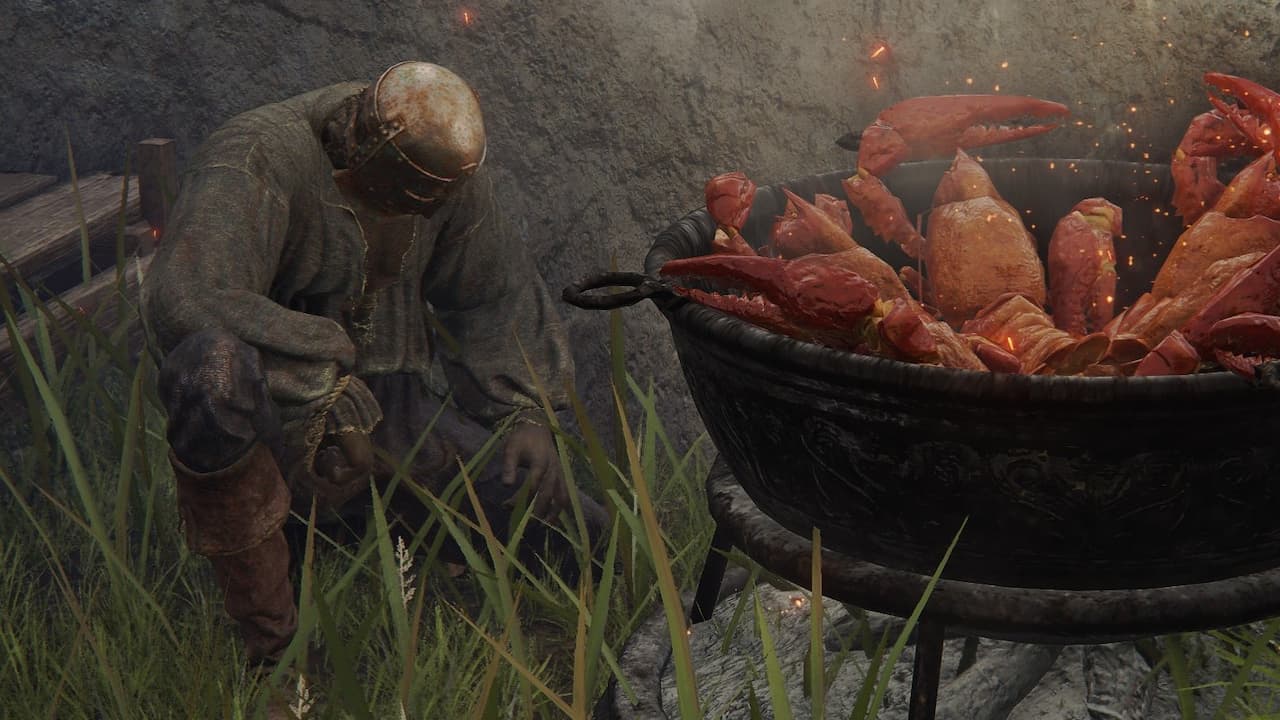 While most of the happenings in the Lands Between are bleak, sometimes you just need a boiled prawn. That’s where Blackguard Big Boggart comes into play, as you come into their life during the Rya Questline. He’s stolen a valuable item, but you’ll have to make the choice: spare his life for the glory of boiled prawns or end it and not get their tastiness ever again. 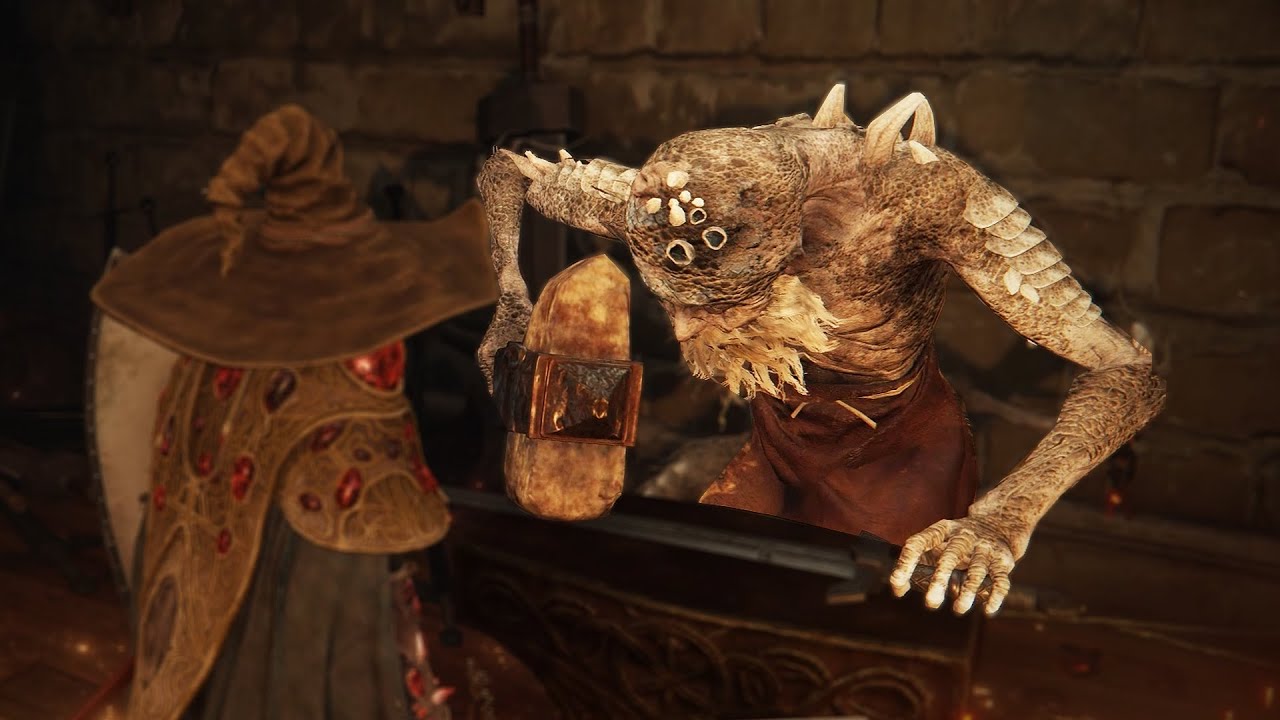 The valuable and helpful Smithing Master Hewg is not only great at helping to keep your weapons up to par but is also apparently memorable enough to earn a spot on this list. It may be from their haunting image, or just the fact that he’s a smart-alec with a fast tongue, but you’ll find yourself coming back for more than just weapon repairs this time around. You’ll come across Hyetta during your journey in the Lands Between, but she may not even know that you’re there to help her. She is a blind woman, who just so happens to navigate the world due to the power of her magic grapes. Yes, you read that correctly. A unique character in a world full of awful things, the light she receives is granted right back to you from her smiling face. 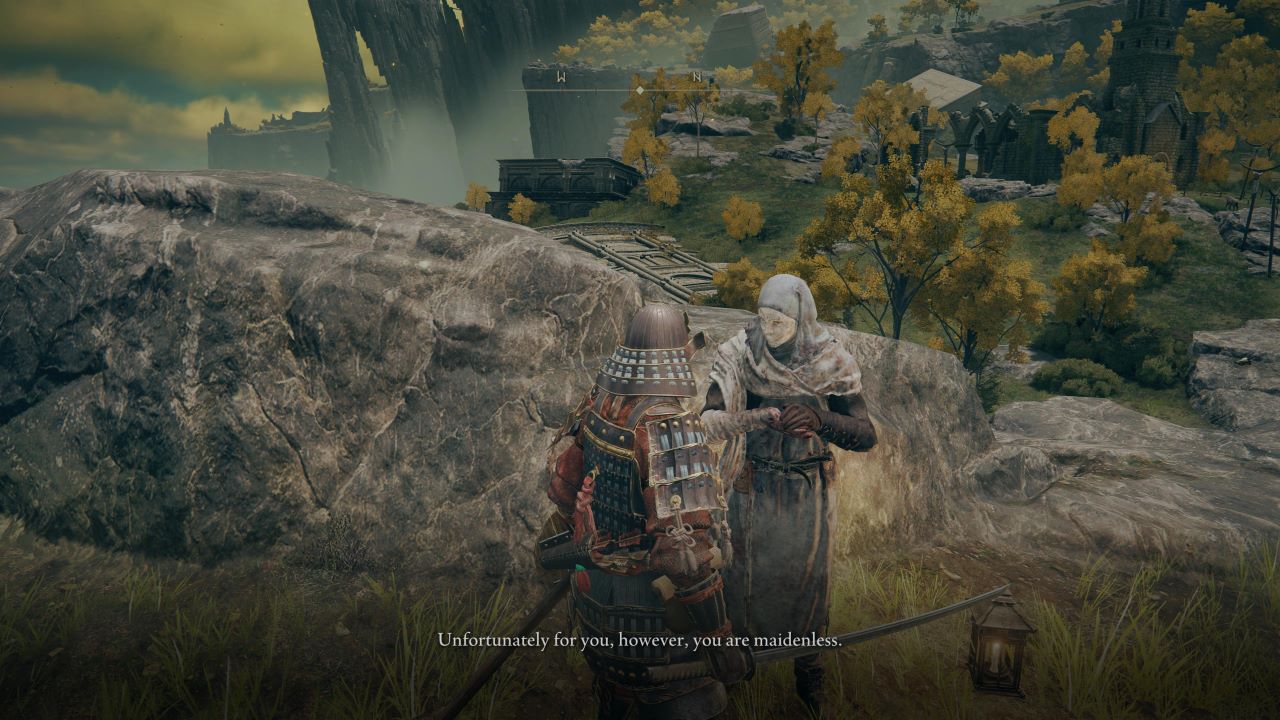 The first person you come across in the Lands Between just starts roasting you about having no Maidens, and that gives you a reason to remember White Mask Varre from the start. You’ll find this haunted shell of a man the moment that you enter Limgrave. Make sure you have plenty of consumables because you’ll need to heal up after being burnt alive by his quick wit. Another blacksmith, War Counselor Iji is more than capable to turn your strongest weapons even better with their vast knowledge of the craft. Featuring a very unique style and look, you’ll find this gentle giant in the Liurnia of the Lakes. You may end up liking them even more than Hewg, as they’re able to provide you with some great items in the world. While beauty and brawn never usually go together, Knight Diallos seems to be the answer to Prince Charming in the Lands Between. A handsome man in search of a loyal servant, you’ll be sent on a journey for the ages to help him find who he is looking for, and quickly becomes a memorable character in his own right. 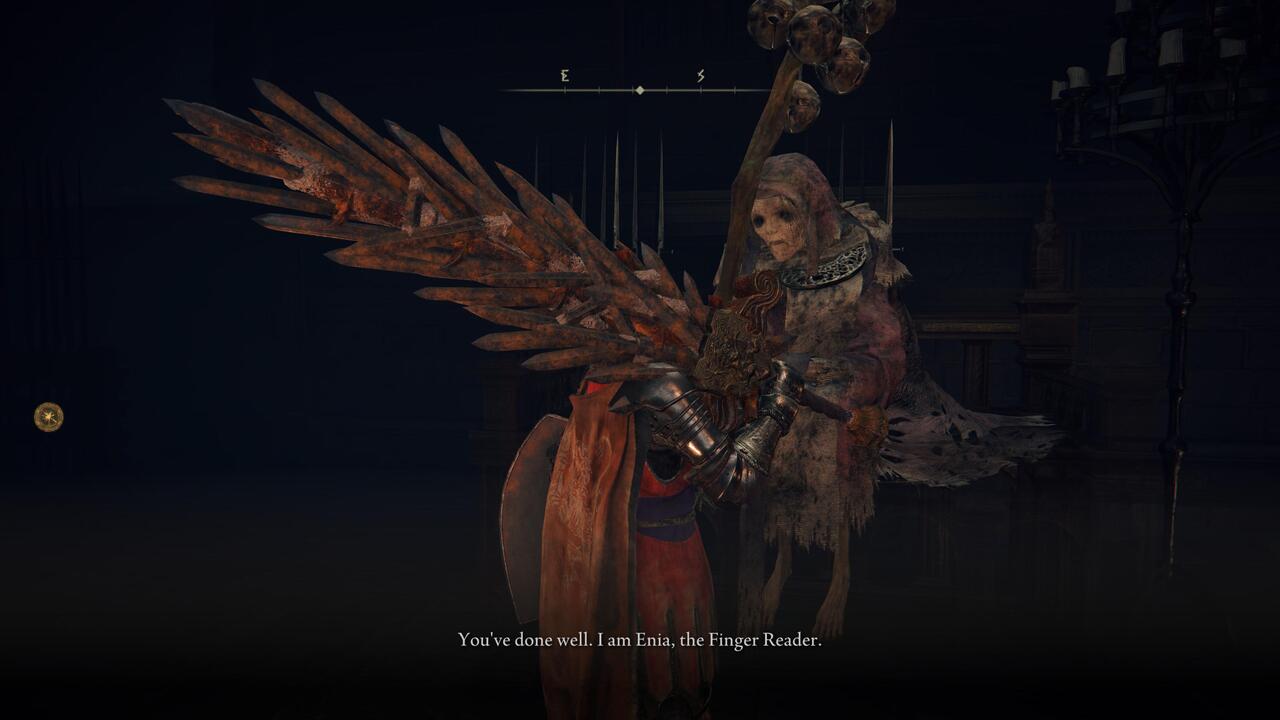 And last, on this list, we have one of the first merchants you come across: Enia, the ancient woman inside of the Roundtable Hold. You’ll find out that she is a mystical Finger Reader, and can help you along your journey to becoming the most powerful Elden Lord of all time. Just be careful not to be afraid of her haunting visage, as she is one of the most valuable NPCs in the game.

And there we go, the top 15 most loved NPCs in Elden Ring! With so many to choose from, it’s hard to narrow it down to the most loved, but we have a general feeling of who will survive forever after the game is long done.