The latest news in the world of video games at Attack of the Fanboy
February 28th, 2016 by William Schwartz 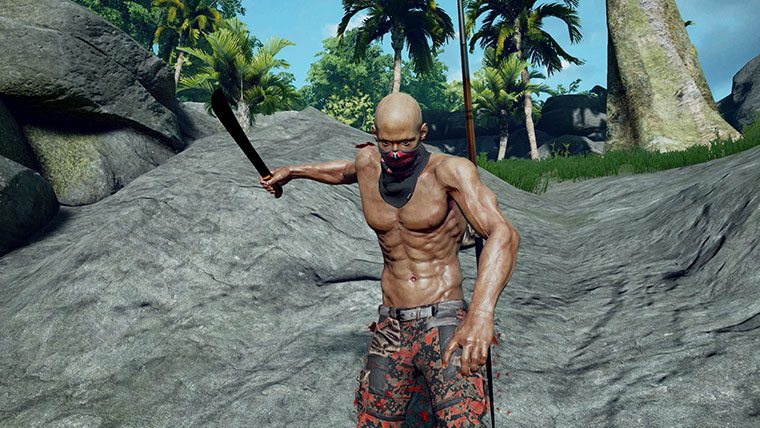 Xaviant’s Battle-Royale offering, The Culling, conducted an alpha-test recently.  I’m not a huge fan of plunking down money on unfinished products, and early access can be a hit an miss proposition.  However, The Culling just might be the next Early Access game that you HAVE to play, for a couple of reasons.  The Alpha test ran pretty damn smoothly for the initial rollout of the game, first of all.  More importantly, this game feels like it has a really solid premise,  even in its raw form it’s a lot of fun, and there seems to be plenty of headroom to build and grow through feedback from the community.

So what is the Culling?  It’s a survival game, a genre that’s been pretty popular as of late.  It’s a game that allows you to craft/find armor, weapons, and survival tools all in the hopes of fending off online opponents.  At the start of the match, something reminiscent of the Hunger Games, “contestants” start out in crates.  A timer ticks down, the crates open, and then it’s every man/woman for themselves.  Grab what you can — snatch rocks or sticks, craft knives or spears, anything can work in a pinch in the case you run into a character early on in a match.  You won’t want to stick with these rudimentary tools for long, your opponents sure won’t.  You want to be searching buildings, opening lockers and crates, looking for more powerful weapons, armor, and other things like buffs for your character that make you stronger or faster.  As the thirty minute match wears on, you’ll hear a gameshow announcer delivering the play by play as opponents start to fall.  There’s certainly some dark humor that makes the matches interesting and this announcer will direct you to things like airdrops that players can fight over, which contain powerful items.  A scoreboard can be found floating in the sky, which shows who’s alive, and who’s been killed.  The entire presentation and systems that they have in place here nails what it’s trying to do, and again, at this stage of the development for the game that’s pretty incredible.

The Culling has some surprising elements to it at this early stage in the game as well.  There’s a lot of customization in terms of perks. A loadout screen allows you to pick all sorts of different perks that can help you in different ways, whether that be with melee weapons, ranged weapons, utility items, health, or just general offensive and defensive perks for your character.  Add that to a standard set of aesthetic options to outfit your character, with the ability to earn additional aesthetic items just by playing matches.

At this point it’s not my place to judge The Culling. I’m sure everyone that’s playing has their own ideas of what could make the game better.  Hey, I wouldn’t mind seeing controller support myself.   Regardless, I’m certainly enjoying it, and when the March 8th Early Access release occurs, I have a feeling a lot of people will be as well.  If you want to see some gameplay in action, check out the video below of The Culling Alpha.  These rounds are both good examples of what not to do.