Supermassive's Until Dawn spiritual successor sets up some great scares.

Since the breakout success of Until Dawn, developer Supermassive Games has branded itself as “the horror game studio” to mixed results. The PlayStation VR spinoffs of Until Dawn, Rush of Blood and The Inpatient, were released to lukewarm reviews and sales, and the studio’s attempts to deviate from their spooky stomping grounds with games like Bravo Team didn’t turn out well.

That led to the creation of The Dark Pictures Anthology, a series of budget horror titles that have been Supermassive’s bread and butter since 2019. Those games have been pretty hit or miss, mostly averaging around scores of 70 on Metacritic. The Dark Pictures Anthology is still continuing with the upcoming The Devil in Me slated for a release sometime this year, but the team is also working on The Quarry, a full-price spiritual successor to Until Dawn.

The Dark Pictures games aim to capture a different type of horror with each entry, giving them all different unique identities and vibes, but The Quarry is a return to form for Supermassive Games. It’s basically just an improved version of Until Dawn, only this time set in a remote summer camp instead of a snowy mountain. That’s just the type of stuff that people have come to expect from this studio, but The Quarry also features a few notable upgrades to the formula.

From the short hour I got to experience, The Quarry is shaping up to be a highly-enjoyable thrill ride through a branching story filled with tense moments and frightening scares. The provided preview build began shortly after the introduction of the game, and while it was a bit jarring to be thrown into the mix of nine camp counselors without any proper introductions, it didn’t take long to feel right at home with the tropes of teen love triangles and truth or dare by the fire.

The game wears its inspirations on its sleeve, which is to be expected from a game by Supermassive. It captures the vibe of 80s slasher flicks perfectly, and you can tell exactly what archetype each character is supposed to represent if you’ve seen even a single classic horror film. 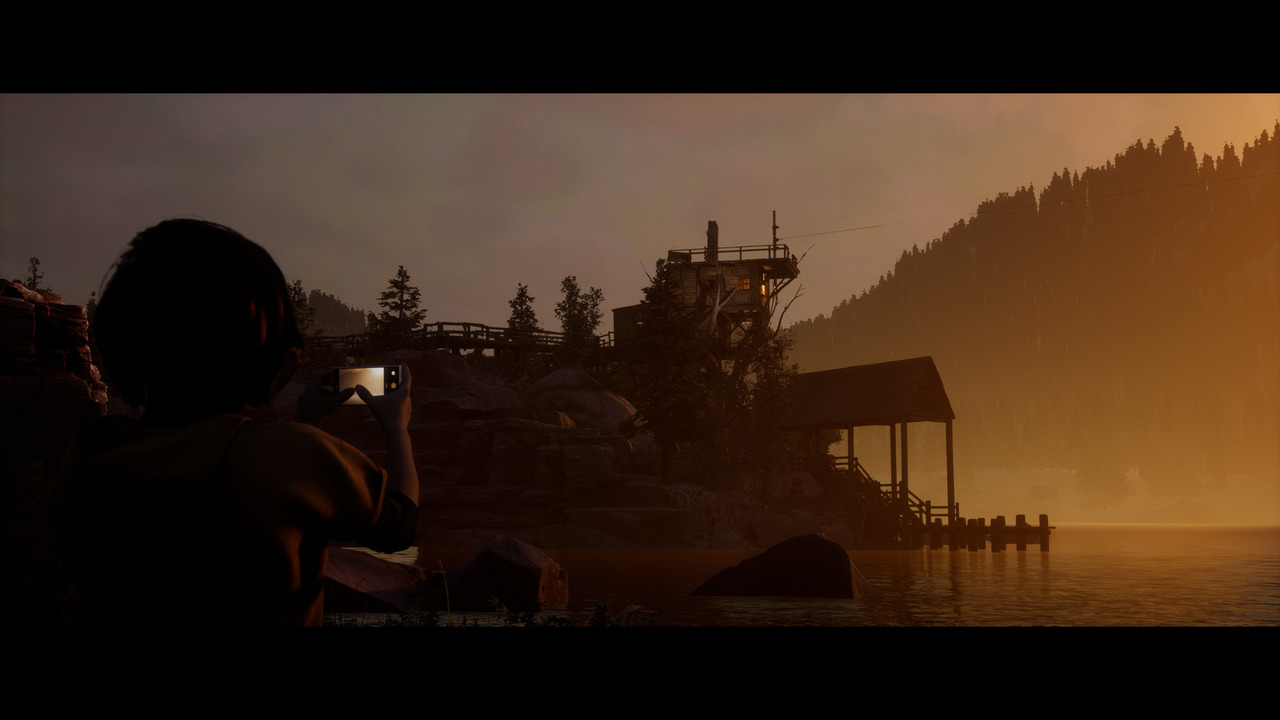 While The Dark Pictures games are still full of Supermassive DNA with deep branching narratives and great facial animations, The Quarry has a much larger budget, featuring a star-studded ensemble cast with the likes of David Arquette (Scream), Ariel Winter (Modern Family), Justice Smith (Detective Pikachu), and more. The game is stunning to look at, with the fixed camera angles doing a lot to show off cozy vistas or thrilling chases in the best light. The overall cinematography feels like a huge step up from the studio’s previous work, which is to be expected with The Quarry’s full price tag.

The beautiful presentation is appreciated since The Quarry is basically begging to be played with a crowd.  While you can play solo, The Quarry is best as a social experience. This game feels designed to be played with a group of friends gathered around the screen, giggling at the awkward teen romances and passing popcorn around as camp counselors are systematically picked off one by one.

The real multiplayer modes weren’t even available in this preview build, but playing it on the couch with a group of friends served the same purpose. You can take it as seriously as you want, guiding counselors directly to their doom or finally getting the chance to tell a horror character to not go in that door. 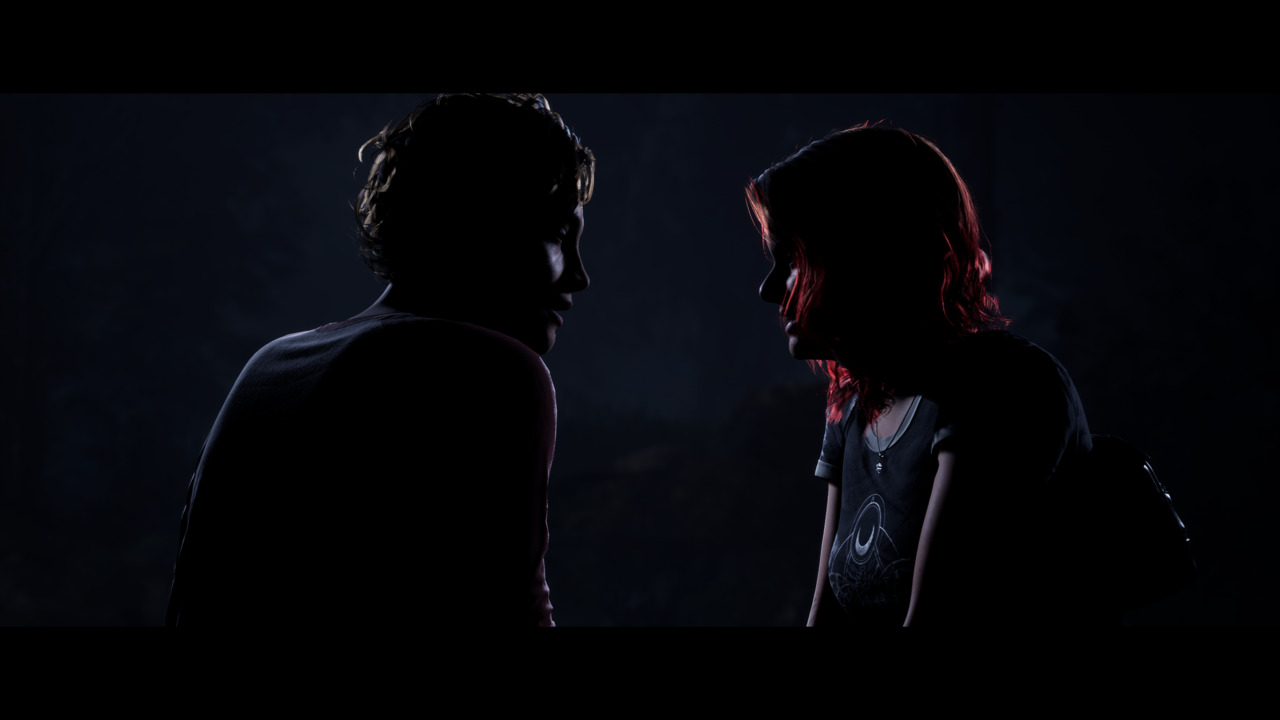 When it’s released, The Quarry’s multiplayer modes will allow up to eight players to gather around the screen and experience the scares together. You can pass the controller with each player controlling a different character when the time comes,  you can play online with each player voting on decisions, or you can play the movie mode that lets the game play out on its own while you provide vague directions to the cast, dictating how they should handle conversations, tense situations, and more.

Difficulty options and QTEs can be adjusted for each player too, making The Quarry a highly accessible horror game that can be enjoyed by your entire group of friends. Supermassive’s games aren’t hard by any means, but you may actually have to tone down some of the gameplay options if you’re playing with an inexperienced group since The Quarry adds some interesting new things into the mix.

The most notable new feature is light combat, which allows you to freely aim weapons in some situations. You can shoot your target, miss intentionally, or opt to not shoot at all. It may seem like a situational new addition, but the short preview session I played featured two instances where shooting a gun and either hitting or missing altered how the scene played out. QTEs are a staple of games like this, and it feels like they’re a bit tougher than usual in The Quarry. You won’t miss any of them if you’re paying attention, but the timing windows feel much less generous than you may be used to. The game also mixes in other split-second decisions during some scenes, forcing you to choose to either run or hide during a chase, for example. Interruptions have also been added, giving you the opportunity to either speak up during an argument or let it play out.

The most important and dire decisions are timed, and you only have a short window to make your choice. You don’t have much time to make decisions that could alter the course of the story or kill off a character, and The Quarry feels much tenser than its predecessors for that reason. This is amplified if you’re playing with friends, since you can’t exactly have a discussion about your choices when you only have a few seconds to act.

While I only got to experience a short hour of The Quarry, an hour that takes place well before the real scares are set into motion, it’s clear exactly what type of game it’ll end up being when it’s finally out. The Quarry is a horror game, yes, but it’s fun horror. It’s the kind of horror where you’ll cheer at the gore, yell at the screen, and shove fistfuls of popcorn down your throat.

All of Supermassive’s games feel like celebrations of that brand of horror films, and The Quarry feels like the best example of that so far. Supermassive has nailed the tone yet again, and combined that with the new gameplay improvements, it makes The Quarry an absolute blast to play. I can’t wait to see what the full release has to offer, and it’s the first time I’ve been excited about a horror game in a long time.