The definitive list of the best Pokemon you can get. 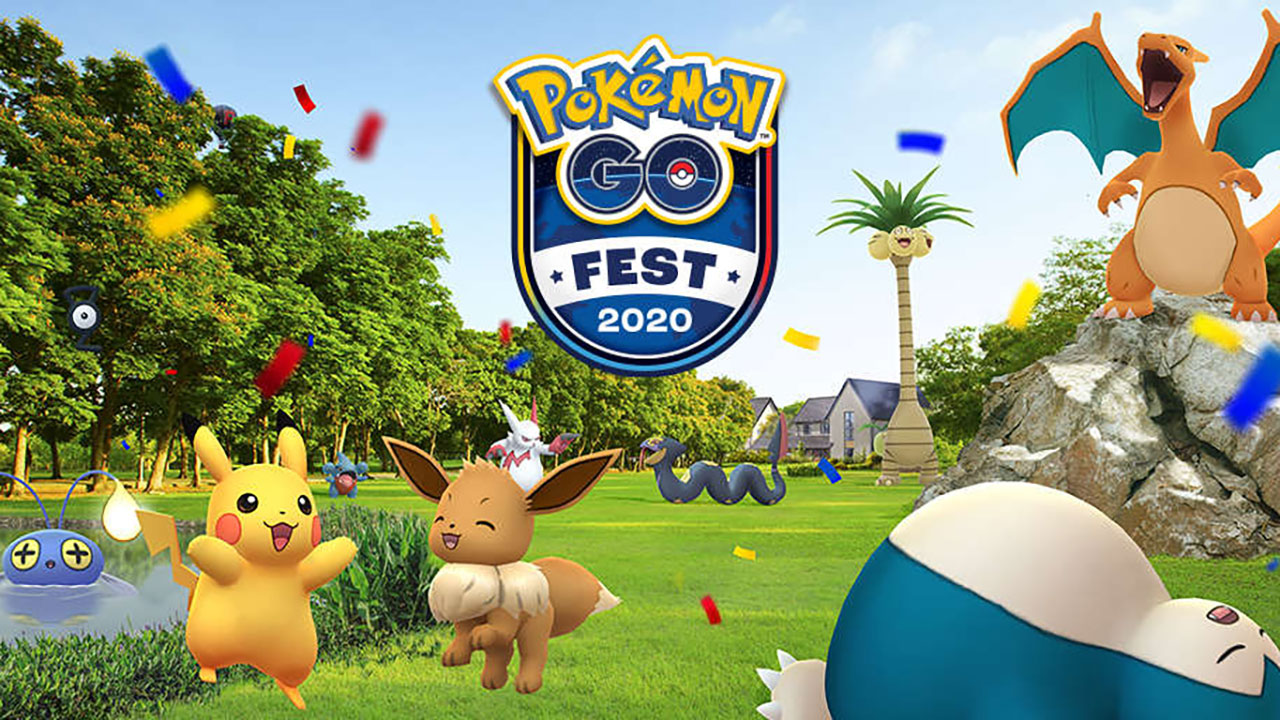 There were plenty of Pokemon to collect from Pokemon Go Fest 2020.  In this list we’ll go over the top-10 Pokemon from the recent event, which does NOT include any of the Legendary Pokemon featured during GO Fest, because they actually deserve a list all to themselves!  This list was made through a mixture of opinions and research during Pokemon Go Fest 2020.  This list of the ten best Pokemon in GO Fest 2020 were selected because of their rarity, usefulness, and versatility in terms of how much they can be used.  Without further adieu here are the ten best Pokemon from Go Fest 2020. 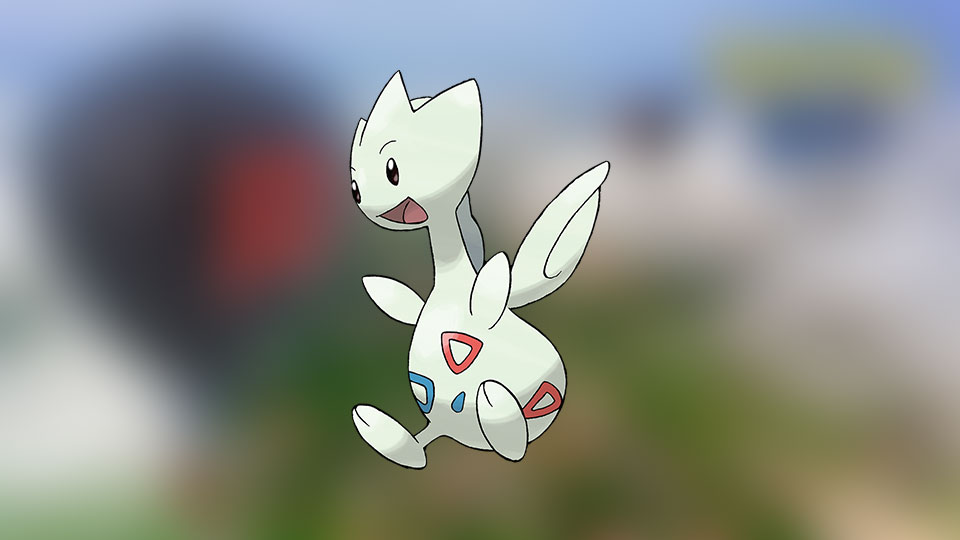 Togetic is not usually attainable in Pokemon Go without first having to hatch a Togepi from a 2 or 7 km egg depending on the rotation of egg Pokemon. Currently, according to thesilphroad.com, you can not even hatch one! This Go Fest catch nets you 5 candy, or 10 with a Pinap berry, which can go towards a Togekiss whose strong Fairy type attack devastate in raids and PvP. Unfortunately, though you can normally hatch a shiny Togepi, you could not catch a shiny Togetic. 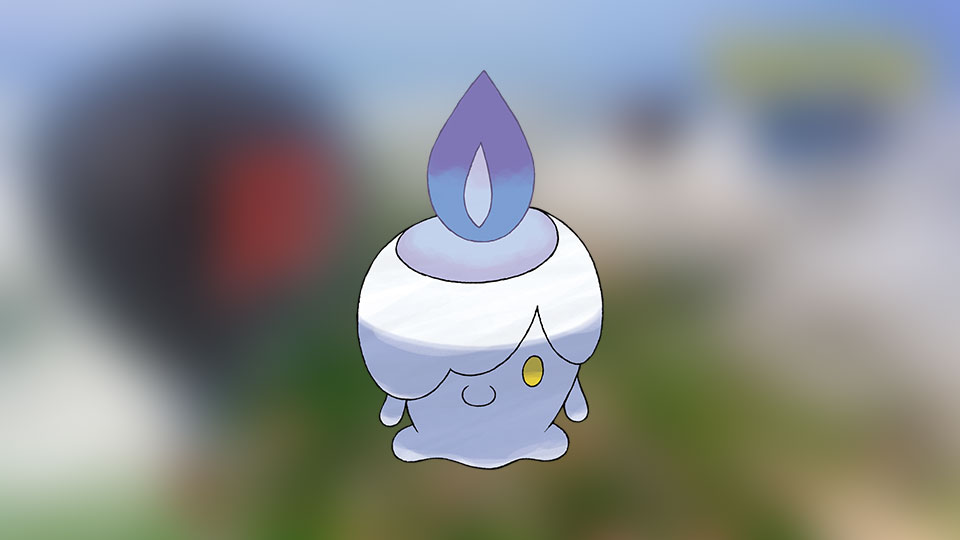 Candles have the potential to burn your house down, this one more so than others. While you could not get your hands on the coveted shiny version of Litwick, it was well worth stocking up on candy. Chandelure is a monstrously strong Ghost or Fire type attacker that puts in work against raids or in PvP. 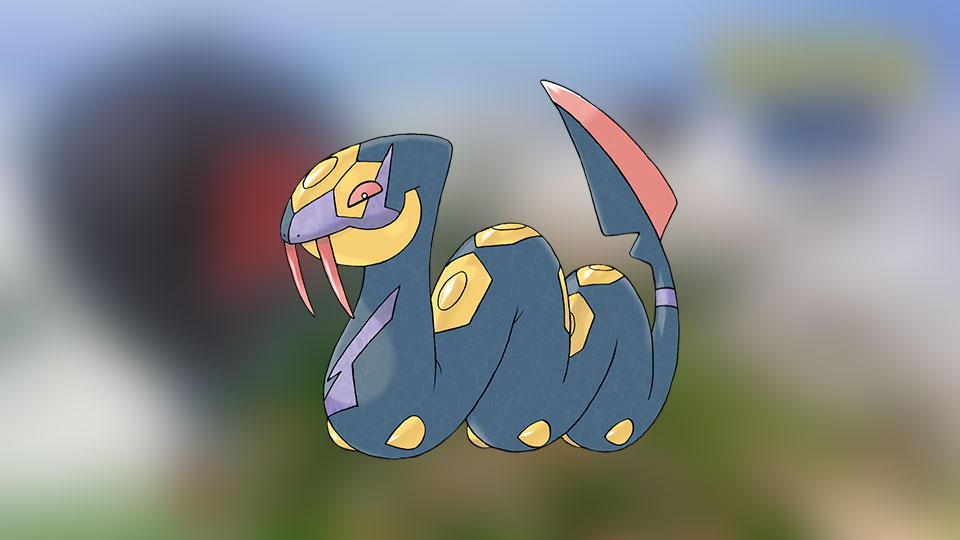 If you caught yourself a shiny Seviper then congratulations. This cool snake has a rare spawn rate, and is only available in the Americas and Africa, which makes its shiny even harder to get. Unfortunately this Pokemon will not fair too well in the current meta of PvP, but you might use it’s poison attacks against Grass or Fairy types. A collector’s Pokemon for sure. This spot could have easily gone to Roselia, who has a cool shiny for itself, is a stronger Poison type attacker, and has good use as a Grass type as well. It’s just a bit less rare than a shiny Seviper… barely. 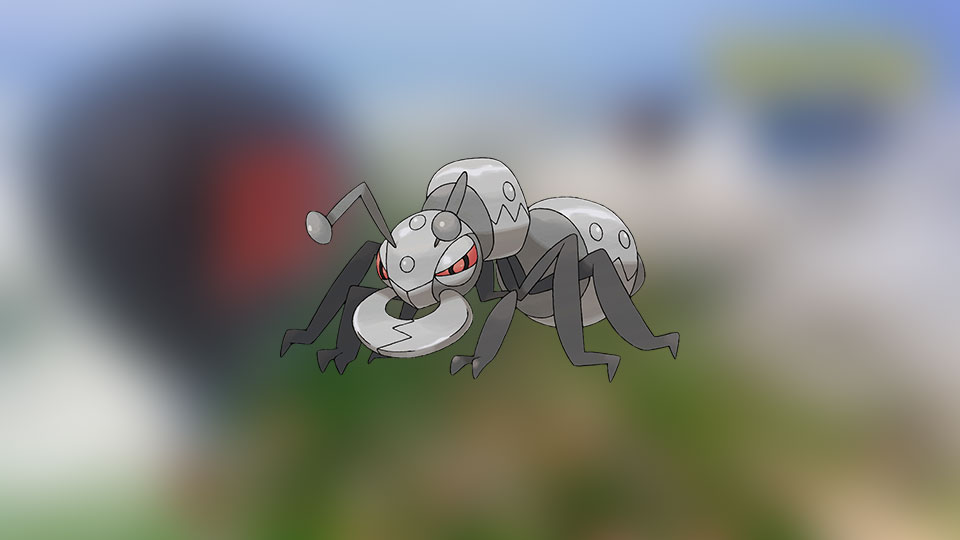 This little metal ant can be a pain. Durant is tough to catch, is only found in the Eastern Hemisphere, and it is difficult to see on the map because of its low to the ground size. This bug does has a cool copper coloured shiny, and a mean look to it. If you were lucky enough to get a shiny one then you are pretty lucky. It is a collector’s treasure for sure, but will not have much use in combat unfortunately. 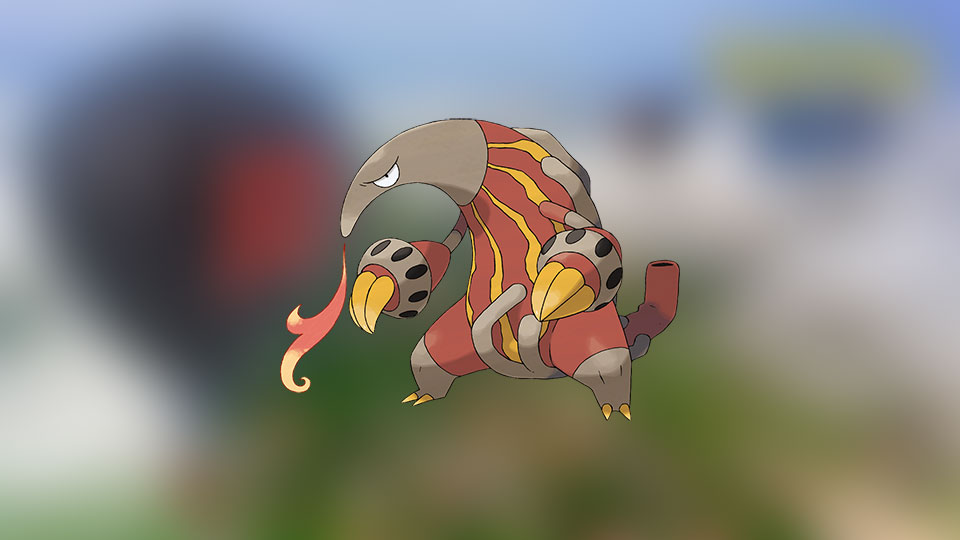 Acting as the rival to Durant, this anteater is only found in the Western Hemisphere and has an amazing volcanic black and red shiny. Getting a shiny Heatmor is a treat to the eyes, just don’t get too upset when it performs about as well as Durant in battle. 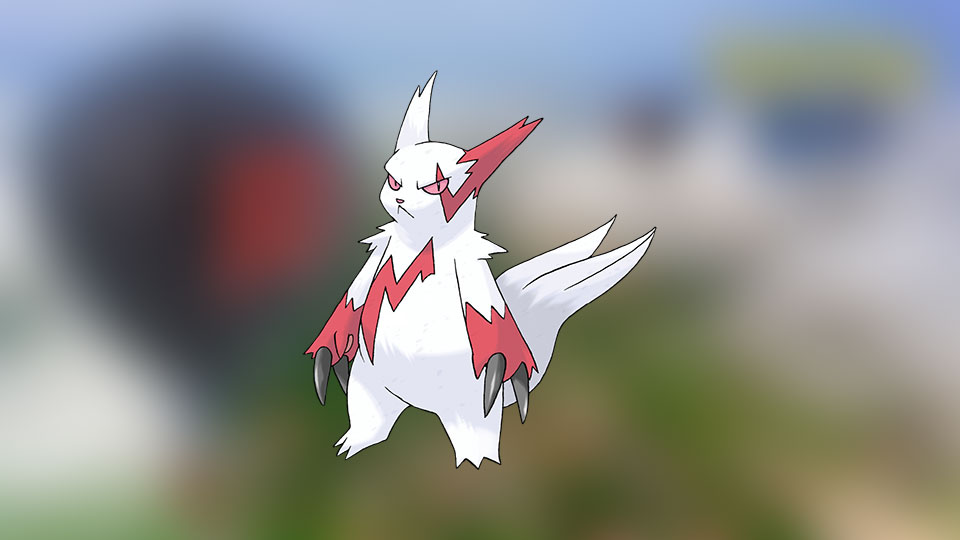 Acting as the counterpart to Seviper, Zangoose is found everywhere the sneaky snake isn’t. A shiny Zangoose is therefore quite hard to get your hands on, so if you caught one this Go Fest consider yourself lucky! Zangoose actually has some competitive use that sneaks it a bit further up on the list. It can act as a counter to the ghost types rampaging around the Ultra League. Ultimately these #5-8 spots are taken up because if you do not life in a place where these pokemon usually spawn, then getting a shiny version is a rarity that might not be available for a long time. 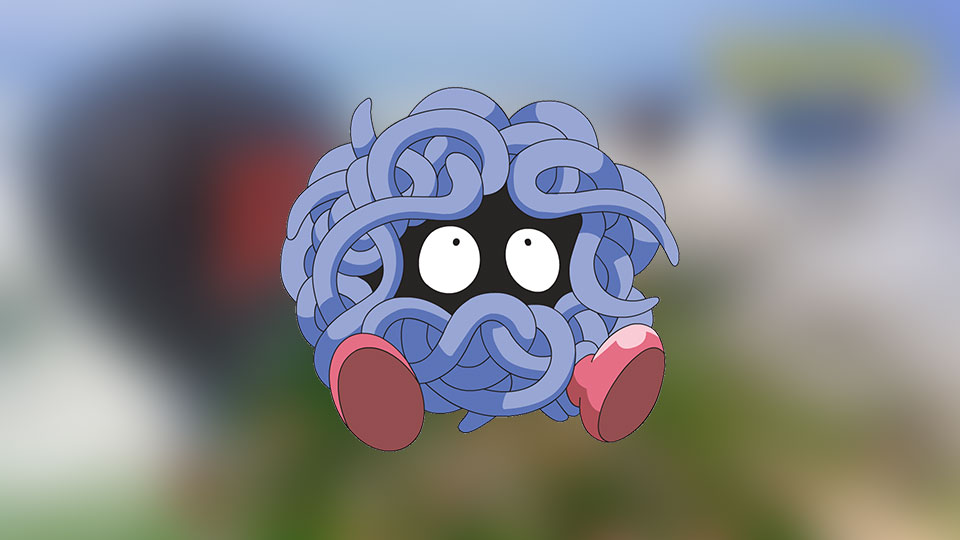 Tangela might not be the best in its league compared to other Grass type Pokemon, but it has something special only two other Pokemon on this list share. If you were lucky enough to catch a shiny Tangela, then you can actually send it over to your copy of Pokemon Sword and Shield! By using Pokemon Home, and the fact that you can transfer Gen 1 Pokemon to the Nintendo Switch games Let’s Go Pikachu or Let’s Go Eevee!, you can have yourself a shiny Tangelroth in Sword and Shield in no time. Of course you need to own both of those games to make this work, and a Nintendo Switch, so for those who can not pull this off: Tangrowth is a decent Grass type to use in raids. Plus it has a cool shiny. 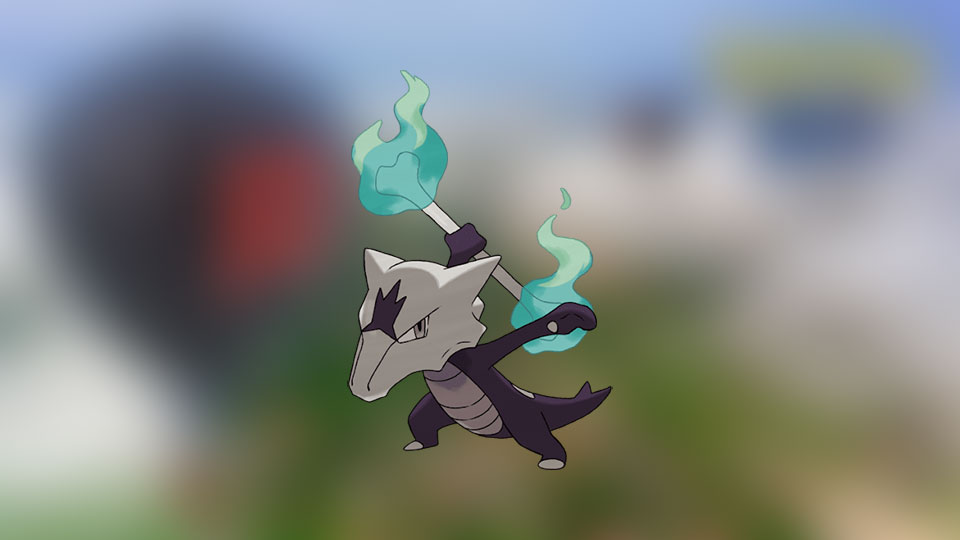 This Pokemon might not be the hardest to find because it is featured as a 4 star raid, and yet it has hidden value. Just like Tangela you can move this Pokemon over to Sword and Shield, where it wreaks havoc in that game’s battles. For many players who do not have groups of people to play Pokemon Go and raid with, getting an Alolan Marowak is rather difficult, and a shiny one is even more rare! Alolan Marowak performs best in the Great tier of Pokemon Go, making it a rare and useful Pokemon to get. If you got yourself a shiny then you are lucky, because everyone else needs to go back to the raids to try again, provided they can find someone to help. 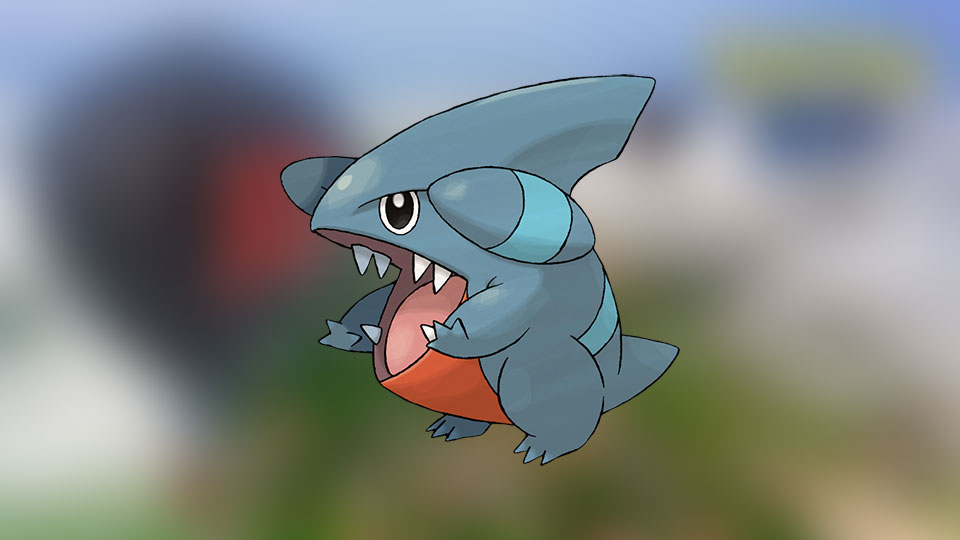 Were you expecting this to be #1? Garchomp may be an incredibly rare Pokemon, and getting your hands on this little land shark sure is nice, but there are a couple reasons I did not put it in first place. Gibble is rare, yes, but it is no regional. Once you caught one then you can buddy up with it for its evolutions. If you want to battle in PvP with Garchomp then you’ll want a Gibble with good stats, and Gibble are rare enough as they are! It is a strong Dragon and Ground attacker, but it is very difficult to find a strong Gibble and have everything you need to make it as good as it can get. At the end of the day this Pokemon will be a nice addition to everyone’s roster, but will find itself not much more useful than a Groudon or Excadrill might be as a Ground attacker, or compared to Dragonite or any of the Dragon legendary Pokemon as a Dragon attacker. This spot in the list could have been Dratini or Swablu also, because they are all Dragons whose real value are mostly attained only by the few who push their Pokemon to the extreme of PvP. If you caught a shiny of any Dragons or raid bosses from the Go Fest then you really got lucky and have something worth bragging about. It’s too bad shiny Garchomp does not look any different than normal, or I would have put Gible at #1. At least Swablu and Dratini have nice distinct shiny forms. 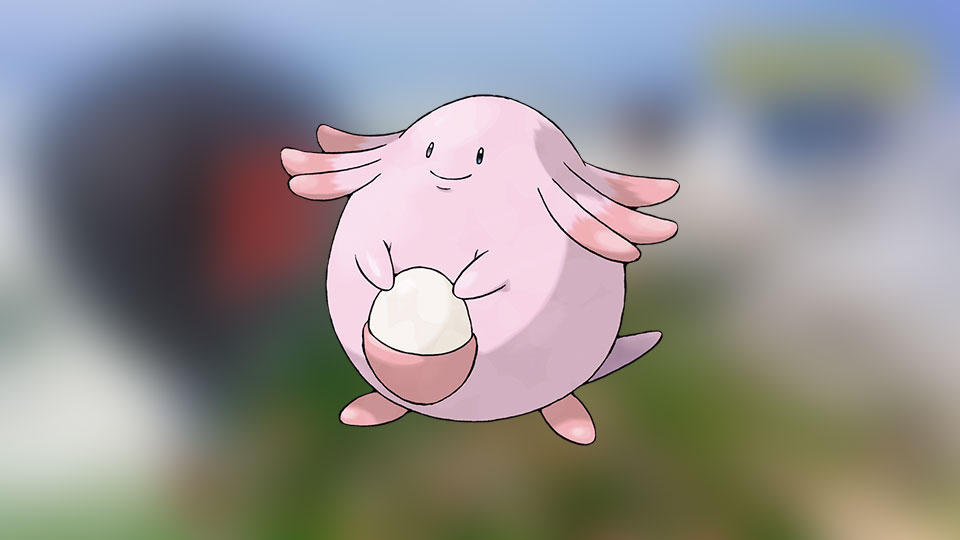 Chansey are tough to find. They are very rare in the wild, it is difficult to hatch Happiny from eggs, and they are rarely in raids. Not only does Chansey have an amazing shiny, but it can also be sent over to Pokemon Sword and Shield. Chansey is useful any way you are able to get it; it is a beastly gym defender and it can evolve into another amazing gym defender! If you were lucky enough to find a shiny Chansey then I would advise against evolving it however. The green of Chansey is lost to a barely noticeable difference in Blissey. But a Chansey will serve you well in Pokemon Go, Pokemon Let’s Go Pikachu/Eevee, and Pokemon Sword and Shield. Even in Sword and Shield you can give Chansey an Eviolite and it will be even better than Blissey! Ok, maybe I am biased to value shiny Chansey because I spent all my raid passes trying to get one to no avail, but this is one useful shiny to have. You can defend gyms without having to invest much at all! Unlike the Dragons in #2, Chansey will be useful from the moment you catch it; just throw it in a gym for all to see!

Alolan Grimer: this little puddle of goo is surprisingly good against Pokemon Go’s Ultra League meta pokemon, and has a nifty shiny that makes it look like a normal Grimer from Kanto! Not to mention this is another Pokemon that can be brought to Pokemon Let’s Go Pikachu/Eevee, but can not yet be sent to Pokemon Sword and Shield.

Final shout out to the unmentioned rare shiny spawns, like Oddish, Jigglypuff, Meditite, Magikarp, Sableye, Qwilfish, Snover, and Woobat. These Pokemon all have great shines, have a variety of usefulness in competition, but ultimately did not make the cut. Rotom Wash deserves the final mention, but with no shiny or usefulness in battle, it sadly fades to the wayside.