The latest news in the world of video games at Attack of the Fanboy
December 24th, 2014 by Dean James 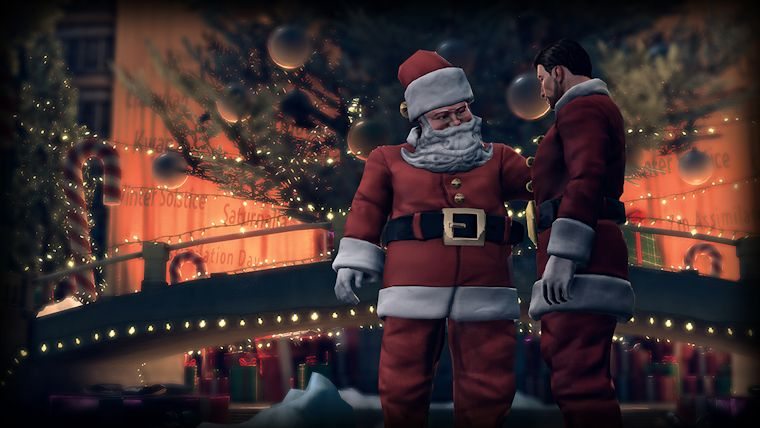 The most wonderful time of the year is upon us, with everyone preparing for the big day tomorrow as we have officially reached Christmas Eve. People are finishing up their last minute shopping and getting together with family to celebrate the holiday. Christmas also means that many of you will be getting a number of new games or even systems to play tomorrow, so the old games in the backlog may be getting a rest. Prior to getting those new games however, I thought we would celebrate by bringing you a list of the top 12 video games that you should play for Christmas. Spanning from the NES to even the PlayStation 3 and Xbox 360, this list likely will at least include one game for a system that you own.

Rather than including simple ice or snow stages like Cool, Cool Mountain from Super Mario 64 or the iconic snow area from Uncharted 2, I chose to stick to games that had to have at least some sort of relation to Christmas itself. Sticking to 12 in honor of the 12 Days of Christmas, the following are for the most part not in any particular order, though the ones at the top are some of my personal favorites. Certain games on the list are just for one particular stage within the game, while others are for the entire game or even a DLC add-on. 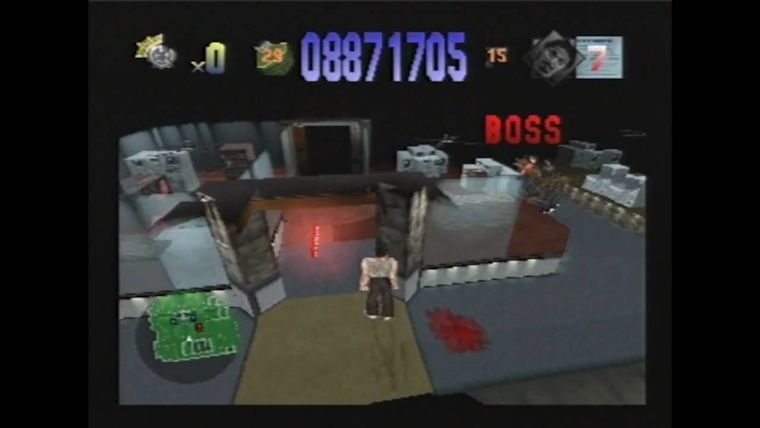 Considered a holiday classic by many, Die Hard offers one of the more violent choices to watch for Christmas. Back during the original PlayStation era, we received a game that combined all three of the movies with Die Hard Trilogy. While not designed full of Christmas trees and other elements you would expect in a game on this list, the sections of the game based on the first two movies, Die Hard and Die Harder, take play right at Christmas. Anybody who watches these movies can feel very Christmas-like while mowing down Hans Gruber’s henchman regardless. Also of note is the Die Hard game on NES, though that game is not a very good game overall. 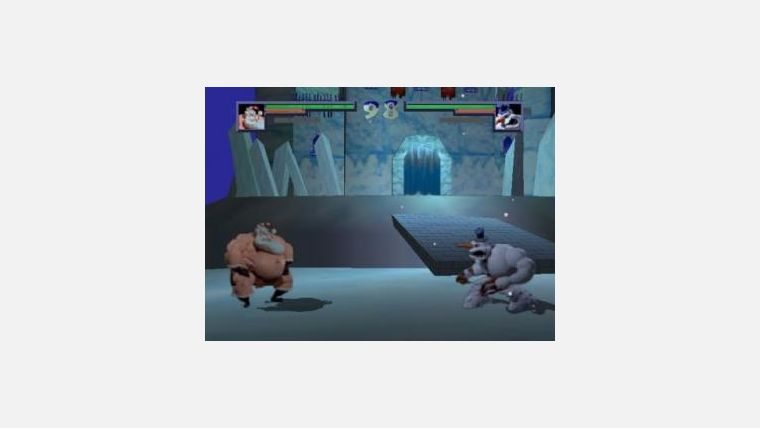 Often forgotten about due to its less than stellar reception, the Nintendo’s 64’s iteration of the Clay Fighter series featured a locked fighter that very much fits the Christmas theme. Technically the original two games could count for this list with Bad Mr. Frosty himself, being a parody of Frosty the Snowman, and they are actually better games. However, for this list we are going with Clay Fighter 63 1/3 due to the unlockable fighter Sumo Santa. This pretty disturbing looking character that hardly wears much clothing over his overly obese body fits right in with the strange cast of characters in the Clay Fighter series and can be fun to pickup and play to get in that Christmas mood. 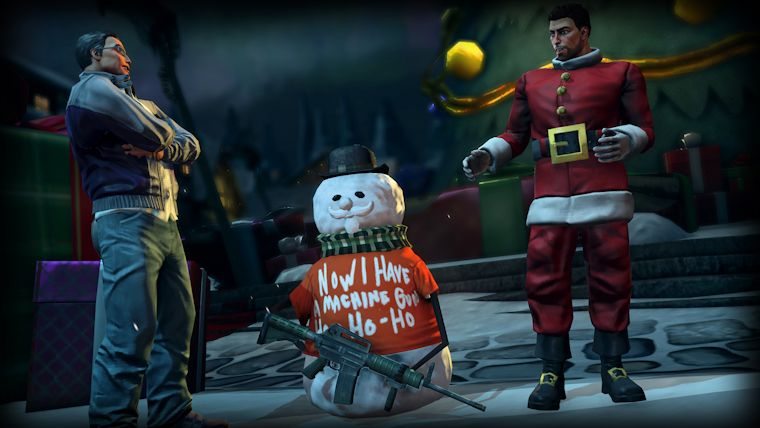 This is the most recent of the group, as this DLC just launched around Christmas 2013. How The Saints Saved Christmas is a fun and unique DLC pack for the game where Santa is trapped by the simulation and the lead does not care enough to bother saving him. As a result, the Saints must work to cheer him up and show him the true meaning of Christmas. This is done across three story missions as well as Christmas themed weapons and weapons. 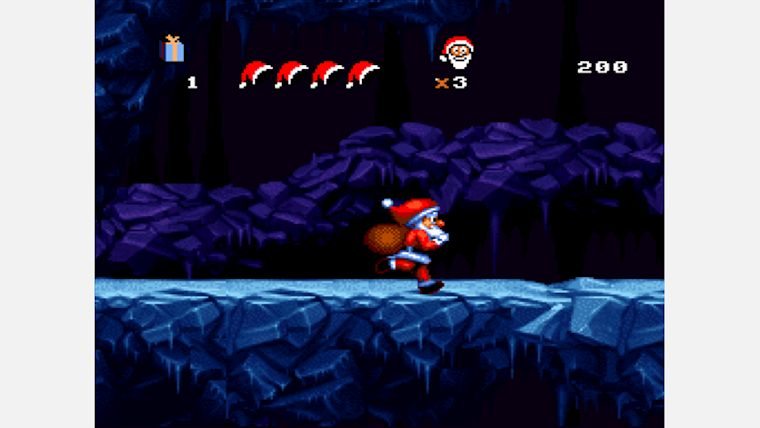 This one is probably the most unique game on the list and very likely the one you probably haven’t even heard of before. Daze Before Christmas originally launched exclusively in Australia on the Sega Mega Drive before coming to SNES in Germany and Australia. As a result, it is much more rare and hard to find. However, it could be worth trying to find just because it is one of the very few games based exclusively around Christmas, while having Santa as a playable character. 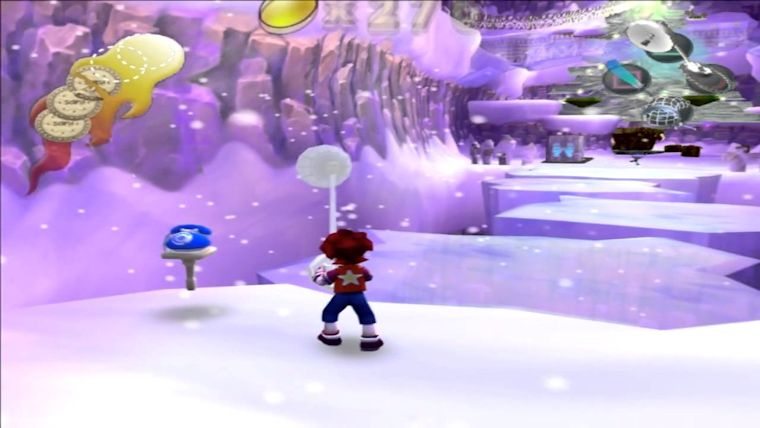 The platforming genre is full of different ice or snow levels, but Snowball Mountain is an actual Christmas themed level. The level has all the elements of a fantastic snow level with snowmen, penguins, snowballs, and even a snowmobile. However, the parts that makes this level most Christmas like are the giant Christmas tree that you will be seeing throughout the level and the fact that you will be trying to catch Monkey Claus. Standing out as one of the better levels in the game, definitely don’t miss out on this underrated game. 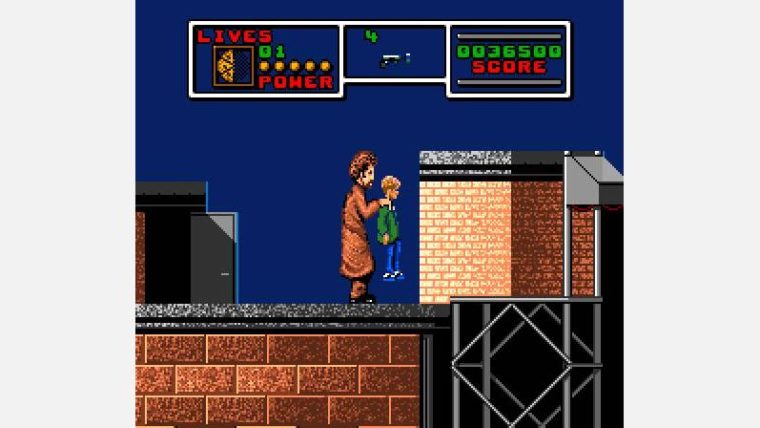 This is a case where it just made since to include both games in one spot, as they are both here for basically the same reasons. The two very successful movies each received a video game on a number of systems, including even the NES, but my personal experience was on the Super Nintendo. Neither of these games are anything to write home about, but they hold a certain level of nostalgia and can be fun to go back and play due to their zaniness, especially with the game based on Home Alone 2: Lost In New York.