Top 2021 Games You Have to Play This Year

Better than the last year 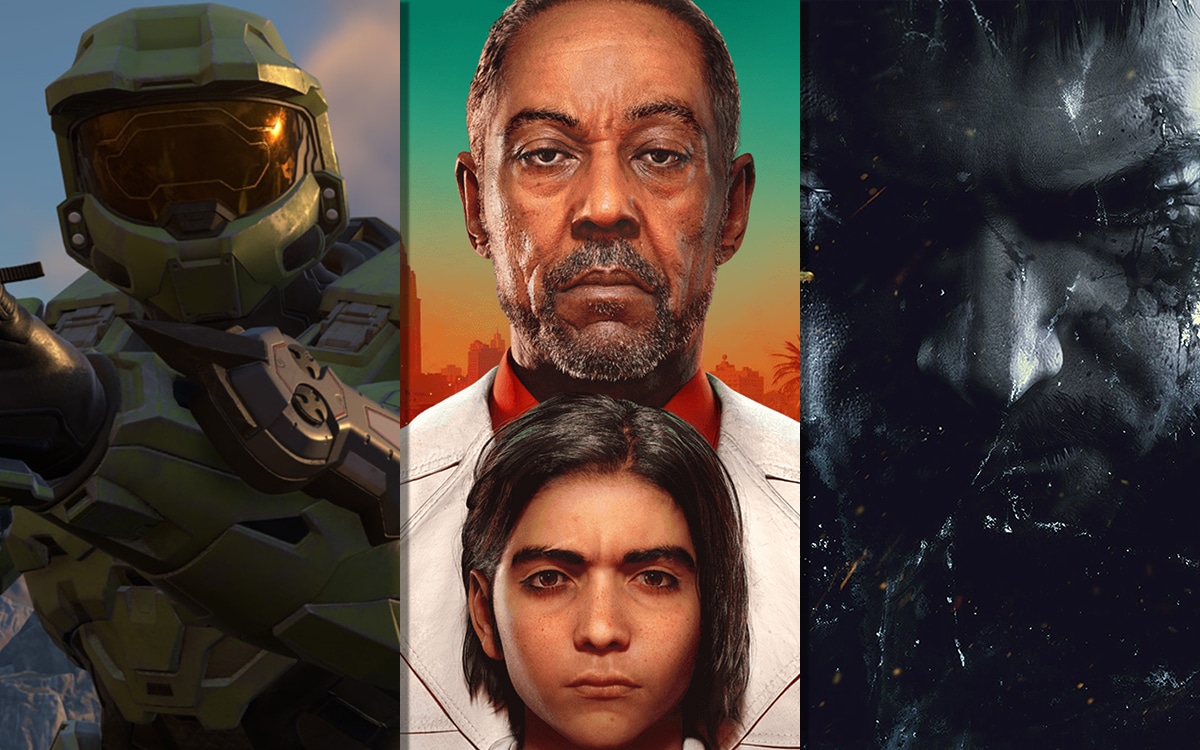 Another exciting gaming year is ahead of us and we have already announced which games are coming in this first month. But there will be a bunch of other good things besides the legendary Hitman and that’s why we decided to make one of the top 10 lists of our most anticipated games in 2021, which we think could really come out this year. We’ve only added games that have been officially announced to the list, so don’t even ask us where GTA 6 is. Because let’s be realistic – GTA 5 hasn’t been released for new consoles yet.

The new God of War is the most anticipated game for many, and it is in the last place for us because we know practically nothing about that game yet. Okay, we saw how the first God of War ended and we can guess who Kratos will fight with. But we literally don’t know yet what the sequel will be called or whether it will come out for the PlayStation 4. We have no doubt that it will be a top game and we are definitely looking forward to it, we just want to see something more than a logo on a black background.

THE LEGEND OF ZELDA: BREATH OF THE WILD 2

We have a similar situation with the sequel to the last Zelda. Nintendo showed us the first shots of Link’s new adventure a year and a half ago, but for now, it is still unknown what we can expect from it, nor is it quite certain that the game will be called Breath of the Wild 2. We would place this game in a higher position if we knew a little more about it, so for now we only have hope that Nintendo will once again push the boundaries of open-world entertainment.

We were supposed to play the fourteenth game of the cult series Halo last year, but then a scoundrel named Craig told the Master Chief that his graphics were not good enough, so now they are working on additional make-up. The delay of Halo Infinite is probably due to the frequent shots in the place of the game’s director, which worries the fans of this shooter a bit. But we hope for the best and look forward to Master Chief’s return to the green fields in the style of the first two Halo games. And it will be interesting to see how the first free multiplayer in the history of this series will work.

Hitman is our favorite paid killer, but this year we are still looking forward to a more innovative game about hitmen. It’s a game called Deathloop, which comes to us from French cuisine, the same one where Dishonored 2 came from. In Deathloop we will have the task of eliminating eight targets in one day, and if we fail then everything is reset to the beginning. It may sound like any game ever made, but the peculiarity of Deathloop is that the player is not the only paid killer on the field, but he is always being lurked by someone else. Dishonored was great for us, and this game sounds like an even more creative experiment that definitely needs attention.

Every list should have its own outsider, and for us, the psychedelic platformer Psychonauts 2 is a perfect match for that role. We’ve been hearing promises for a full three years that the cult Psychonauts will get a sequel and now it’s really time for that to come true. In the role of Psychonaut Raza, we will use both telekinesis and levitation to solve other people’s mental problems. Other interesting platformers are coming out this year, but for Psychonauts 2 we are sure that they will have the craziest and most diverse levels that will make the wait in the last few years worthwhile.

Gran Turismo has always had two games per each generation of PlayStation consoles. But then on the PlayStation 4, there was a detour called Gran Turismo Sport. This year is the time to return to the old path with the continuation we have been wishing for seven years. We are waiting for the return of the old campaign for one player, which includes the traditional taking of driving tests and the purchase of a used vehicle. We must not forget to buy a clean air filter either, because you cannot be the new Hamilton without it. The Gran Turismo 7 will otherwise be exclusive to the PlayStation 5 console, which is a bit sad for owners of the 4, but at the same time, it’s exciting because we still don’t have a real next-gen ride that should leave old consoles in the rearview mirror.

Hogwarts is the only school we know for sure will not have online classes this year. We come into the world of magic this time as a young wizard from the late 19th century who has nothing to do with Harry Potter. We will explore the title castle of Hogwarts and the nearby village of Hogsmeade and occasionally head to the Forbidden Forest. There will be wizarding duels, mixing potions, and taming magical creatures, and we will be able to choose whether the wizard will practice black magic. Hogwarts Legacy will be the first major game from the world of Harry Potter in a full ten years, and we hope it will be the first quality game about wizards in a long time.

If this was a list of the most predictable games then Far Cry 6 would be at the very top of that list. We haven’t seen the gameplay of this game yet, but we already know that there will be guerrilla warfare with improvised weapons and somewhere it will surely include the liberation of bases and climbing towers. We are glad that the series is returning to the tropical environment of the Caribbean island of Yara, and we are also interested in possible connections with the biggest lunatic from Far Cry 3, the legendary Vaas. Probably this will be another repetitive game without too much wit, but if they return the fire mechanics from Far Cry 2 we will forgive them all right away.

In a grove hidden by werewolves is a dangerous home, says a new Resident Evil called Village. No more zombies, no-no, there are ugly grandma witches now and by all accounts the guy who sells mortars under his coat. Resident Evil comes back with a first-person view, and we can’t wait for it to drive fear into our bones. We’re not hoping for any quality story, but we believe this could be the freshest Resident Evil since RE4. And not because it takes place in a snow-covered place where the plow never passes.

The last generation of exclusive PlayStation games has been marked by adventures in open worlds. Horizon Forbidden West will continue to move in that direction and we can’t wait to see what it will do in combination with the more powerful PlayStation 5 hardware. We also saw that there will be diving in the depths of the sea, and maybe for the first time we will go into the air – anything is possible, including postponing the game for next year, but we should still hope for the best.