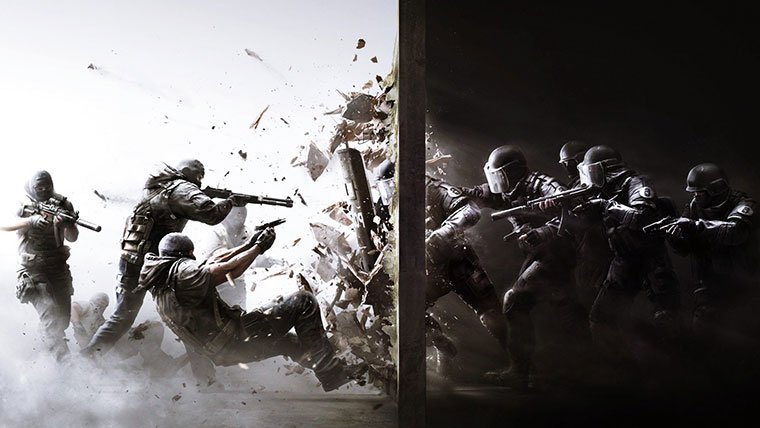 Ubisoft has a huge opportunity with the upcoming release of Rainbow Six: Siege.  This is a series that already has a large fan base from the previous generation, where titles like Rainbow Six Vegas and sequel were quite popular.   While Activision and EA banked on the popularity modern shooters with Call of Duty and Battlefield, this popular, long-running franchise stood idly by.   Rumors have been circling for years about its return.  First there was Patriot, it’s unveil and then subsequent cancellation.  Though last year at E3, Ubisoft showed that they are doing something different with the series, taking it back to its tactics roots and revealed that the next generation of Rainbow Six will happen sooner rather than later.  We’ve seen a lot of games revealed at E3 that failed to reach the potential they’ve shown, some of them from Ubisoft themselves.  With the recent release of the Rainbow Six: Siege Alpha we got confirmation this may in fact be the real deal.

Rainbow Six: Siege is a risky bet for Ubisoft, but one that could pay off hugely.  Not only in terms of sales in the shooter market, but winning back gamers who may have been soured by high profile big releases that didn’t live up to their promises or were plagued with technical issues.  I’m looking at you Watch Dogs, and don’t think we’re leaving you out of this conversation, Assassin’s Creed: Unity.   Siege isn’t taking any notes from the diagram that Activision and EA have drawn up for annual success with their shooter franchises, but it could be a very viable option for those who want a side of strategy with their first person action if the recent Alpha test for the game are any indication.

I’ve never seen anything quite like Rainbow Six: Siege.  Ubisoft has traded sprawling maps for smaller, more dense battlegrounds that pit terrorists vs. counter-terrorists.  In the Alpha all we see is an objective hostage rescue mode, which has the terrorists looking to hold off the counter-terrorist’s rescue attempts.  It’s a simple premise, you win if you can either rescue the hostage, kill all the enemies, or if the time runs out when you are on defense.  But that’s about the only simple thing here, Rainbow Six: Siege seems likes it’s just as important to be a well-informed, communicative player that uses their class tools appropriately, as it is to have strong twitch reflexes.

On both sides of the battle, teams have different objectives, players have different roles to play, and a number of gadgets and tactics at their disposal to get their respected jobs done.  The Terrorist team objective is to hold a hostage.  The two maps in the Alpha are small dense locations:  An airplane & a home.  The terrorists must pick an area of the map to hold out on, which is accomplished by a pre-match voting system.  Once the location is set, this group must use barricades and reinforced variations of them to impede the attacking team’s assault. Class-based items like jammers ,remote-detonated charges, barbed wired, steel barricades and others can be placed in areas to reinforce the position.  All the while, the counter-terrorists are plotting their assault.

Information is power in Rainbow Six: Siege and while important for both teams, its the Counter Terrorists that need it most. Before you ever fire a shot at terrorist, you’ll need to use a manually controlled drone to scout the location, find where the hostage is, and possibly get key intel about what roadblocks might be in your way.  Assuming that you, or one of your teammates has found the hostage’s location in the allotted time frame, you’ll at least have a direction in which to head.  These small maps can be attacked in various ways and have numerous entry points.  Counter-Terrorist players can use things like breaching charges and other explosive devices to alter the landscape of the map or open reinforced walls or barricaded doors, and make life for the terrorists extremely hard in the process.

Once the wheels start churning a round can play out in any number of ways.  There’s only a few possible outcomes, but as the defenses become shredded and map becomes altered, what felt like an impregnable fortress starts to look like Swiss cheese. The combination of class-based play and the destructive elements of the game make Rainbow Six feels like it could be an incredibly dynamic shooter experience.  One that feels like no round could ever be the same.  Yeah, that’s a tad hyperbolic, but there’s a lot of potential here.  When a two-map alpha remains fun to play after the first day, you know there’s at least something compelling here.

That’s not to say that Rainbow Six: Siege in its Alpha state is perfect.  It’s far from it, actually.  There’s a lot of placeholder artwork, some graphical glitches here and there, you know, what you’d expect from an Alpha.  The most troubling feature has got to be the netcode though.  The shooting doesn’t feel quite right just yet and probably needs some fine tuning.  It’s something that Ubisoft is going to need to get under control ahead of launch if this is to rival the competition.  Though if Rainbow Six: Siege is set to release this year that also means there’s probably a lot of work ahead of them.  That said, this “polish” is what Ubisoft needs to focus on to really make Siege the Rainbow Six game fans have been waiting patiently for all these years.  The idea behind Rainbow Six: Siege is fantastic, Ubisoft has cooked up a shooter that feels fresh compared to the competition.  It’s the execution and delivery that are still in limbo.