Where Will The Flash Go In Season 2 After That Mindblowing Season Finale? 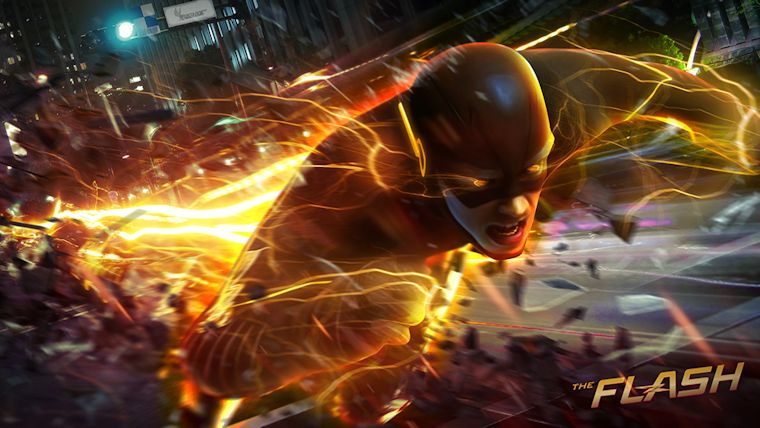 New television shows typically struggle to find their footing right out of the gate, but the CW’s The Flash bucked that trend with one of the most impressive rookie seasons of a TV show in a very long time. With an ever growing fan base, this last Wednesday’s finale felt like a reward for viewers as it pushed the limits of what you would have ever thought a comic TV show could do, especially on the CW. With a massive cliffhanger that left everyone wanting even more, there is bound to be a lot of discussion over the next 4-5 months, so it seemed like a good time to discuss just where The Flash can go from here, complete with what we know and lots of speculation as well.

Before looking to the future, we have to take a look at just how the first season of The Flash ended, so we will be entering spoiler territory, so do not continue if you have not finished watching the finale.

The first season finale had Barry Allen (Grant Gustin) deciding to go back in time and save his mother, which would change the future entirely. Many had speculated that the show may go through with this and do a version of Flashpoint, but instead Barry’s future self warns him not to interfere and he instead just takes the opportunity to speak with his mom as she lays dying.

In the present, Eobard Thawne (Tom Cavanagh), aka the Reverse Flash, was about to return to the future in his time ship, but Barry intervenes and a fight ensues. The Reverse Flash has Barry beat yet again and when about to kill him, Eddie Thawne (Rick Cosnett) shoots and kills himself, preventing Eobard Thawne from ever existing. Eobard reverts from the Harrison Wells body to his original before fading away altogether.

The day seems saved at this point at the great cost of Eddie’s life, but at this point a black hole opens that begins to envelop all of Central City. Eddie’s body is sucked in and everyone retreats outside, where Barry speeds away up a building and through the debris and into the black hole as the screen fades to The Flash logo and the credits.

This is about as big of a cliffhanger as you can get for a show, as essentially every character in the show is in peril and we have no idea where Barry has gone. Speculating on where Barry has in fact gone is a good starting point and some comments by Gustin that surfaced the day of the finale may in fact give an indication of that. In an interview with TV Guide, Gustin teased the future by saying the following:

“I think we’re going to start showing Earth-One and Earth-Two in the near future. There will be kind of different dimensions going on.” 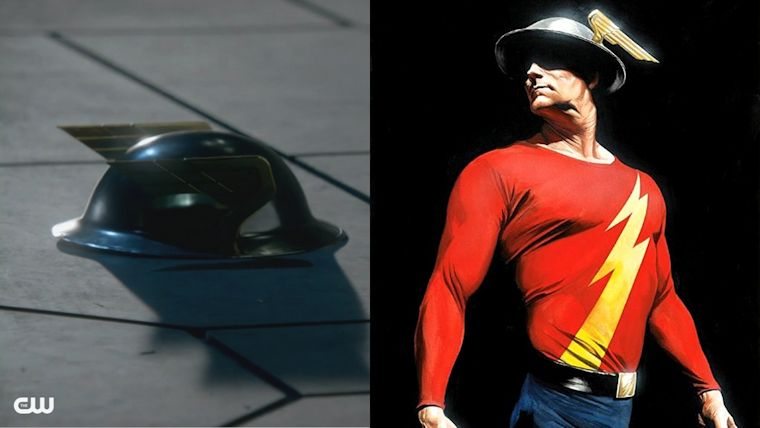 Based on these comments, it sounds very possible that Barry could end up in Earth-2 at the start of the second season. The possibility of this happened seems even more likely based on one key event from the finale, a silver helmet that came out of the black hole and into Star Labs. That helmet is in fact the one worn by the very first Flash named Jay Garrick, the Golden Age Flash of Earth-2.

This would allow a very fun setup of thrusting Barry into a completely new world without resetting the landscape that a Flashpoint scenario would have done. With Garrick’s helmet showing up, it is possible that he either is in a bad conflict on his side or maybe he was somehow stuck in the Speed Force or something. With Reverse Flash wanting to get right out of there as soon as he saw the helmet, it appears that he may have some history with him in some fashion.

Home / Culture / Where Will The Flash Go In Season 2 After That Mindblowing Season Finale?