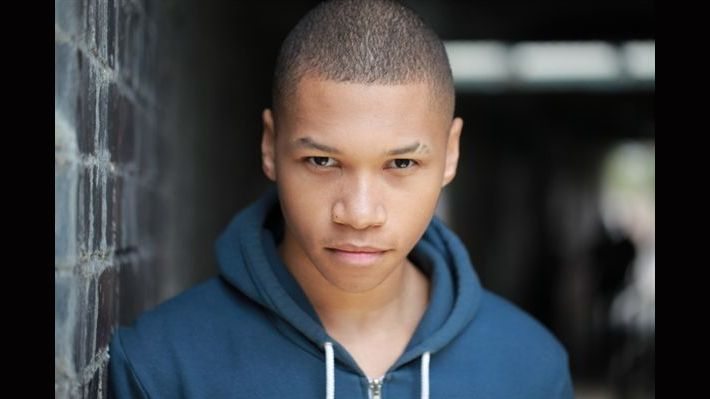 With rumors that the Arrow/Flash crossover series is going to be named Legend of Tomorrow through recent reports, we are still getting plenty of information about the technically nameless series. Set to debut next Spring more than likely, this series will take many existing actors from the Arrowverse like Brandon Routh, Wentworth Miller, and Caity Lotz and bring them into a Brave and the Bold like scenario. We’ve already heard of the casting of major players like Hawkgirl and Rip Hunter, but now a rather mysterious casting has occurred that sounds an awful lot like a former Teen Titan turned Justice Leaguer.

The original listings for the Arrow/Flash spinoff asked for a street smart African American male that was quick with the quips, but now we have gotten a full description of said character along with the casting. Young English actor Franz Drameh has impressed thus far with his turns in Attack the Block and and Edge of Tomorrow and now he is set to take on the role of the mysterious Jay Jackson.

One would assume this could be a simple code name, as we’ve often seen happen over the years with early announcements of DC properties from Smallville and even with Arrow and Flash. It is odd that a character like Hawkgirl was revealed, but this one is held under wraps. The description itself sounds almost exactly like the backstory of Victor Stone, aka Cyborg.

The only problem there is that Cyborg has already been cast for the movie universe, which one would assume means he is off-limits. Maybe not being a major player in the universe yet, unlike Deadshot that forced Arrow to take him off the table completely ahead of the Suicide Squad film, could allow him to show up in the TV universe as well.

Speculation on the initial description had people thinking the role could be Static, which is still possible, though would see him having a different origin. Wally West is also a possibility as his New 52 debut had him as a teenage African American who is related to Iris West. Considering Iris and Joe West are African American in the Arrowverse as well, it could make sense as well. Hopefully they will get the rights sorted out soon and they can reveal just who this mysterious Jay Jackson is in in the Arrow/Flash spinoff.