The latest news in the world of video games at Attack of the Fanboy
March 10th, 2016 by William Schwartz 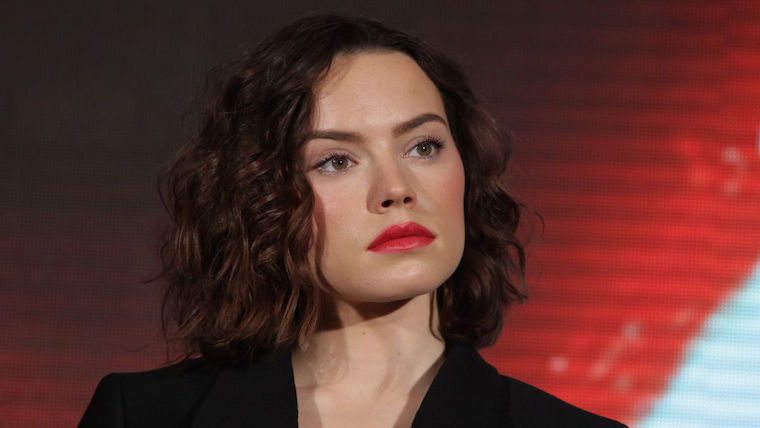 The 23 year old actress who found success playing in Star Wars: The Force Awakens as Rey, might be playing as Lara Croft in the Tomb Raider movie reboot. Deadline is reporting that Daisy Ridley is one of the many actresses “being considered” to play as Lara Croft. Right now there is no official offer being made, only talks with the producers. But in light of Daisy’s newly found fame in the role of a lifetime in Star Wars, as well as being a Brit—this could be a good suited role for the young actress. Think Harrison Ford’s Indiana Jones, but with Daisy Ridley playing a female equivalent.

Angelina Jolie previously portrayed the English archaeologist in two movies; Lara Croft: Tomb Raider and Lara Croft Tomb Raider: The Cradle of Life. Both of which were produced by Paramount Pictures, this time around the 2017 Tomb Raider reboot is being produced by Warner Bros, MGM, and GK Films’. With director Roar Uthaug set to shoot the movie, and Evan Daugherty writing.

Crystal Dynamics 2013 Tomb Raider reboot proved that we could get a more rugged and inexperienced Lara Croft, while still giving us a thrilling story. If Daisy Ridley does get cast as the famous archaeologist, she could definitely play a good Lara—she certainly has the charm and athleticism to pull off the performance. As long as the writing and directing comes together, a more grounded Tomb Raider film would be welcomed to see.