The Flash Season 2 Will Feature Familiar Yet Completely New Villain 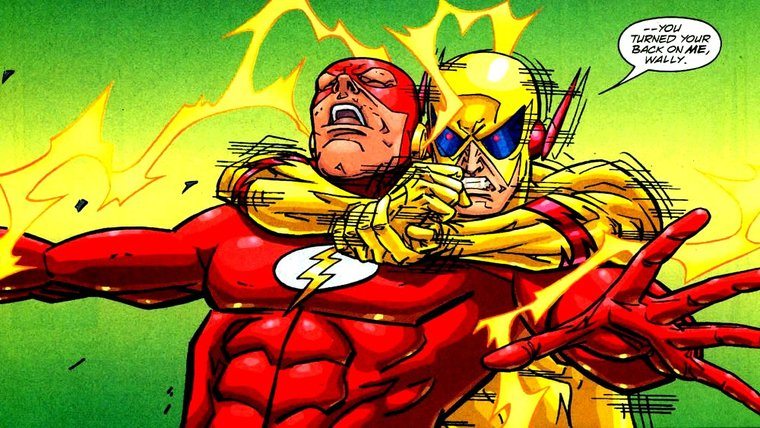 The first season of The Flash featured one of the best villains we’ve seen in a comic adaptation to date with Tom Cavanagh’s Reverse Flash. Cavanagh will still be around in some way we aren’t sure about yet, but the big bad of the season is going to be completely completely new with Zoom.

First debuting back in 2001, Hunter Zoloman showed up as a profiler in Keystone City, alongside Wally West who was the Flash at the time and the two became good friends. Then after an accident involving Gorilla Grodd, Zoloman was paralyzed and he asked Wally to use time travel to prevent this.

Wally refused while saying he couldn’t take a chance of messing up other things, but Zoloman tried the treadmill himself and an explosion gave him interesting time altering powers that deceptively seem like superspeed.

Zoom actually takes on the mantle of the Reverse Flash, though quite different from the one we saw last season with Eobard Thawne. Due to these different powers, Zoom can actually be faster than both Flash or Thawne’s Reverse Flash. This will up the ante in the villain department in season 2 of The Flash for sure.

Zoom was officially announced during a panel at San Diego Comic-Con, where executive producer Andrew Kreisberg teased the following about him. “He’s going to be terrifying and scary and fast, and it’s gonna be really cool.”

Zoom definitely likes like he will be a force of nature and the fact they didn’t announce his casting is interesting. Could a theory about a certain departed main character coming back as a villain pan out that way instead of Zoloman himself? We’ll just have to wait and see. The sizzle reel for The Flash was shown below, with a completely voiced over teaser at the end part that has the announcement of Zoom.