Big shooters like Call of Duty saw no innovation at E3 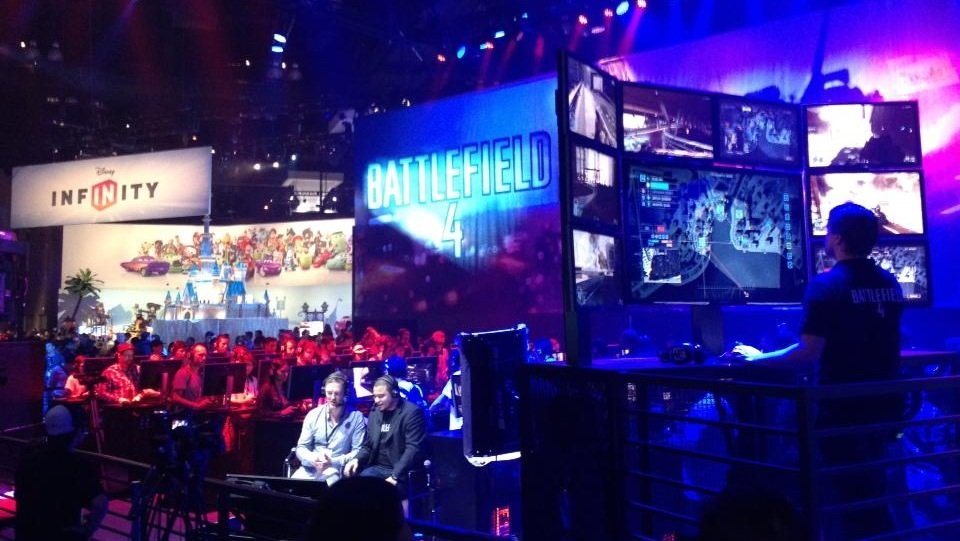 Famitsu, a Japanese magazine, recently published the Japanese industry’s take on the Electric Entertainment Expo, or E3 for short. Here is their second bit of samples:

“The number-one surprise for me was the PS4’s price. I think anyone can look at that and think ‘This is cheap!’ Putting cutting-edge PC specs into a game machine that costs just a few hundred dollars really brings across how serious SCE is about this generation. I think the Xbox One is pretty cheap considering what you get with it as well, but with this PS4 price point, they’ll have to do something to oppose that. Looking at all the new media, it’s easy to see how console gaming is still the main entertainment space people work in. I can’t wait for the next generation to really spread out into households.” – Akihiro Hino, president, Level-5

I can’t wait for the next generation to really spread out into households. – Akihiro Hino

“The show floor seemed flooded with all of these franchise titles, and as a result nothing left that much of an impression on me. The Western market has continued to mature in a way, but personally I felt like it’s definitely about to face a transition period.” – Toshihiro Nagoshi, creator of the Yakuza series

“Children these days are doing things like play online, share videos with friends, communicate on social networks, put save data on the cloud, using second screens to play games, and so on – all in the present tense. It feels like this new generation is trying to unify that environment into a standard platform. The era where they’re competing in graphical ability is over, and now we’re in an era where we compete in providing a game environment people will want to enjoy with their friends. Japan’s game scene is all about this boom in social games, but coming to E3 made me realize once again what makes large-scale titles such a good thing.” – Yoshinori Kitase, producer on Final Fantasy XIII

The Western market has continued to mature in a way, but personally I felt like it’s definitely about to face a transition period. – Toshihiro Nagoshi

“I was able to get Ace Attorney: Dual Destinies out on the show floor this year, so I was too busy with interviews to get a full look at the show floor, but seeing the PS4 and Xbox One in action was still exciting. Overseas developers showed off a lot of FPSes and third-person shooters that pursued photorealism and endless detail, but as for the gameplay, I felt there wasn’t much innovative. I feel that I need to keep watching how trends unfold overseas, but continue developing games with an eye for what a Japanese person would see as fun and bring that to the world marketplace.” – Motohide Eshiro, producer at Capcom

“In a world where our customers now have their attention divided by their PCs, their tablets and their smartphones, simply having consoles expand upon what they previously were isn’t going to work any longer. Having a system that just reads controller input, makes a screen image and outputs it to the TV isn’t going to work, no matter how rich the media it’s producing. It seems like every first party is trying to get a feel for what makes a console truly special, and that’s something developers are going to have to fee on, too.” – Tomonobu Itagaki, producer at Valhalla Games

Overseas developers showed off a lot of FPSes, I felt there wasn’t much innovative. – Motohide Eshiro

“I’m paying close attention to Metal Gear Solid 5. I became a fan of stealth action thanks to the first MGS and I’ve enjoyed a lot of titles in the genre since, including Western-made ones, but there haven’t been any that let me choose my own timing and strategy in the way they depict the passage of time. However, looking at what they released for MGS5 really excited me because it made me feel like I’ll be able to satisfy the ‘It’d sure be nice if I could do this’ urge I get with other games.” – Daisuke Ishiwatari, director (Guilty Gear) at Arc System Works

“I didn’t go around the entire show floor, but I felt like there were just a few titles aimed toward children. There was Nintendo, Disney and Sonic, and it felt like that was about it. Games targeted toward the core audience are important, of course, but being at the show made me really feel like I wanted to continue making games that kids would be interested in.” – Takashi Iizuka, director of the Sonic series